Snapshot: 1 in 13 flights were canceled during the holidays. How US airlines fared

Articles
David Slotnick is a senior aviation business reporter at TPG. He covers anything and everything to do with the business of running an airline.
Follow
Jan. 06, 2022
•
10 min read 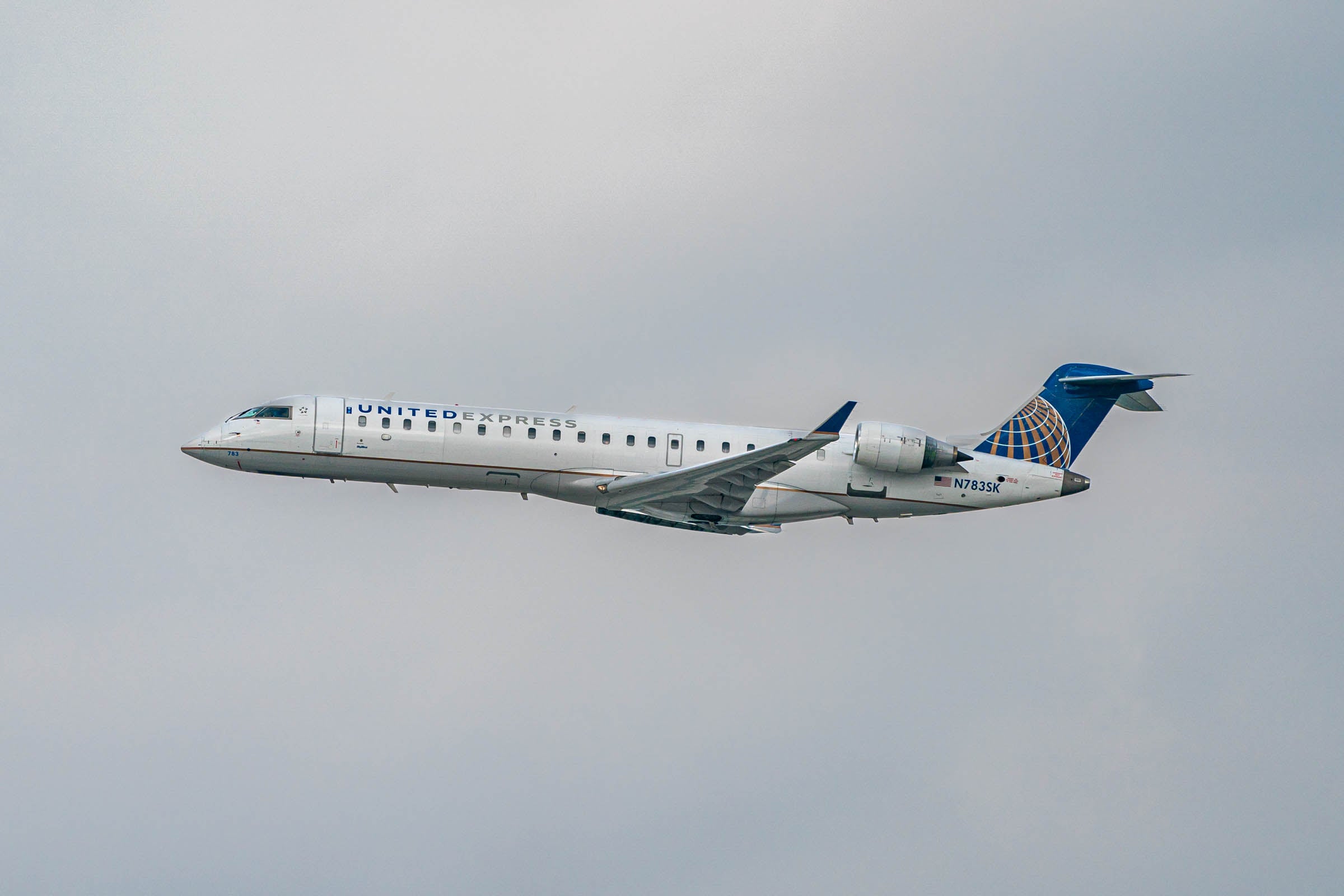 It was a rough holiday period for the airlines and their passengers.

Overall, the majority of people — 92% of scheduled flights operated — still got where they needed to go, more or less on time.

But that's little solace for the thousands of travelers stranded as a wave of COVID-19 exposures and infections hit pilots, flight attendants, baggage handlers and other airline workers.

U.S. airlines canceled tens of thousands of flights over the holiday period, struggling with the one-two punch of staffing shortages thanks to the spread of COVID-19 and a series of winter storms that slammed into multiple major airline hubs across the country.

Cancellations peaked on New Year's Day, right as travel demand hit its highest point since before the pandemic began. This meant that the flights that did operate had few open seats to accommodate passengers from canceled ones.

The holidays may be over but cancellations continue — nearly 1,800 flights to, from and within the U.S. were canceled on Wednesday, Jan. 5, for instance.

How the carriers recover from here remains to be seen. With a traditionally slow period now on tap, airlines are no longer as stretched and should have more slack to get their operations back on track before travel picks picks up again this spring. Still, for now, the omicron-related staffing shortages are likely to persist – ebbing and flowing over the coming months as the variant spreads around the U.S.

But, to look back at the two weeks that spanned the holiday period, TPG analyzed flight cancellation data provided by FlightAware and schedule data provided by Cirium. The data covered flights between and inclusive of Dec. 22 and Jan. 3 and focused on the nation's mainline airlines and low-cost carriers. The numbers look only at mainline flights, but we also included two regional airlines that suffered an outsize impact compared to similar carriers.

In total, the 11 airlines included in the analysis canceled 15,537 flights during the holiday travel period, roughly 8% of the total number of flights they had scheduled. Including smaller regional airlines and foreign carriers tracked by FlightAware with flights scheduled to or from the U.S., there were about 20,000 canceled flights during the period.

Let’s crunch the data and take a look back with a snapshot of how the big U.S. airlines performed during the cancellation-filled holiday window.

United was the first to begin making proactive cancellations for Christmas Eve, and the airline's operations continued to be hampered throughout the entire holiday travel period.

In addition to the COVID-19-driven staff shortages, winter storms in Chicago and Denver drove cancellations in the lead-up to New Year's Day and through that weekend. Although the airline got its cancellation rate down to 7% by Monday — as it dealt with storms in the Washington, D.C., area where it has a hub — United nevertheless canceled a total of 1,929 flights during the period, according to FlightAware data. That's roughly 7% of its scheduled flights during that time.

Notably, the airline was down to 78 cancellations, or 3% of its schedule, by Tuesday (Jan. 4). That was the first time that the cancellation rate fell under 5% since before Christmas Eve, although it was after the travel period being considered for this analysis.

Delta had a 6% cancellation rate for its mainline operation over the holiday period, and — just like United — cancellations began to climb on Christmas Eve.

The worst of it came on Christmas Day, with 309 flights canceled according to FlightAware — about 16% of its flights scheduled for the day.

Rare snowstorms in Seattle on Dec. 26 added to the trouble, but Delta was able to keep its cancellations to 192 overall, about 8% of its schedule. Things continued in the 5% to 7% range until New Year's Day, when storms at Delta's hub in Detroit helped push mainline cancellations to 210 networkwide — or about 11% of the schedule.

New York-based JetBlue was badly affected by COVID-19-related staffing shortages, with weather across the country further snarling its operations. The airline canceled 1,447 flights during the holiday travel period, about 11% of its schedule.

Notably, JetBlue appeared to be among the most aggressive carriers in responding to the situation once the scale of the problem became evident. On Thursday, Dec. 30, a spokesperson for the airline confirmed that JetBlue would proactively cancel 1,280 flights between that day and Jan. 13 — an average of 85 flights a day.

American Airlines largely made it through the holidays unscathed, only running into difficulty at the end. From Dec. 22 through New Year's Eve, the airline never reached 100 daily cancellations, with a rate that hovered between 0% and 4%.

The severe New Year's Day storm at Chicago, however, caused some hiccups. American canceled 218 flights on Jan. 1, about 9% of its schedule, and about 6% of its schedule on the following two days.

Still, a relatively low total of 954 cancellations across the holiday period meant an overall cancellation rate of just 3%.

Southwest, interestingly, nearly made it through the entire holiday period without a hitch. The airline canceled only a small percentage of its flights through Christmas and New Year's Eve. Its worst performance up to that point was on Dec. 31, when it canceled 108 flights, or 4% of its schedule.

But then things quickly devolved.

Storms in Denver on New Year's Eve, as well as in Chicago over the weekend and in the Washington-Baltimore area on Monday, caused major disruptions across Southwest's flight lines.

On Monday, Jan. 3, cancellations peaked at Southwest. A total of 644 flights were canceled, according to FlightAware — nearly 1 out of every 5 Southwest had scheduled for the day.

Still, overall, the airline performed generally well during the holiday period — from Dec. 22 to Jan. 3, Southwest canceled just 4% of its scheduled flights.

Alaska Airlines all but melted down beginning with the rare Seattle snowstorm on Dec. 26, and is still struggling to recover. Alaska canceled 200 flights, just shy of a third of its operation, on Boxing Day, and did not bring its cancellation rate below 10% for the rest of the holiday period. The carrier's overall average cancellation rate for mainline flights was 14%. However, things appeared to be slowly improving by Tuesday — the day after our data snapshot — when Alaska canceled just 58 flights, or 9% of its schedule.

SkyWest is a regional airline that flies for the major U.S. carriers, including Delta flights out of Seattle and Detroit, United flights from Denver, and both United and American flights out of Chicago O'Hare.

That meant that SkyWest had exposure to pretty much all of the storms over the holiday period, and that certainly took a toll.

Things were okay until Christmas, but the Seattle storms contributed to 280 SkyWest cancellations on Dec. 26, a solid 12% of its schedule. As it struggled to recover, storms in other cities kept SkyWest back-footed, culminating with 570 cancellations on Jan. 2, a quarter of the airline's flights for the day.

The regional carrier suffered an overall 13% cancellation rate from Dec. 22 to Jan. 3, and things still aren't looking up: The airline canceled 200 flights on Tuesday, Jan. 4, about 9% of its operations.

Unfortunately, it is impossible to tell from the available data which mainline carrier SkyWest's affected flights were servicing.

Mesa is a regional airline that flies for both American and United. Like SkyWest, Mesa has a lot of exposure to cities that experienced storms during the holidays and had an exceptionally difficult time, cutting 12% of its total flights during the holiday travel period. Things got worse as 2022 got underway; the airline canceled 99 flights on New Year's Day (23%), 143 on Jan. 2 (29%) and a whopping 163 (34%) on Monday, Jan. 3.

Spirit performed well through Christmas, but canceled 85 flights on Dec. 26 and never fully recovered. The airline canceled roughly 9% of its flights over the entire holiday period, peaking with 123 cancellations on New Year's Day, 16% of the day's scheduled flights.

Of the low-cost airlines, point-to-point carrier Allegiant had the worst performance with a 14% cancellation rate. Things seemed to be going fine until Christmas Eve, when the airline canceled 36 flights (8%). On New Year's Eve, it cut 109 flights. While that actual number is low compared to some of the other airlines, Allegiant only had 454 flights scheduled that day, according to Cirium, meaning a cancellation rate of about 24% for the day.

Frontier had a remarkably consistent performance throughout the holidays, canceling just 5% of its flights. Its only day with more than 10% of flights canceled came on Jan. 2 (79 flights, or 16%).

Featured image by Photo by David Slotnick/The Points Guy
Editorial disclaimer: Opinions expressed here are the author’s alone, not those of any bank, credit card issuer, airline or hotel chain, and have not been reviewed, approved or otherwise endorsed by any of these entities.