Articles
Scott Mayerowitz is the executive editor of TPG and oversees all of TPG's editorial coverage. He previously was a reporter, then editor, at The Associated Press and reported for ABC News.
Follow
May 21, 2021
•
5 min read 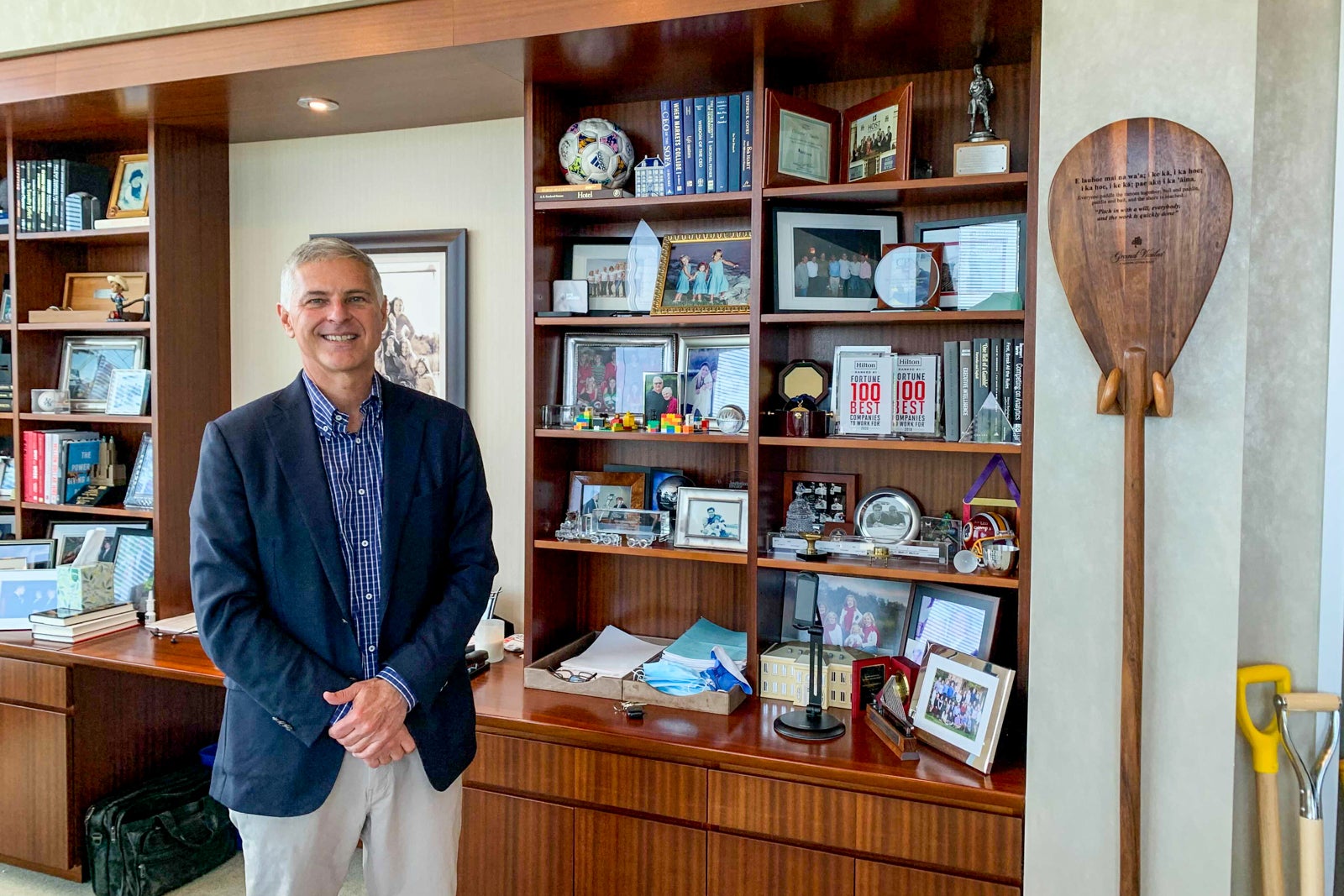 Americans are ready to take vacations again, hotel rooms are being booked at levels that could surpass the summers of 2018 and 2019 and Nassetta predicts it will be nothing short of a “blockbuster travel season.”

But the experience will be different, and hotels are going to be short on staff, Nassetta warns.

Now, Hilton is transitioning to “a more normal existence” with hot breakfasts soon returning at its premier brands. But guests should still expect reduced restaurant hours, fewer menus and longer wait times. Hotels can’t get enough staff, with many folks staying home because of ongoing health concerns and a lack of childcare.

“The summer is going to be difficult, and I want to be honest with customers, there's a limit to what we can do,” Nassetta warned.

By the fall, most services should be fully operational, Nassetta said. That’s just in time for offices to reopen, kids to go back to school and business travel to boom. As for group bookings and conventions, Nassetta says those will trickle in during the fall but not return in force until 2022.

And it’s those big events that really matter to Hilton’s bottom line.

In a normal year, only 25 to 30% of Hilton’s revenue comes from vacationers. The rest is a result of business trips and events. But he’s confident those trips will return.

“If you think about the history of technology, like when the telegraph was invented, the telephone, the computer, cell phones — every single time there was a debate about, well, people don't need to travel as much. But that's not what happened."

In each of those cases, Nassetta said, people were better connected, and the world sped up. Sure, more routine actions no longer required a trip, but people instead found “higher value” reasons to travel.

So, in-person conferences will still happen, but they'll also have a remote component. The room will still be packed, but now thousands of others can also attend a lower-cost option.

Companies might shift more training sessions online but still need to bring teams together to map out strategies. There's a real fatigue of video conferencing with people now saying “get me off this thing.”

And though you shouldn't expect to wear sweatpants or leggings to work when offices reopen, the days of suits and ties are probably gone too, except for important customer or political meetings.

“I will definitely have to wear a tie again, but I will wear it a lot less,” he said. “I will wear a tie if I go to the Capitol Hill, if I go to the White House. I'm not wearing ties on live TV and I don't think I ever will again. I mean, half the people are wearing, like T-shirts.”

Nassetta wouldn’t elaborate more but said his team is constantly evaluating the expiration of free-night certificates, status and points.

“Within reasonable boundaries, we're going to try and be very flexible,” he added.

Summer vacations will be domestic

While European borders are reopening, Nassetta expects most people to stay closer to home. “It's natural to sort of restrict your radius a little bit more,” he said.

The last thing families want to do is have a European vacation planned, only to see the borders close again and then scramble to find a last-second domestic trip.

So, most will probably just plan some in the United States for added certainty.

Like so many other travelers, Nassetta is eager to hit the road again this summer. He’s taken work trips periodically throughout the pandemic but nothing like his old habits. The CEO of the world’s second-largest hotel company says he gets his energy from being out in the field and seeing what employees are doing at hotels.

“What I'm most looking forward to is just getting back on the road,” he said. “I chose the career I chose because I love people and I love traveling places and I love cultural exchange and I have been starved for it for the last year and a half.”

Related stories
1st look: American Airlines, British Airways unveil 3 gorgeous lounges in JFK's Terminal 8
Icelandair adds Detroit as newest US route
Frontier Airlines' unlimited all-you-can-fly pass now valid for kids, includes $200 flight credit
Here are the best Travel Tuesday flight deals
Featured image by Chris Nassetta, president and CEO of Hilton in his office in McLean, Virginia on May 20, 2021. (Photo by Scott Mayerowitz/The Points Guy)
Editorial disclaimer: Opinions expressed here are the author’s alone, not those of any bank, credit card issuer, airline or hotel chain, and have not been reviewed, approved or otherwise endorsed by any of these entities.