Here's Where You Can Find Caviar On Airplanes 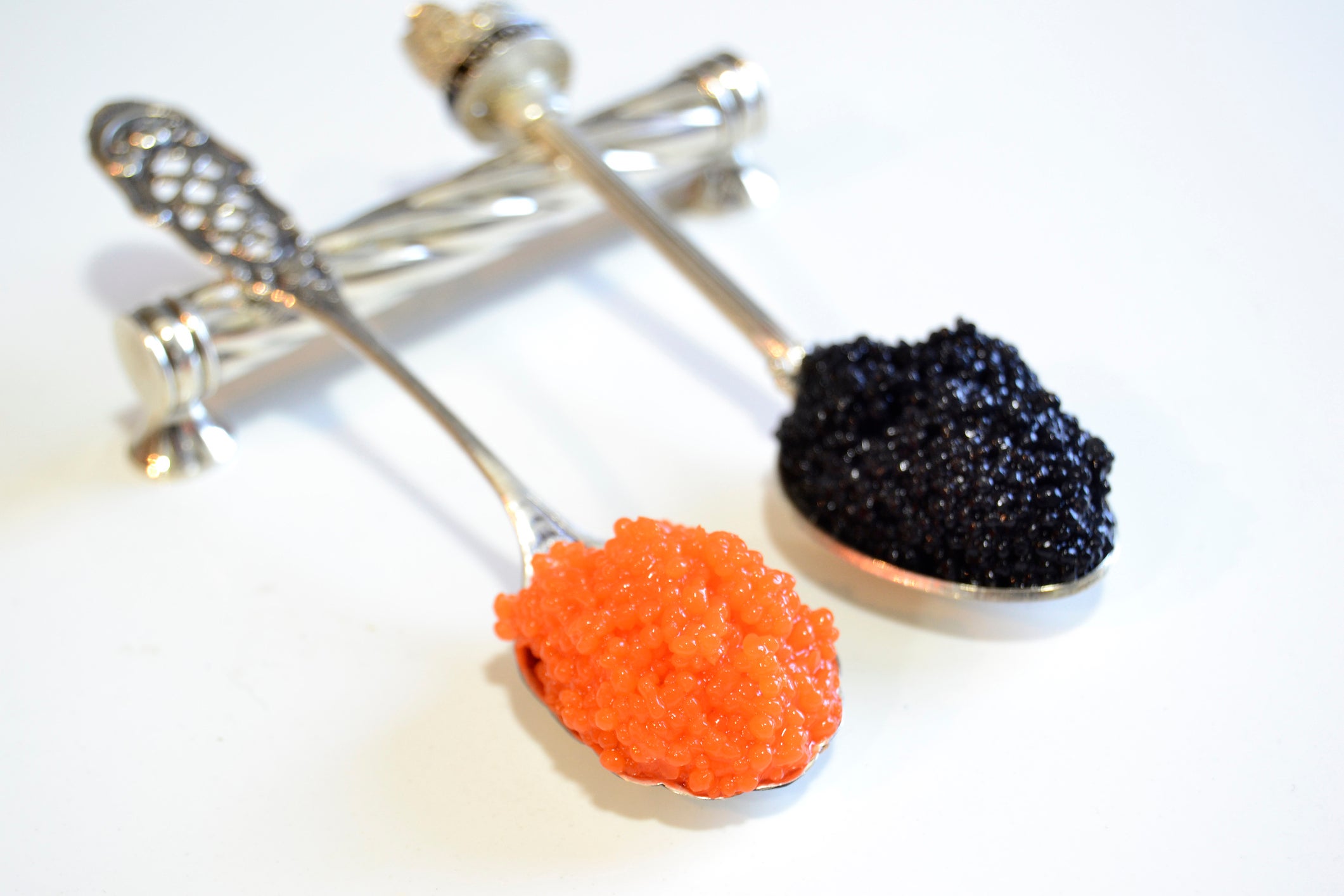 Here's Where You Can Find Caviar On Airplanes
This post contains references to products from one or more of our advertisers. We may receive compensation when you click on links to those products. Terms apply to the offers listed on this page. For an explanation of our Advertising Policy, visit this page.

"Would you like caviar with that?" For many gourmet high fliers, fewer questions sound as sweet at 30,000 feet. The pearly delicacy that is caviar, the salt-cured roe of the Acipenseridae fish (those bony, funny-looking sturgeons) is virtually synonymous with the lifestyles of the rich and famous. Not surprisingly, numerous airlines are only too happy to serve this luxury indulgence, the better to please the palates of the famished airborne gourmet.

It's common for airlines to not identify the specific caviar provider on their in-flight menus. Whether or not that is because much of the supply comes from Chinese brand Kaluga Queen—now the world's largest caviar producer—is difficult to say, but renowned Russian and Iranian brands of Beluga, Osetra and Sevruga caviars do make a solid showing in the skies. Usually when the delicacy is available it's offered in the first class cabin only, but sometimes in business class too.

While many legacy international carriers serve caviar at least some of the time in first class, not all do. British Airways, for example, doesn't do caviar. Sometimes airlines will offer it, but may have menus that skew toward other upscale edibles like foie gras (case in point, Air France). And of course, caviar is plated differently from airline to airline, with accoutrements that vary: tangy blinis here (think Lufthansa), crisp shrimp crackers there (Garuda Indonesia).

Thought we won't say it's exhaustive, and menu selections are always subject to change according to aircraft and routing, here's our rundown of airlines where you can count on seeing caviar served in first class (or sometimes business) fairly regularly:

SAS: The vendace roe caviar known as Kalix Löjrom, of Baltic Sea provenance, is served with crème fraiche and chives in Business Class as soon as the season starts, meaning SAS will have Kalix Löjrom available from November and for the six months following.

Lufthansa: The German flag carrier is famous for its First Class caviar service with the traditional garnishes: "as much an intrinsic part of our First Class service as the iconic red rose," according to the airline itself. Caviar is sourced from Kaluga Queen as well as Italian purveyor Agroittica Lombarda.

Korean Air: Korean does caviar in First, and very nicely at that: think Ossetra Caviar de Venise made specially for the airline (sourced from Italian caviar purveyor Calvisius), as TPG's Reviews EditorNick Ellis recently savored on a flight in first class from Seoul to San Francisco.

Air China: Caviar has been served as an appetizer in First Class on long-haul routes including departures from SFO.

Garuda Indonesia: In First, caviar is served with Kerupuk (shrimp crackers) as well as blinis and crème fraiche.

Cathay Pacific: Russian Malossol Caviar is served in First Class on selected routes, Calvisius on others.

Saudia: There's generally a selection of six hors d'oeuvres in First Class on Saudia, including two hot choices and caviar. You won't however be able to drink Champagne, or vodka like on Lufthansa, with it — Saudia is a dry airline.

Swiss: Leave it to the Swiss to do things a little differently and with elan too. While there is currently no regular caviar service on board, Swiss does offer a special caviar tasting during the first two weeks of May as part of the airline’s Connoisseur Experience.

Aeroflot: No caviar guaranteed on board, but the dish has been known to show up as a starter course in Comfort and Business class on the Russian carrier. (Aeroflot doesn't have First.)

Iran Air: Iran is one of the world’s leading producers of caviar, so it would be natural to assume its fllag carrier offers the delicacy on its flights. Confirmable information is hard to come by, but Iran Air has been known to include Shilat Sevruga Caviar as part of its onboard catering.

Qatar Airways: Flying in First aboard Qatar Airways, you can certainly expect caviar as a starter option, and we’re probably talking premium grade Ossetra with spongy fresh blinis, as TPG himself has happily experienced.