Articles
Katherine Fan is a former senior travel features reporter at The Points Guy who covered everything from personal finance to travel and aviation.
April 24, 2018
•
5 min read 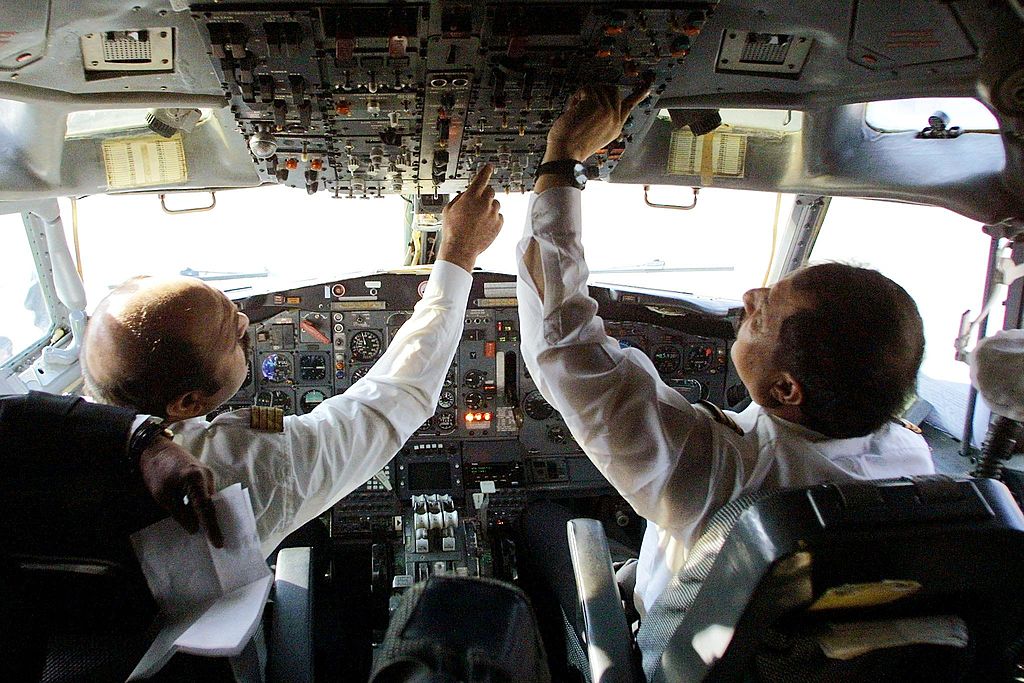 Here's What Pilots Are Earning (It's Not As High As You Think)
This post contains references to products from one or more of our advertisers. We may receive compensation when you click on links to those products. Terms apply to the offers listed on this page. For an explanation of our Advertising Policy, visit this page.

Financial publication 24/7 Wall Street just released its "25 Highest Paying Jobs" list for 2018, as compiled by from the US Department of Labor's latest data on median pay across all industries.

It's no surprise that pilots are some of the best-paid workers in America. Yet, it's interesting to note that the data suggests the industry is growing at a slower average pace than others. A number of airlines, particularly regional carriers, have voiced concerns about a growing shortage of qualified commercial pilots after the Federal Aviation Administration (FAA) increased the qualification requirements for first officers in 2013. Many airlines are also trying to boost the number of female pilots in their employ, partly in order to balance out the gender wage gap.

For most wannabe pilots, however, training costs are the prohibitive barriers to entry. It can be intimidatingly expensive to fund a commercial aviation career out of one's own pocket, even if daily deal sites like Groupon and LivingSocial make private pilot lessons and licenses relatively financially attainable.

"Pilot training is a little bit like medical school in that one has to be career-focused and willing to go into debt while earning the appropriate licenses and aircraft type ratings," TPG contributor Paul Thompson said. "If you don’t own an aircraft, even being a private pilot can cost well over $100 per hour, not including the cost of the required classroom training. Total costs could easily exceed $200,000 to rack up those 1,500 hours, while the starting salary at many regional airlines starts below $30,000." For passengers, Thompson said, fewer pilots means fewer airline routes and a reduction in seat supply, which would in turn drive up demand, increasing fares.

Historically, many ex-military pilots have successfully transitioned to the commercial side of aviation to establish fulfilling civilian careers. But they still aren't enough to fill the growing need for additional pilots. In order to help offset the cost of pilot training, a number of airlines have launched long-term recruiting initiatives with the big-picture goal in mind. EasyJet pilots, for example, visit schools and colleges to educate students about careers in aviation, while Southwest Airlines offers pilot scholarships for promising candidates through the Women in Aviation nonprofit.

American Airlines went one step further today, announcing the launch of its Cadet Academy as the "first-of-its-kind program designed to help future aviators receive the training, financing and mentoring opportunities they need to fly for the world’s largest airline." Qualified cadets will undergo up to 18 months of aviation training to become first officers at one of American’s three regional carriers – Envoy, Piedmont or PSA. Based on performance, graduates would eventually be able to move up the ranks to fly larger aircraft for American Airlines.

Cadets will pursue their education through one of American's three flight school partners: American Flyers in Dallas, and Pompano Beach, Florida, Crew Training International (CTI) in Memphis, Tennessee and CAE in Phoenix, Arizona. To help with the financial side, Discover Student Loans will offer variable and fixed interest rate private student loans with deferred payments and zero fees for the duration of the training course — up to three and a half years — covering up to the total cost of the program, including room and board. Depending on the flight school selected, program costs range from $72,855 at CTI to $89,165 at CAE.

AA's Cadet Academy sounds like a very intriguing option for potential pilots, and seems to guarantee jobs for qualified graduates. Yet it still remains to be seen whether the program will help new pilots climb out of education debt quickly enough. While pilots for large domestic and international airlines may be raking in the dough, regional pilots still make far less. In December 2016, aviation publication AIN shared the estimated first-year pilot base salaries for a number of regional airlines, including the three American Airlines regional subsidiaries for which Cadet Academy graduates would fly. As of August 2016, PSA first-year pilots averaged $22,104 in annual pay before bonuses, Envoy Air pilots averaged $23,256, and Piedmont Airlines pilots earned the highest average pay at $26,422 annually.

Update: Since the August 2016 report published by the Air Line Pilots Association, American Airlines' regional carriers have significantly increased first-year pay for first officers. According to an AA spokesperson, first-year pilots with PSA, Envoy or Piedmont can expect an annual salary of around $39,000 per year, with bonuses of around $21,000 per year, bringing a first officer's total compensation to the $60k mark for their first year.