Articles
Emily McNutt is The Points Guy's Global News Editor and is based in London.
Follow
Aug. 17, 2017
•
6 min read 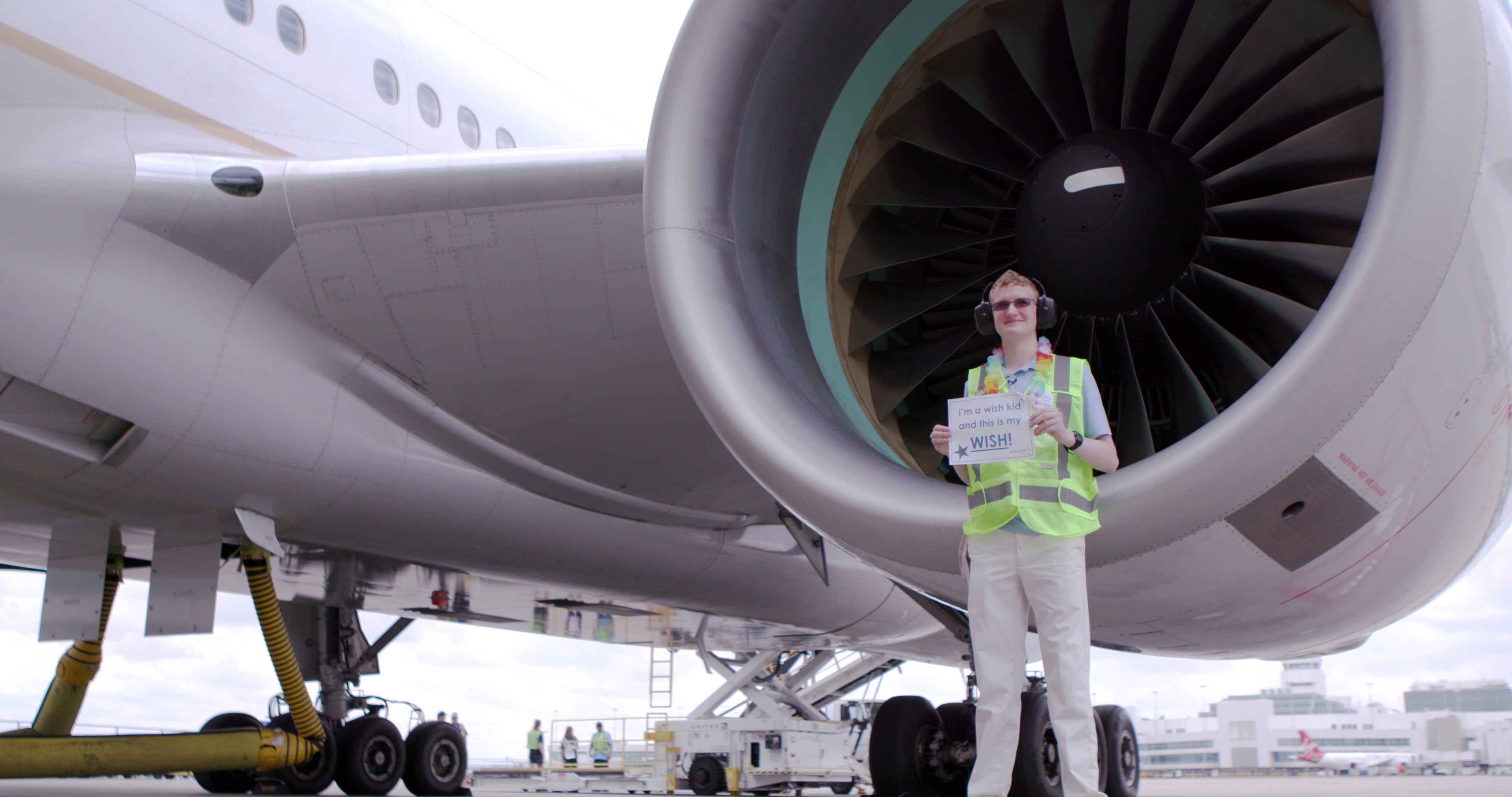 How United Airlines and Make-A-Wish Helped This 17-Year-Old Become a Pilot
This post contains references to products from one or more of our advertisers. We may receive compensation when you click on links to those products. Terms apply to the offers listed on this page. For an explanation of our Advertising Policy, visit this page.

The Points Guy has teamed up with the Make-A-Wish Foundation to help dreams come true for children who are fighting life-threatening medical conditions. Since more than 2.8 billion airline miles are needed to cover travel for every child’s wish this year alone, they need our help to make that happen.

We’re sharing the stories of how four carriers — American Airlines, Delta Air Lines, Southwest Airlines and United Airlines — are helping Make-A-Wish to grant travel wishes. We’re asking you to donate your miles — as many as you can — to help. Please visit the Make-A-Wish website, where you can donate points and miles from American, United, Delta, Southwest and JetBlue. And for every 5,000 miles you donate, you’ll get one entry into our contest, where you can win one of five one-on-one points and miles consultations with TPG himself.

Today, we’re highlighting how United Airlines helped to fulfill one 17-year-old's dream of becoming a pilot.

Ever since he first learned about planes, Sean quickly became infatuated with aircraft. So, when Sean, who has cystic fibrosis, was granted a wish, it was an easy decision: to become a commercial airline pilot. United heeded the Make-A-Wish Foundation's call and made sure Sean and his family could partake in two full days of AvGeek heaven, including becoming a pilot and learning the ins and outs of what it takes to operate a plane.

The two-day journey started with Sean and his family heading to Washington Dulles International Airport (IAD) to meet up with Omar Garcia, a United assistant chief pilot at IAD. First, they toured the National Air and Space Museum, which is located just outside IAD. Then, as the afternoon approached, they made their way terminal side at IAD, through security and to flight operations. Garcia showed Sean around the facility so he could get a behind-the-scenes look at a United pilot's daily operations, including pre-departure protocol and planning. Then, Garcia brought Sean up to the ramp tower, where he was able to get 360° views of IAD — a true AvGeek's happy place. United gave Sean a headset, allowing him to listen to ATC and see what it takes to keep flights running seamlessly.

After a tour upstairs, Sean made his way to the tarmac to get up close and personal with a Boeing 767 that was parked at the gate. Sean and Garcia donned safety vests and earplugs and did a walk around the aircraft, completing the usual pre-flight checks. Then, it was time to go back up to the cockpit, where he was able to sit in the first officer's seat. Sean asked Garcia to replicate a flight, so the two of them did a simulation of a flight from IAD to Newark (EWR), allowing him to plan the approach, alert passengers of their time of arrival and go through in-flight checklists, among other pilot tasks.

Then, it was time for the main event, made possible by Make-A-Wish and United. Having never flown on a plane before, Sean was thrilled to go on his first flight, from IAD to Denver (DEN). Upon heading to the gate, Garcia and Sean ran into the flight's captain and first officer — the family was also able to board early, allowing him to soak up every possible minute of the experience.

Garcia said he was shocked by how much Sean knew about planes — especially considering he'd never been on one before. The United employee would point to an aircraft on the tarmac and Sean would be able to correctly identify if it was Boeing or Airbus, what member of the Airbus family it was from and whether it was an A320 or an A319 if it had two exits over the wing instead of one. "He was in his element 150%," Garcia said.

After the family arrived in Denver, they were treated to a day at the training center, including a stint with the flight simulator. All in all, it was an extremely memorable experience, not only for Sean and his family, but also for Garcia and all the United employees involved.

United has teamed with Make-A-Wish for more than 30 years, helping to make wishes like Sean's come true. In all, the carrier has donated more than 550 million miles, helping to fulfill more than 10,000 tickets for wish kids. "This is what we do as a company," Garcia said. "We really enjoy giving back to the community and our customers and employees. It's a great feeling to give back."

In order to make more dreams like this come true, Make-A-Wish needs more points and miles. Of the 15,200 wishes the organization granted last year, 77% required some form of air travel, like flying Sean and his family from the D.C. area to Denver. You can do your part to help grant wishes like this by donating your American AAdvantage miles, DeltaSkyMiles, United MileagePlus miles, Southwest Rapid Rewards points or JetBlue TrueBlue points to the organization.

Once you’ve donated, send an email to donatemiles@thepointsguy.com with a screenshot of how many miles you’ve given to be entered to win one of five special one-on-one consultations with The Points Guy in New York City, where you’ll learn how to replenish the points and miles you’ve just donated. For every 5,000 miles you donate (regardless of from which program) you’ll get one entry into the contest, so the more you donate, the more chances you’ll have to win. You can view the official TPG sweepstakes rules here for more details. Donating can also help to keep the miles in your account from expiring, so if you have 50,000 miles that are getting close to the expiration date, donating any amount will keep them all active.

Stay tuned for more inspiring stories of how Make-A-Wish has teamed up to make kids’ wishes come true throughout the month of August.