Hearst Castle to reopen after 2 years 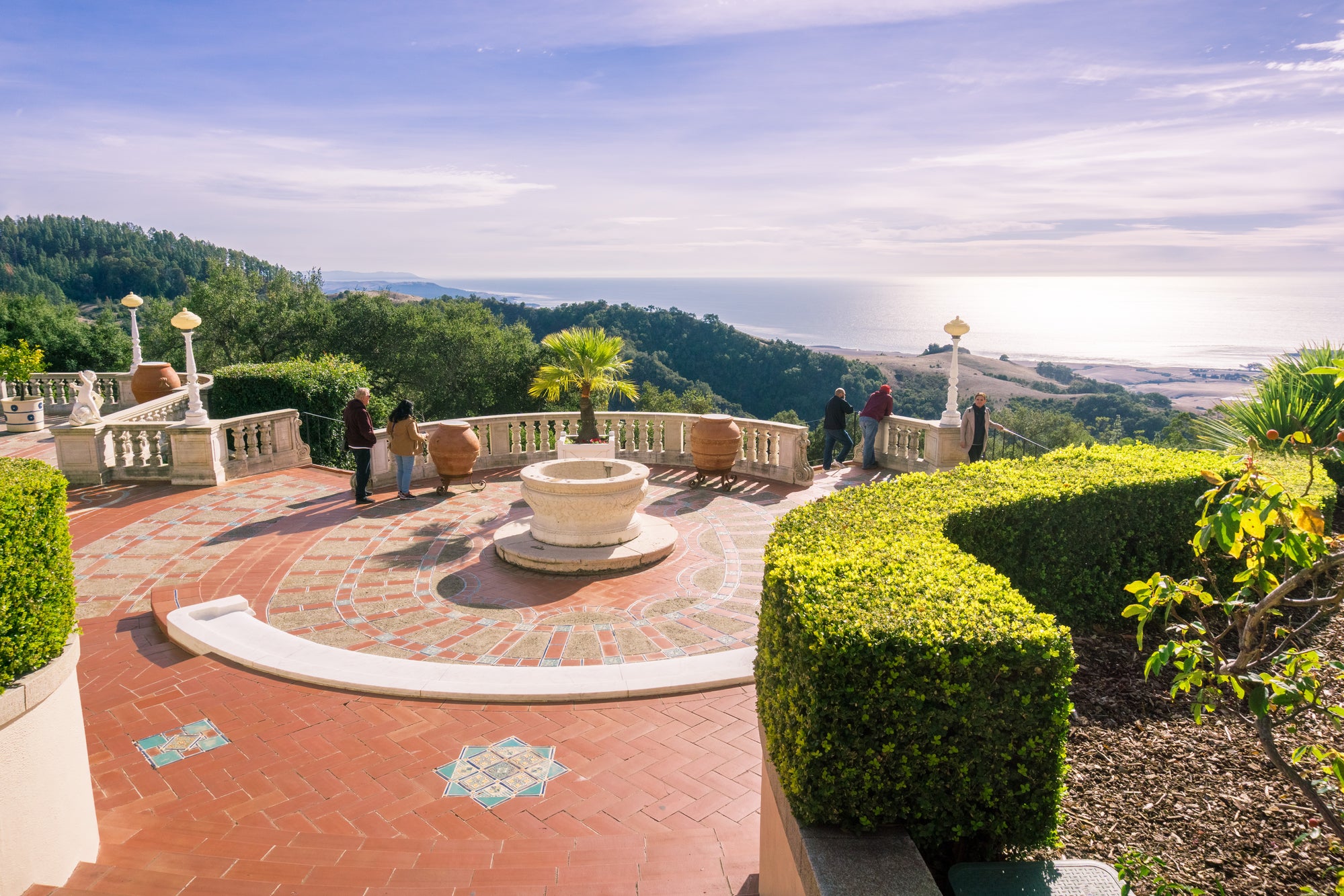 First constructed in 1919, the 120 acres of pools, buildings, gardens and walkways located in California’s coastal San Luis Obispo County closed in March 2020 at the start of the COVID-19 pandemic. Even as the state reopened tourist destinations, though, Hearst Castle remained closed to tourists after storms in early 2021 damaged the access road to the property.

However, California State Parks announced this week that the property will reopen to guests beginning May 11.

With an iconic view of the Pacific Ocean, Hearst Castle sits atop “La Cuesta Encantada” (The Enchanted Hill) and was the creation of publishing giant William Randolph Hearst and architect Julia Morgan. The two collaborated over the course of three decades to build the sprawling estate, anchored by the 115-room main house, “La Casa Grande,” which is home to Hearst’s art collection.

According to California State Parks, more than three-quarters of a million people visit each year to tour what the state calls a “world-renowned house museum.” The property is a popular destination among visitors who can embark on numerous tours and take in the magnificent architecture, pools, gardens and views of the California coastline.

Like most tourist destinations, Hearst Castle had to shut its doors as COVID-19 swept across the country in March 2020.

Just as the pandemic situation began to improve in early 2021, though, the property ran into another obstacle. Severe rainstorms caused significant damage to the steep access road that carries visitors to Hearst Castle -- a road the state says rises 1,650 feet over the course of 5 miles.

Over the last 10 months, crews worked on the upper 2-plus-mile portion of Hearst Castle Road, reconstructing the asphalt and upgrading underground infrastructure to make the road safe for the many cars and more than 22,000 buses that travel it annually.

At a cost close to $14 million, the project is nearing completion according to state leaders, and Hearst Castle will finally be able to reopen to visitors.

“We are confident that these once-in-a-lifetime repairs and improvements to the road facility will serve countless generations to come,” California State Parks Director Amanda Quintero said in a statement Thursday.

Hearst Castle added its enthusiasm on its own social media post Thursday, sharing the state’s announcement with the message: “Exciting news!”

The state slated May 11 as the property’s reopening date. Ticketing for Hearst Castle will begin on March 31.

According to California State Parks, these changes will actually make visits to Hearst Castle less costly for visitors, with all fees now integrated into one total price. The state estimates the cost saves visitors between $3 and $6, depending on the ticket.

As part of the reopening, Hearst Castle will host a “delayed celebration” of the 100th anniversary of the construction of the castle. As part of the celebration, the property will offer a new on-property excursion called the Julia Morgan Tour. The new tour provides an in-depth look at Morgan’s life and career, and takes visitors to “rarely seen areas” of the property. According to Hearst Castle’s website, tickets for the tour cost $100 for adults and children.

Getting to and from Hearst Castle

The closest airport to Hearst Castle is San Luis Obispo County Regional Airport (SBP), located about an hour away from the property. While this is certainly an option for travelers who want to spend minimal time in the car, the airport does have a limited number of destinations.

Alaska, American and United all fly to three western hubs each.

To reach a wider array of destinations, your best bet may be to travel between three and four hours north, or south, to the Bay Area or Los Angeles.

Let’s start with travelers who want to head south to Los Angeles. Between Hearst Castle and LAX is the city of Santa Barbara, where I found a couple of impressive points redemption options for those looking to turn their trip to Hearst Castle into a weekend excursion.

I initially began looking at weekend stays on points in the area, but found it easier to use points -- or to at least get a good redemption rate -- during the week, in this particular case. So, I looked at one-night stays for May 11, the day Hearst Castle reopens.

Related: A road trip in California on the cheap with points

The Ritz-Carlton Bacara, near Santa Barbara, has stunning views of the Pacific Ocean. A one-night stay is expensive: $940. However, you can get the night for a combination of 60,000 Marriott Bonvoy points plus $150. According to TPG’s valuations, 60,000 Marriott Bonvoy points are worth about $480; when you add the $150, you’re still saving significant value compared to the full cash rate.

Travelers choosing to fly in and out of the Bay Area can take a stunning drive up the Pacific Coast Highway on their way to San Francisco or San Jose.

I plugged in Monterey as a nice stopping point along the way, and found a nice redemption at a Hyatt property with an even better view. The Hyatt Carmel Highlands overlooks California’s rugged Big Sur central coastline. Instead of booking the $630 rate for that same May 11 night, you can book it for 30,000 World of Hyatt points which, according to TPG’s valuations, are worth about $510.

I also found plenty of cash rates between $200 and $300 for the night at various hotel brands to the north and south of Hearst Castle.

Tourists with Hearst Castle on their bucket lists have had to wait two years while the property faced a global pandemic and millions of dollars in damage because of rain.

Starting later this spring, though, the sprawling and historic property will welcome guests for the first time with revamped pricing and new tour options.

You also might want to check the California Department of Public Health and San Luis Obispo County Public Health guidelines before your visit, to prepare for any COVID-19 protocols in place at the time of your visit.

Featured image by SundryPhotography/Depositphotos.com
Editorial disclaimer: Opinions expressed here are the author’s alone, not those of any bank, credit card issuer, airline or hotel chain, and have not been reviewed, approved or otherwise endorsed by any of these entities.