Another One Bites the Dust: Hawaiian Airlines Moves to More Variable Award Pricing

Articles
Nick Ewen is a director of content at TPG and was one of the site's first contributors in 2012. He’s visited 52 countries (and counting) and has taken his 7-year-old daughter to 24 of them.
Follow
April 23, 2019
•
7 min read 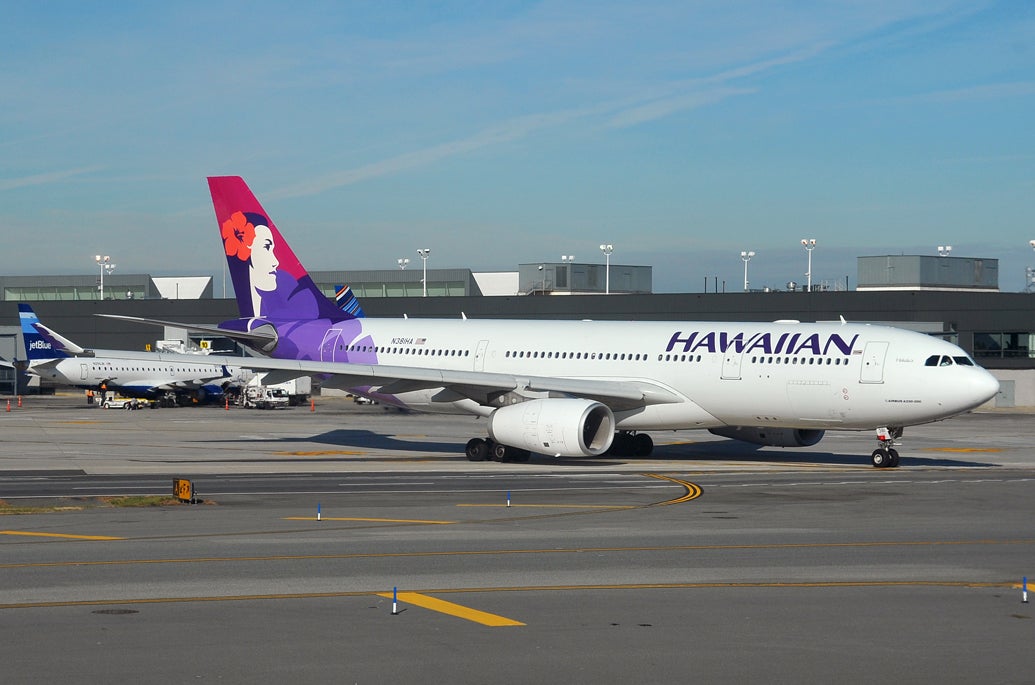 If there's one thing we've learned about airline loyalty programs, it's that devaluations with one program tend to lead to similar (or even identical) changes in another. So when United formally announced it would be removing award charts and moving toward more variable pricing, and with American showing a similar trajectory, it was only a matter of time before another carrier followed suit.

That time is now, as Hawaiian Airlines just announced changes to its HawaiianMiles program that appear to be nothing less than a move toward dynamic pricing of award tickets rather than fixed levels. I'll let the charts speak for themselves. Here's the old award chart:

And here's the new one that is already in effect:

As you can see, the biggest change is that the airline is shifting away from clearly-defined award buckets. Instead of using separate "saver-level" pricing, it simply provides a range. Sure, flights may still be available at that lowest award price, but combining three, distinct tiers into a single range (with significantly higher upper ends) is a dangerous shift.

It's also worth noting that this was done with zero advance notice for members. TPG Editorial Director Scott Mayerowitz received an email with the changes at 3:10pm Eastern Time, and the new award chart was already live on Hawaiian's website.

Overview of the Changes

Let's start with the smallest impact area, which are Neighbor Island flights. Under the old chart, these flights would either be 7,500 miles or 15,000 miles each way in economy. That low end remains, but now they could price as high as 20,000 miles each way. However, these typically aren't a great redemption, as paid rates are generally quite low.

The much bigger implications are for flights from the US to Hawaii. The old award chart treated all of North America as a single region, so flights from Los Angeles (LAX) to Hawaii would follow the same pricing tiers as those from New York-JFK. Under the new award chart, that has changed.

Here's a comparison of old vs. new:

This shift to different pricing from the East Coast is a major change, as the lowest-priced awards have jumped 50% as a result. But note that the high end of the range has more than doubled. This essentially gives Hawaiian the ability to price awards wherever it wants, like this round-trip from JFK-HNL over the Christmas holidays:

While the lower end of these awards remain the same, the higher end has jumped by 58%! Business class awards are technically a bit cheaper now, as the high end of the range has dropped from 130,000 miles to 80,000 miles, though that's still an incredibly poor value for a relatively short flight to the Aloha State.

Other Routings Are Even Worse

If you think those changes are bad, note the new ranges for flights from North America through Honolulu (HNL) to other international destinations. Amazingly enough, the high end of economy ranges are in some cases lower than the high end of the business class ranges. Here's a chart with an overview of these changes for economy class:

In some cases, the high end of the range has more than doubled from the previous rates, though again, the mere fact that these are ranges as opposed to clearly-defined award buckets effectively means that the program has shifted to full-on variable pricing.

One of the only (minor) positive aspects of these award chart changes applies only to Hawaiian elites or those who hold one of the carrier's cobranded credit cards. These members currently have access to discounted economy award tickets when flying between the islands and between Hawaii and North America, and this option is being expanded across the entire route network. However, these discounts apply to the new award chart ranges, so these discounted awards aren't as useful as you might thing.

This is fundamentally a devaluation, especially for East Coast residents looking to fly to Hawaii, yet the airline's PR team is positioning it as a complete positive for members. Note the use of phrases like "added convenience" and "more flexibility" in the statement from Hawaiian's newsroom:

That is pure and simple spin.

We've seen many instanced of airlines copying each other with loyalty program devaluations, and this shift toward more dynamic award pricing is a prime example: Delta, Flying Blue, United, American and now Hawaiian (to name a few). Not only is the carrier changing how it classifies North America; it's also boosting the high end of its award tiers, in many cases by a significant amount. And to top it all off, this was done with no notice to members.

Would many travelers have chosen to redeem 60,000 miles for a one-way economy award from North America to Hawaii? Probably not. However, that's not the point. Hawaiian Airlines is making a fundamental shift in how it's pricing award tickets to provide the ability to jack up award rates during periods of high demand, and by doing so without warning and spinning it as a positive, the carrier is effectively slapping its members in the face.

Featured image by A Hawaiian Airbus A330 at New York JFK. (Photo by Alberto Riva/TPG)