Most of Hawaii Under Hurricane Warning as Category 4 Lane Approaches 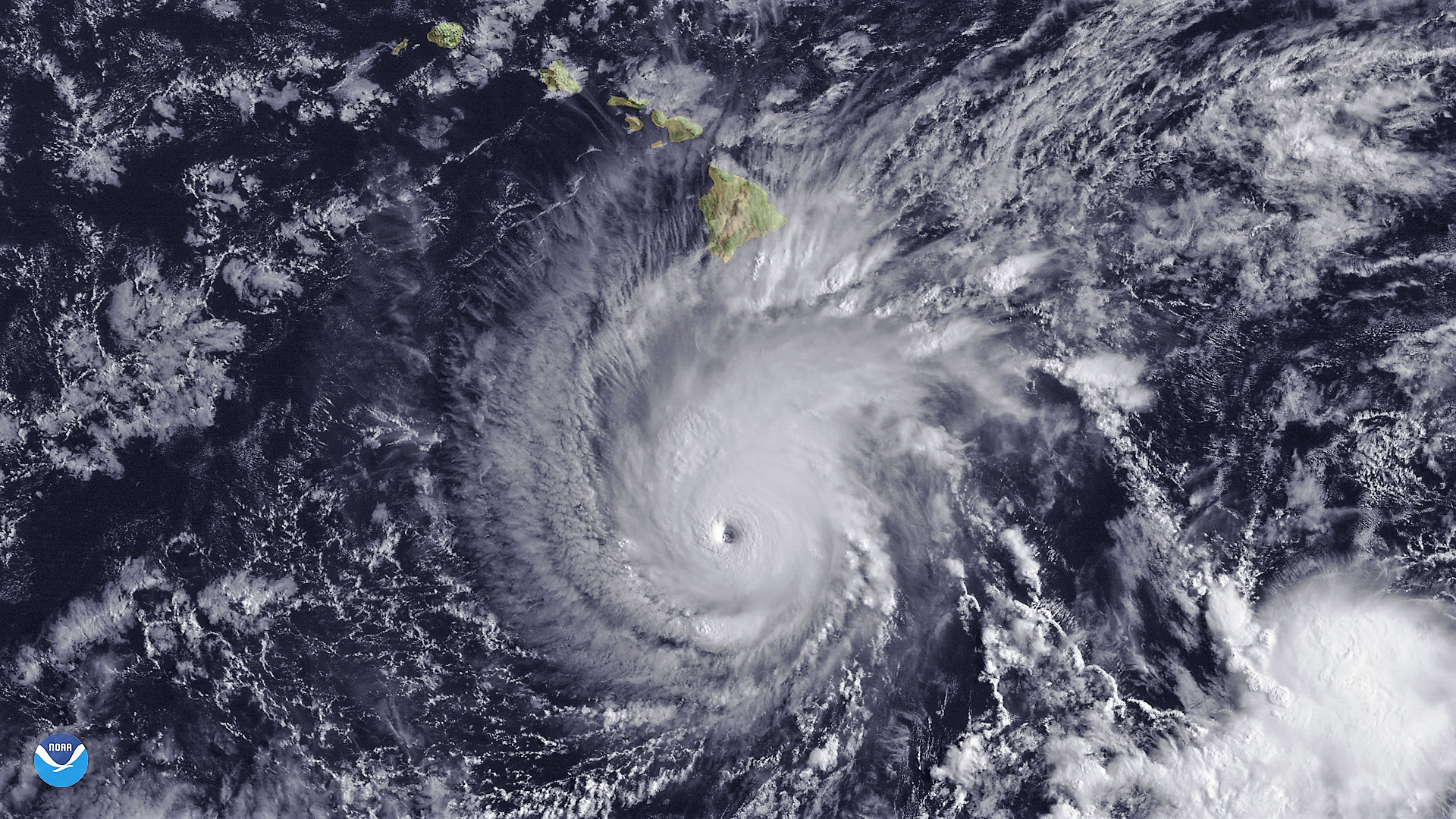 Category 4 Hurricane Lane's predicted northward turn has begun, moving the storm critically close to Hawaii. Ahead of the powerful storm's arrival, both Hawaii's governor and the Trump administration have declared states of emergency — freeing up disaster relief funds for the Hawaiian islands.

As of the 11:00am ET (5:00am Hawaiian) Central Pacific Hurricane Center advisory, Hurricane Lane has maintained its 130mph top sustained wind speed — keeping it barely a Category 4 hurricane. A hurricane warning is active for the islands of Oahu, Maui, Lanai, Molokai, Kahoolawe and the Big Island.

However, the hurricane center warns of "excessive rainfall" up to 30 inches and "dangerous storm surge" of up to four feet will make the hurricane's presence known. Parts of the Big Island has already been doused with up to eight inches of rain.

Related stories
The top suites on this super-swanky new cruise ship will cost $9,000 a night
How to use your credit card points to donate to charities this Giving Tuesday
How to get free or cheap drinks on a cruise
Carnival Celebration: What we loved and what needs work on Carnival's newest, biggest ship

Our points-obsessed staff uses a plethora of credit cards on a daily basis. If anyone on our team wouldn’t recommend it to a friend or a family member, we wouldn’t recommend it on The Points Guy either. Our opinions are our own, and have not been reviewed, approved, or endorsed by our advertising partners.
See all best card offers
Related stories
News
The top suites on this super-swanky new cruise ship will cost $9,000 a night
Guide
How to use your credit card points to donate to charities this Giving Tuesday
Guide
How to get free or cheap drinks on a cruise
Guide
Carnival Celebration: What we loved and what needs work on Carnival's newest, biggest ship