Articles
Bill Fink is a senior writer for The Points Guy covering travel news, trends, and cool adventures. His award-winning stories have been featured in AARP, BBC Travel, Frommer's, Lonely Planet, National Geographic, Outside, Yahoo Travel and many others.
Follow
Aug. 18, 2022
•
6 min read 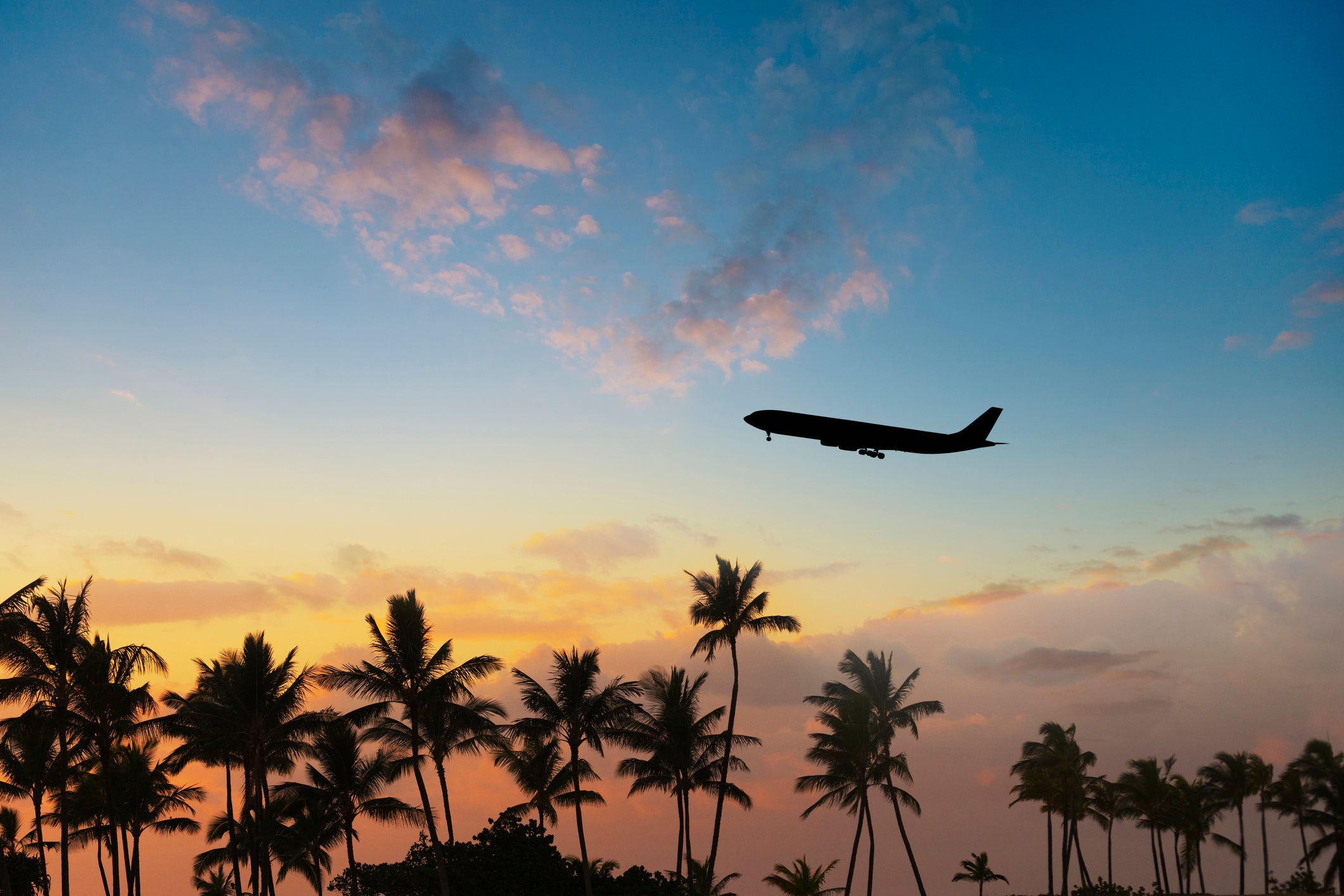 If you're planning a trip to Hawaii anytime soon, expect flight delays and increased lines in airports. You should also account for increased layover times that are required to catch connecting flights.

"Our suggestion is to allow a minimum of 3 hours between arrival time and departure time when transiting either Honolulu or Maui," the website read.

Hourlong wait times at TSA lines and traffic and parking problems have also contributed to Hawaii travel challenges in recent weeks, as confirmed by TPG readers who have recently visited the islands.

Here's what we know right now about the flight delays and airport slowdowns.

Want more TPG news, deals and tips? Sign up for our daily newsletter.

If you're flying to Hawaii, or between the islands, expect flight delays. More than 15% of flights departing Honolulu this year were delayed, according to the latest information from the U.S. Bureau of Transportation Statistics. This is more than double the average number of delays from the past five years.

Flightview's status chart showed about 1 in 4 of Honolulu's departing flights on Aug. 16 was delayed.

Given that the weather conditions were good, and the Federal Aviation Administration reported no air control-related problems, chalk up the delays to the overall scheduling and staffing problems affecting many airlines this summer. The recent return of direct flights from Japan to Hawaii could exacerbate the scheduling challenges.

"Most of the flights delayed are interisland. But mainland ones are delayed too," Beat of Hawaii reported last week. "You might do some checking on the flight you will be on ... the shortest connection time Hawaiian Airlines offers is 2 hours. And that seems like about the minimum that’s appropriate."

"I was on one of those 50 flights yesterday that was delayed, which made it a VERY stressful day!" said one Beat of Hawaii commenter. "My flight from Lihue to Oahu was delayed by 2 hours, which meant I missed my flight to Hilo. It was a frantic day of trying to get flights out of Lihue, as they kept putting me on another flight to try to make my Hilo flight, which then was subsequently late."

However, in his 22 segments in and out of Honolulu in the last four months, TPG reader Robert Malka said he only had delays on two of his flights back to the U.S. mainland. Other TPG readers confirmed they did not have significant flight delays out of Honolulu recently. So the bulk of the delays may be on interisland flights.

If you plan to take interisland flights, select direct routes whenever possible to avoid the risk of missing a connection. Also, whenever you have a connection, be sure to allow extra time.

In addition to flight delays, getting to and through Hawaii airports has been a challenge.

Other airports, including HNL, have regularly reported longer-than-average TSA wait times. Allow enough time before your flight to arrive at the airport. This is another reminder of why it's a good idea to enroll in TSA PreCheck or Clear.

Regardless of your flight or trusted traveler status, we recommend using the TSA app to forecast wait times, as the delays have varied widely by airport and time of day.

"My airport ride wanted me to be at the airport 3 hours in advance because she had seen long lines," said TPG reader Peter Pritzl. "So I just checked online and it was just a 5 minutes wait for my early evening departure."

Given the TSA delays, it's also a good idea to bring water and a hat with you to the airport, as many TSA lines in Hawaii traverse outdoor areas that may be exposed to the sun and humid summer heat.

"In June, when we left Maui the regular TSA line was insane," shared TPG reader Kimberly Gonzales, "especially out in the sun."

Traffic across the Hawaiian Islands has also been an ongoing challenge to both visitors and locals trying to get to the airport on time.

If you have a rental car, check ahead for traffic conditions and allow for extra time both to return your car to the rental area and to get from there to airport check-in. Airport rental car counter wait times have been reported to be one to two hours when arriving to get a car, so pack your patience and leverage your rental car membership status when possible.

Ongoing construction projects at several Hawaii airport parking areas have added another challenge for traffic, as well as timing the pickup of visitors. Consider using airport shuttles or public transportation to reduce the stress of driving and help take a few cars off the roads.

Hawaii has experienced an increase in delayed and canceled flights, as well as long lines and hassles at multiple island airports.

Since you're likely visiting Hawaii to relax, avoid airport stress by adding extra time for layovers. When arriving at airports, consider using public transportation or airport shuttles to avoid dealing with rental car and traffic hassles.

Use the MyTSA app to check airport waits. Also, check with your airline ahead of time for potential flight delays. When planning a trip, account for the likelihood of delays, and choose a longer layover time for any multiisland itinerary. Local reports suggest that two to three hours between flights is recommended to ensure you'll catch your next flight.