New York residents have been banned from enrolling in Global Entry: 6 of your burning questions answered 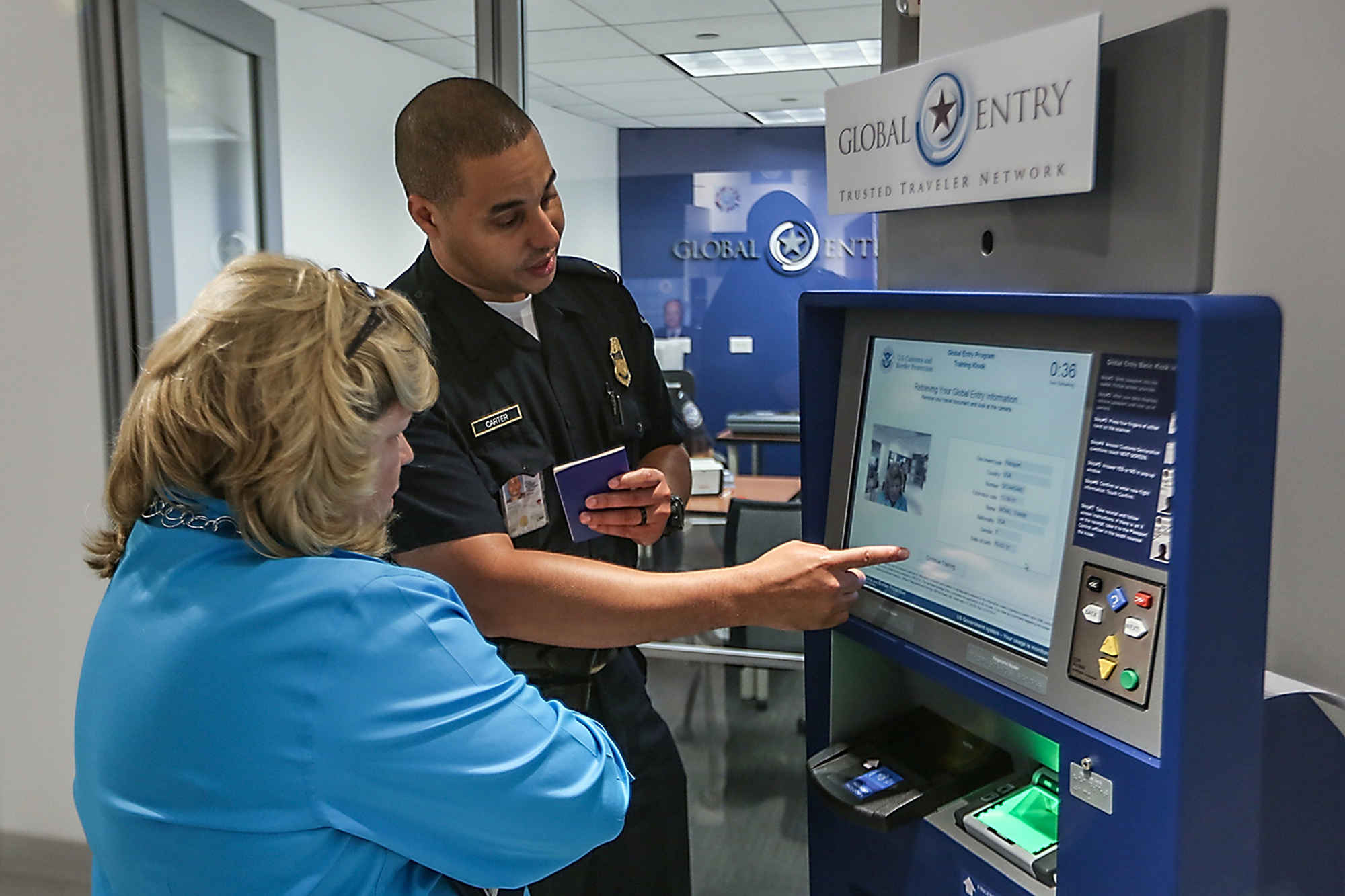 New York residents have been banned from enrolling in Global Entry: 6 of your burning questions answered
This post contains references to products from one or more of our advertisers. We may receive compensation when you click on links to those products. Terms apply to the offers listed on this page. For an explanation of our Advertising Policy, visit this page.

Update: This post has been updated with additional information. It was originally published on Feb. 6, 2020.

If you’re a New Yorker who has put off applying for Global Entry, we have bad news for you: The Department of Homeland Security (DHS) on Feb. 5 announced it would immediately bar New York state residents from enrolling in Global Entry and other Trusted Traveler Programs because of a new law passed by the state.

What this means is that New Yorkers wishing to enroll in Global Entry, as well as those hoping to re-enroll, will no longer be able to do so. If you already have Global Entry, you are not subject to the new rule. The Trump administration says it’s responding to New York’s new “Green Light Law,” which bars agencies like U.S. Customs and Border Protection (CBP) and Immigration and Customs Enforcement (ICE) from accessing DMV records without a court order.

“Today, we sent a letter to New York indicating, because they took these measures, that New York residents are no longer eligible to enroll in these Trusted Traveler Programs,” acting secretary of DHS Chad Wolf said in a Fox News interview, during which he announced the action.

Obviously, this is pretty confusing — and there are a lot of unanswered questions — but what does this mean for you? We’ve compiled a list that hopefully answers many of your most pressing questions before your next trip. Here's what we do know.

Why is the government freezing Global Entry for New York state residents?

DHS says it’s implementing these measures over New York state’s law that allows undocumented immigrants to get driver's licenses. In addition, the new law bars CBP and ICE from getting those records without a court order. This is the latest move by the Trump administration to target New York for its sanctuary status. An advisor to New York Gov. Andrew Cuomo (D) told The New York Times that his office would review legal options.

“Having access to New York DMV information has enabled CBP to validate that an individual applying for Trusted Traveler Programs (TTP) membership qualifies for low-risk status or meets other program requirements. An individual’s criminal history affects their eligibility for TTP membership,” Wolf wrote in the letter.

Aside from Global Entry, Secure Electronic Network for Travelers Rapid Inspection (SENTRI), a program that allows qualified travelers expedited re-entry into the U.S. after travel to Canada and Mexico; NEXUS, which allows for expedited border crossing between the U.S. and Canada; and the Free And Secure Trade (FAST) program, are also affected.

Interestingly, TSA PreCheck, perhaps the most popular Trusted Traveler program with millions of members, remains unaffected. DHS Acting Deputy Secretary Ken Cuccinelli told reporters on a conference call this morning that although PreCheck isn't currently on the list, “it doesn’t mean it can’t be in the future.”

Note that the new restrictions do not apply to New York State residents who are currently members of the Global Entry program.

If I have conditional approval and an interview scheduled soon, will I still be approved?

Those with conditional approval awaiting an interview have had their applications canceled. Former TPG staffer Danielle Vito, who was conditionally approved last year, scheduled her appointment for Feb. 6, one day after the ban took place.

Vito said she called Customs and Border Protection, explained that she’d been conditionally approved, and asked if her interview was still on. An official on the phone told her that she was no longer eligible and that she’d receive a refund.

TPG weekend editor Jane Frye had a similar experience. Frye's Global Entry application had been conditionally approved and upon going through customs at Newark (EWR) on Friday after a trip to Spain, received word that her application had indeed been canceled. When logging on to the DHS's website, Frye received a message stating, "You have no new applications in progress." No additional correspondence was sent to Frye notifying her about the cancellation.

Cuccinelli said that between 50,000 to 80,000 New Yorkers, including those who had been conditionally approved and those who were going through the application process right now, would not be accepted.

I live in a state with generous sanctuary city laws for undocumented immigrants. Could this rule affect other states in the future?

It’s unclear at this time whether the ban will affect only New York. Wolf wrote in the letter that the agency would “continue to review Department-wide operations” specific to New York. Cuccinelli also warned that other states considering similar laws should reconsider.

The Trump administration has been particularly incensed about so-called “sanctuary cities,” cities that limit cooperation with the federal government to enforce immigration law. During Trump’s State of the Union speech earlier this week, he said that the United States should be a “sanctuary for law-abiding Americans, not criminal aliens.” Trump, for years, has directed his ire at California in particular and has threatened to cut off federal funding to the state.

The letter issued by DHS to the New York State Department of Motor Vehicles does not include language about Mobile Passport.

Related: With Global Entry crackdown it's now more important than ever to have Mobile Passport

If you’re a New Yorker now affected by the Global Entry ban, you may want to consider using Mobile Passport. It’s free and can be used at 27 airports (including New York JFK and Newark) and four seaports. Eligible travelers can download the Mobile Passport app to generate a digital version of the required customs form instead of filling it out by hand. A CBP officer will then scan the QR code on your Mobile Passport digital receipt. Mobile Passport requires users to submit the passport form every time they enter the country.

Related: Why Mobile Passport can be better than Global Entry

Just note that if you’re a New Yorker who already has Global Entry, you can’t use both it and Mobile Passport. Mobile Passport effectively “cancels” your Global Entry if you try to utilize both programs during a single trip, as a TPG Lounge member’s relative found out last year.

How can I still get PreCheck under this directive?

If your Global Entry application can’t be renewed or you can’t apply at all, the only way to get TSA PreCheck is to apply for the TSA PreCheck application program. Under regulations from the Department of Homeland Security, PreCheck isn’t included in this ban.

Featured image by (Photo courtesy of U.S.Customs and Border Protection)