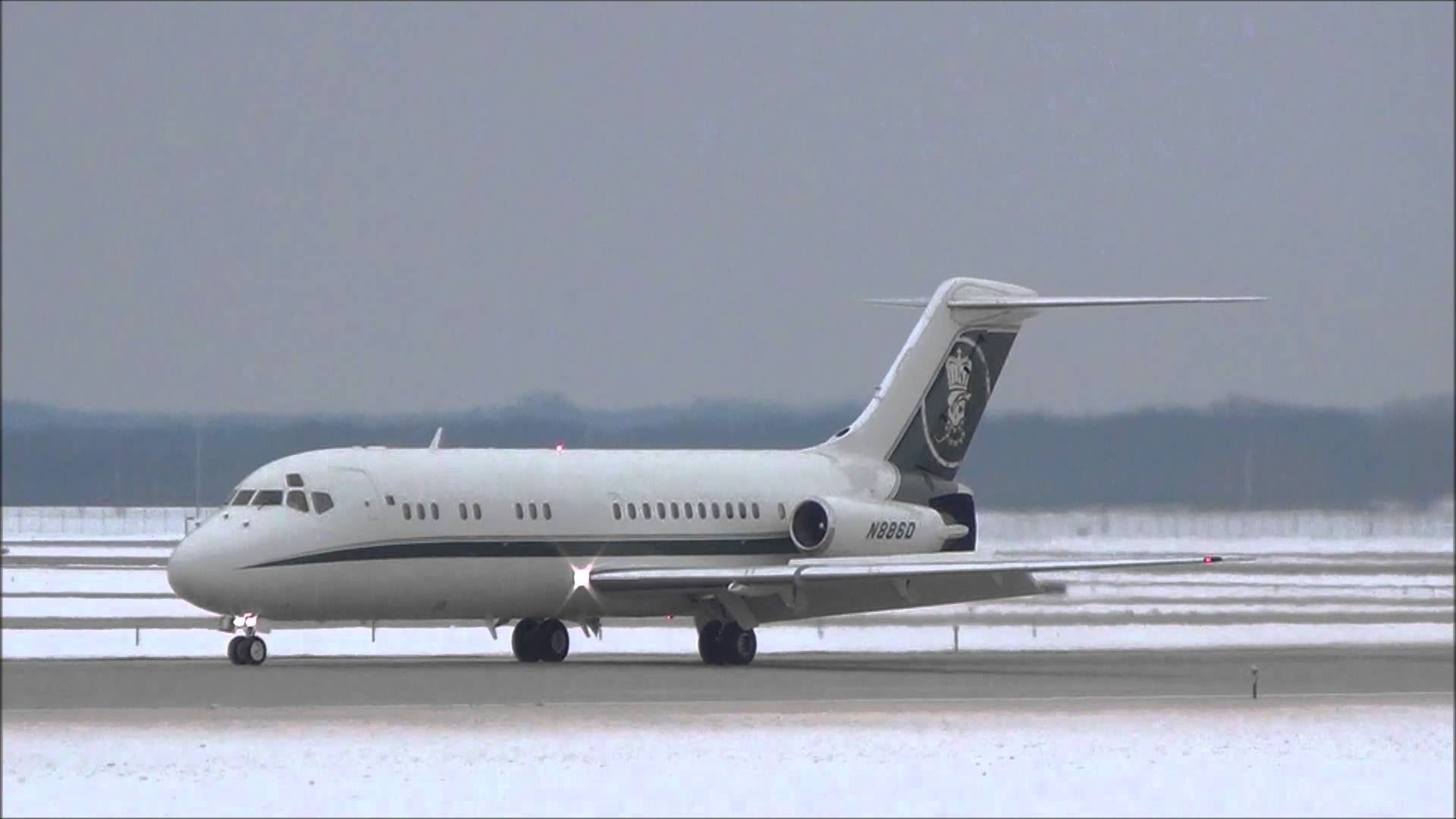 Glenn Beck Will Sell You the World's Oldest Civilian Jet, Cheap
This post contains references to products from one or more of our advertisers. We may receive compensation when you click on links to those products. Terms apply to the offers listed on this page. For an explanation of our Advertising Policy, visit this page.

Glenn Beck, a (former) superstar in the conservative media world, is putting up his private jet for sale. And it's not just any jet: It's the oldest civilian jet flying today.

According to a listing on Controller, Beck is selling his 1966 McDonnell Douglas DC-9.

The Federal Aviation Administration database shows that the plane, bearing the US registration N8860, was built in 1966 and is owned by one of Beck's companies, Mercury Radio Arts. That makes the twinjet, with a 52-year history, likely the oldest operating airliner in the world. Reports indicate that Beck is selling the jet due to the struggles of his media company, The Blaze, which has been hit with multiple rounds of layoffs over the past several years.

Once a leading voice of the American right wing, Beck has lost clout and followers and may now be in a position where he needs to raise funds quick. A buyer may even be able to take home the plane for less than seven figures. Even though it looks very well maintained, the DC-9 is a Series 15, the distant predecessor of modern jets like the Boeing 717 which you can still fly in the US in airline service. It's very fuel-thirsty and with limited range compared to today's biz jets. But it's also many, many times cheaper.

According to our research, his DC-9 is oldest operating passenger jet in the world excluding cargo and military aircraft. There is a slightly older (by just six months) 1966 DC-9 operating in East Africa for private charter company FlySAX, but PlaneSpotters.net says the aircraft has recently been put in storage. There's also a 1964 Boeing 707 owned by actor and pilot John Travolta, which is older than either of those DC-9s, but it's currently not flying and was last reported stored, possibly in non-flyable condition, in Brunswick, Georgia.

The aircraft's interior is aging too. With decor straight out of the 1980s, the DC-9-15 comes equipped with recliners and couches with green upholstery, wood paneling, a large bathroom and even a full kitchen. According to the listing the jet is currently configured to seat 13, including one cockpit jump seat. It features Sirius satellite radio, six screens powered by an "Airshow 4000 system with Sony CD and video." So don't expect any sort IFE system like Emirates First Class.

According to the listing, it received a custom paint job in 2014. The jet was purchased by Beck in 2015 from conservative billionaire Richard Mellon Scaife's estate for $1 million. For comparison, even a used Gulfstream V will run you eight times more than what Beck paid for the DC-9, according to listings on Controller.

We contacted Controller about the price, since the listing just says "Make An Offer" on the website. A representative of the company said that there is no asking price and that you can actually just make any offer if you're interested in buying the jet.