Articles
Caroline Blair is a reader advocate intern for TPG. She is a senior at Syracuse University studying journalism and marketing. She studied and lived in London, her favorite city, for 5 months.
Follow
June 28, 2019
•
4 min read 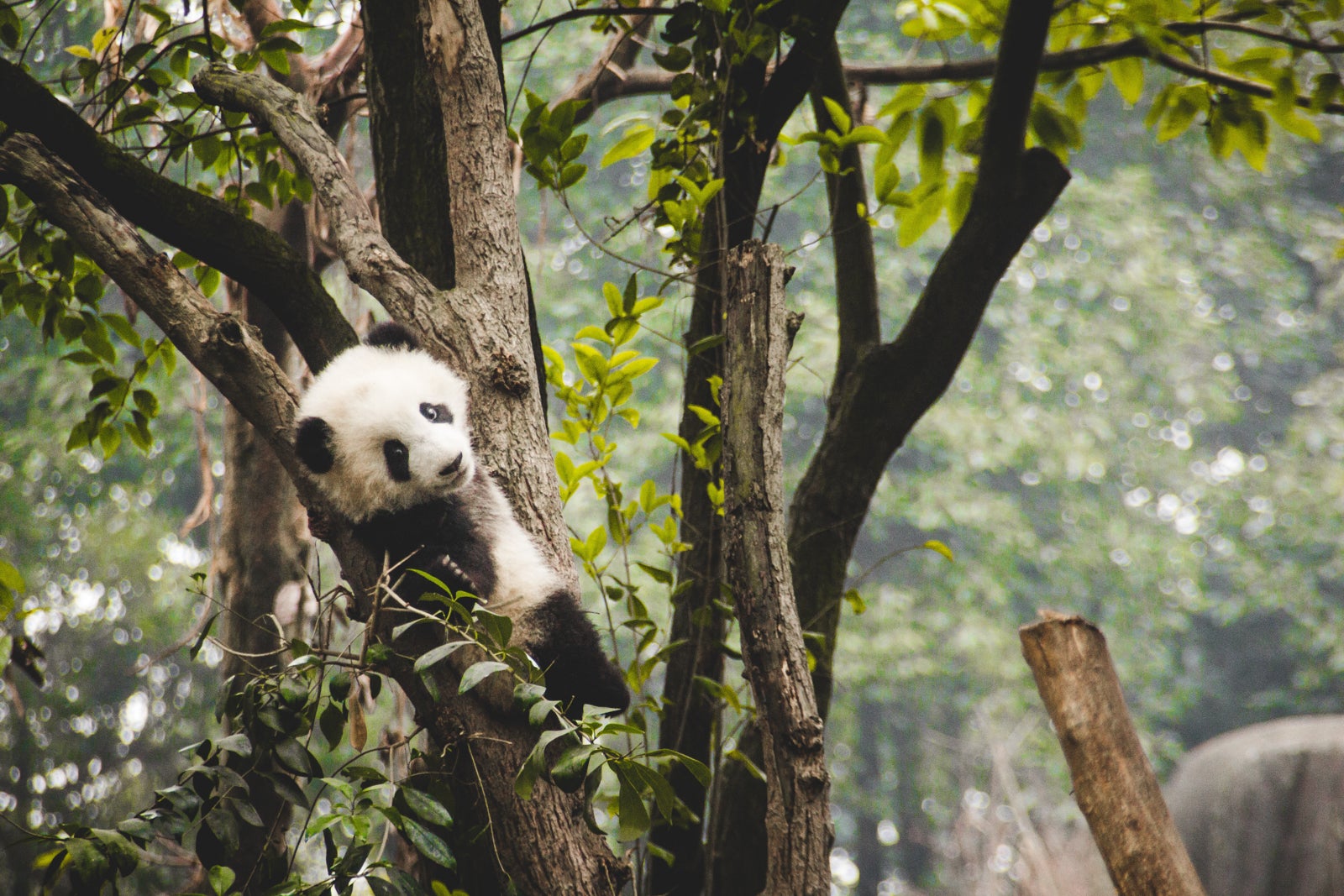 A New National Park Dedicated to Giant Pandas Is Opening in China
This post contains references to products from one or more of our advertisers. We may receive compensation when you click on links to those products. Terms apply to the offers listed on this page. For an explanation of our Advertising Policy, visit this page.

Pandas are arguably some of the cutest creatures alive. And you might soon be able to visit China's first national park dedicated to the endangered, black-and-white bears.

When it opens, Giant Panda National Park will connect 67 giant panda reserves spread across the southwestern province of Sichuan, which is home to over 80% of all wild pandas.

The Giant Panda National Park will span over 10,476 square miles — about three times the size of Yellowstone National Park — according to China Daily. On Thursday, the National Forestry and Grassland Administration said the park would be open soon, before the end of the year. (Other sources have pointed to early 2020.)

The park will form a corridor connecting dozens of existing panda reserves, helping wild panda groups to breed and shielding the region's panda populations from further human interference. In addition to Sichuan, the Great Panda National Park will extend into northwestern Shaanxi and Gansu. There are currently 1,864 bears in six mountain ranges and 30 groups across western China, making them a vulnerable species, according to the World Wildlife Fund (WWF).

The Giant Panda National Park is by no means a zoo, and tourism will be limited in certain areas to protect the pandas. But there will also be general control zones for tourism and other activities. Another development proposal includes a connecting railway through the park, but this, along with other initiatives, will only be approved if it benefits the conservation of pandas.

Of course, even when the park opens, pandas are known for being extremely elusive. So travelers may have a better shot observing these incredible bears at research bases and breeding facilities.

There are four panda reserves in Chengdu, the seventh-largest city in China and capital of the Sichuan province, that visitors can access. Beyond these, there are smaller panda reserves across China.

Chengdu Research Base of Giant Panda Breeding, for example, is located just six miles from downtown Chengdu and is open to all visitors. Here, guests can see pandas up close, and there are even various tours that allow tourists to volunteer for the day by cleaning cages and feeding the pandas.

The Bifengxia Panda Center covers 988 acres of land, but it's 93 miles from downtown Chengdu. Visitors here are welcome to explore the area and observe the wildlife. After the Wenchuan Earthquake in 2008, pandas from the Wolong National Nature Reserve (considered the foremost panda research and tourism center in the country) were saved and moved to the Bifengxia Center.

Spread across six acres of land and just 40 miles from downtown, the Dujiangyan Panda Base offers visitors a more interactive encounter. The base offers a one-day panda keeper program, during which people learn to care for the pandas, clean their cages and see the creatures.

The aforementioned Wolong Panda Research Center was reopened in 2016 after the Wenchuan Earthquake, and has taken important steps to reclaim its reputation. The center is located 75 miles from downtown and offers multiday panda keeper programs. Visitors can also explore the panda bear's natural habitat.

Featured image by Giant pandas at a research center in Chengdu. (Photo by Theodor Lundqvist/Unsplash)