How I got through airport security without an ID 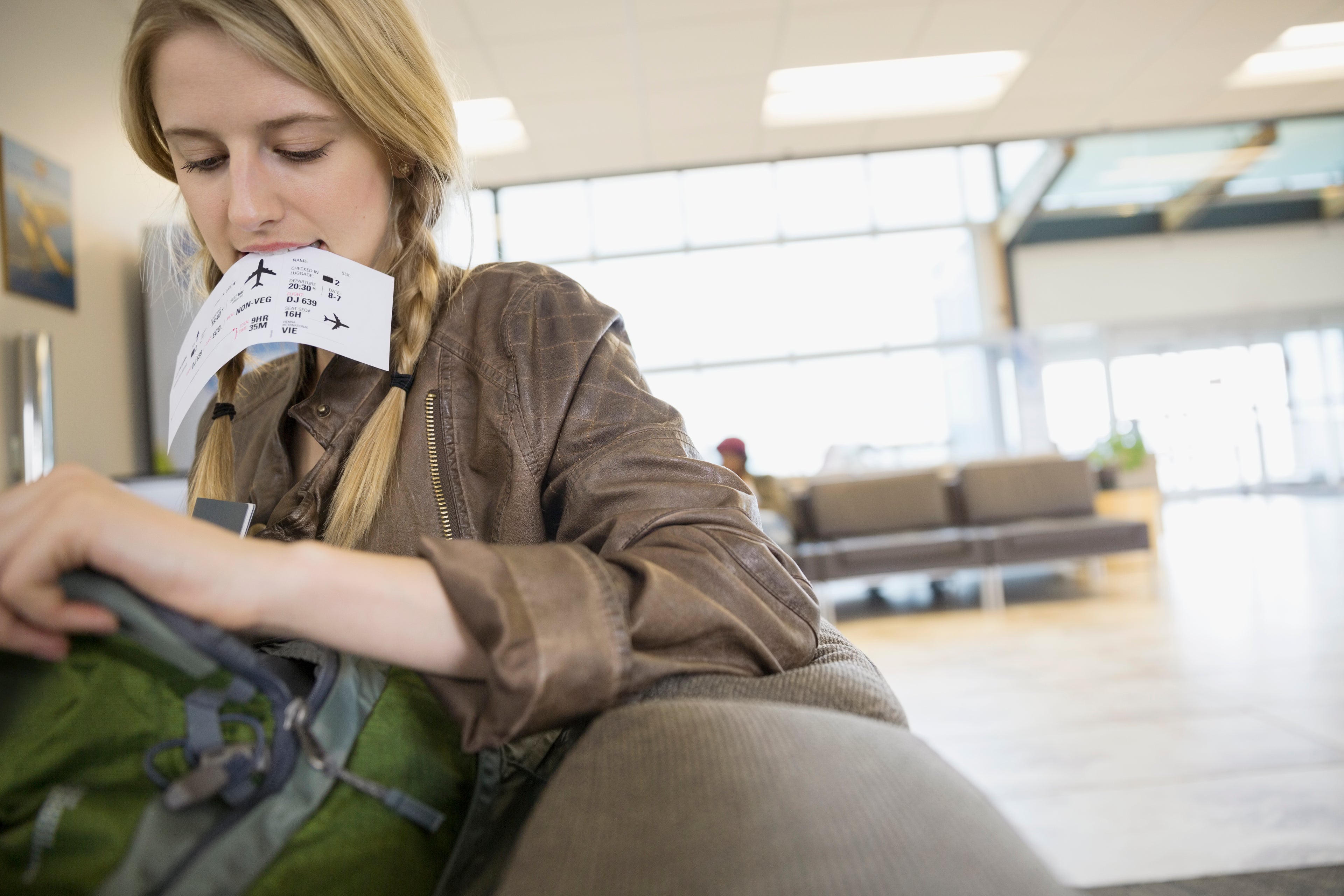 How I got through airport security without an ID
This post contains references to products from one or more of our advertisers. We may receive compensation when you click on links to those products. Terms apply to the offers listed on this page. For an explanation of our Advertising Policy, visit this page.

You've probably heard about the upcoming need to have an ID compliant with Real ID laws in order to fly; soon, if you don't have a compliant driver license or other state-issued ID, you won't be able to fly. (We have a whole guide about Real ID, by the way.)

Think it could never happen to you? That's what I thought too — I'm an experienced flyer, after all. But then, I found myself at Newark Liberty International Airport (EWR) to fly to Fort Lauderdale for a team offsite. I got to the airport more than an hour early and breezed up to the TSA checkpoint without waiting in line. But as I fumbled for my wallet and came up empty-handed, the TSA agent's demeanor quickly shifted from friendly to suspicious.

After failing to find my wallet, I told the agent I didn't have an ID. She phoned a supervisor and told me to wait.

I'm a CLEAR member, which would have gotten me through security without an ID because the service uses fingerprints to identify travelers. But there was no CLEAR at this domestic JetBlue terminal.

I waited for 20 minutes — and was, believe it or not, joined by two other passengers in the same predicament — before a supervisor made his way over to us. He asked me repeatedly for other forms of photo identification. Unfortunately, my work badge didn't make the cut.

(If I'd had my wallet on me, a credit card or another crazy form of identification may have worked. And luckier travelers have indeed passed security with work badges, along with college IDs, checkbooks and sheer nerve.)

At this point, I was getting nervous about making my flight at all.

The supervisor took out a binder and told me I would have to complete some paperwork. But because my fortune was so great that day, the checkpoint had run out of copies of the form, and he disappeared again.

My agitation increased as I beat myself up for the dumb mistake. I reasoned I must have left my wallet in the pocket of the coat I had left behind, anticipating the Florida sun. I also surmised that I had made a terrible impression on my travel-savvy colleagues.

As I spiraled, the agent came back and led me to a deserted corner of the terminal.

"Give me your name and address, and then I will call an agency that knows everything about you," he said.

I found out later that the TSA uses databases of publicly available information to verify your identity. I was instructed to put my phone away for this process.

For what seemed like forever, the agent relayed questions the agency asked over the phone. They asked me to spell my mom's name and tell them her birthday. That was easy.

Next, they asked me to name a school, church or hospital near my apartment. I named a church nearby, but it didn't show up in the database. I couldn't name a school; I don't have kids.

The agent treated me with increased skepticism, and I became distressed as I realized my flight was boarding.

Finally, I was able to successfully rattle off the last four digits of my phone number. (Too bad they couldn't start with the easy questions.) The agent's face and posture relaxed. "Follow me," he said, leading me through the security line.

I cut the security line and received a very thorough pat-down. My hands were swabbed to check for dangerous substances and, after my bags were run through the X-ray machine, they were passed off to an agent for further inspection.

The agent then pulled one notable item out of my bag: my wallet, which I had all along.

Forgetting your wallet (or, in this case, forgetting you packed your wallet) may cease to be a security problem in the near future, as airlines rapidly adopt biometric technology. But for now, you can get through security without an ID, even if it's a painstaking process.

And yes, in case you're wondering, I still managed to catch my flight to Florida.