Articles
Summer Hull , aka Mommy Points, ran the Mommy Points site for families who want to travel more for less using miles and points for seven years. She now heads up a variety of special projects at TPG when she isn't exploring the world with her own two girls.
Follow
March 18, 2019
•
6 min read 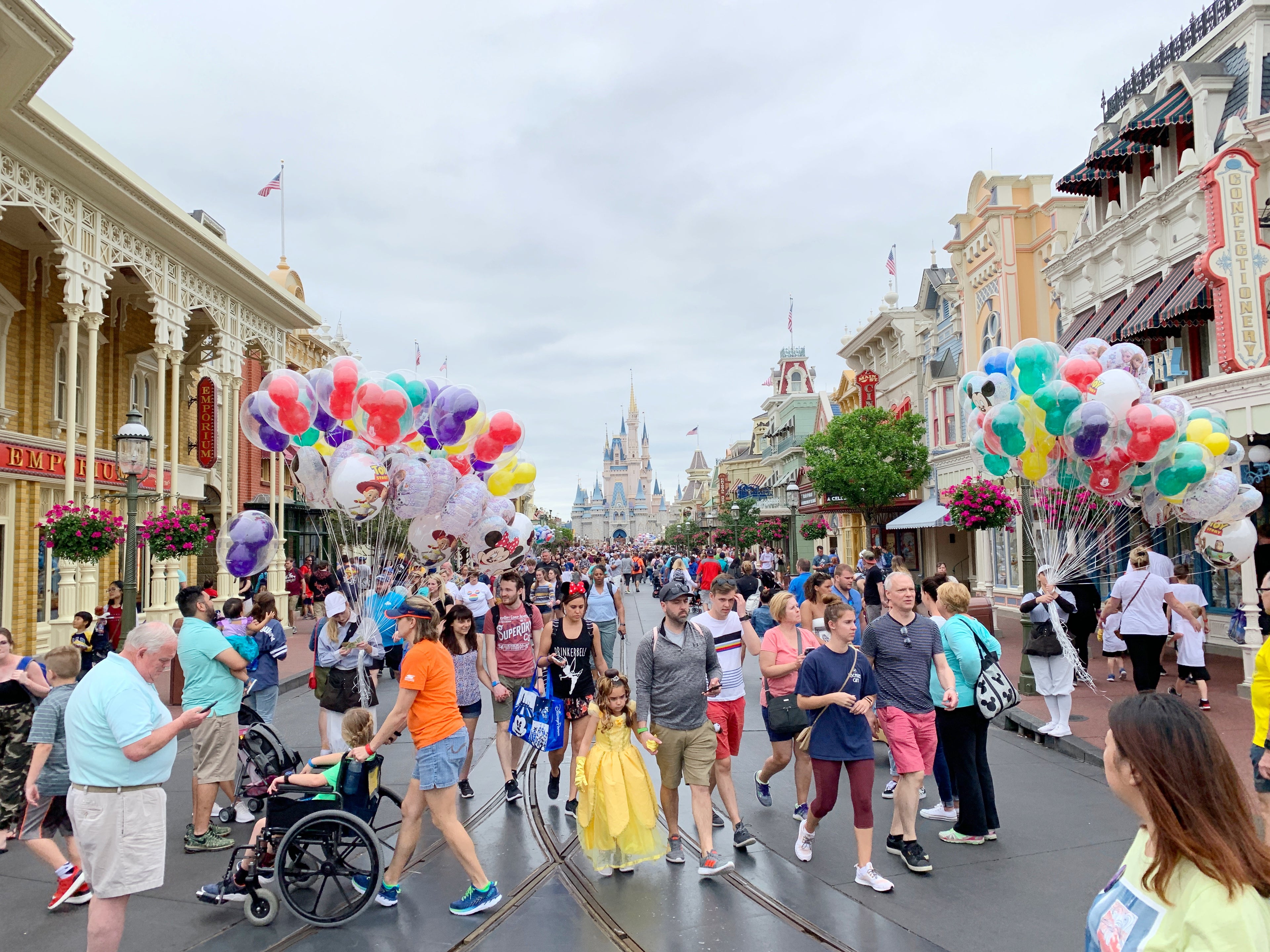 Losing Your Boyfriend at Epcot is Funny. Losing Your Kid is Not.
This post contains references to products from one or more of our advertisers. We may receive compensation when you click on links to those products. Terms apply to the offers listed on this page. For an explanation of our Advertising Policy, visit this page.

We're in the midst of spring break weeks across the country, and the Orlando theme parks are quite busy as a result. From taking bathroom breaks to grabbing snacks and drinks or simply browsing the shops, there are plenty of ways groups can become separated at one of the happiest places on earth. Cell phones usually make reuniting just a quick text or call away, but what happens when your phone is dead and you can't find your group anywhere? Or, what if it is your kid who disappears in a distracted moment?

This exact scenario played out in a humorous way over the weekend at Disney World's Epcot when a couple became separated. When she couldn't find her boyfriend, the female half of the pair, Brittany Blake, turned to an active Disney Annual Pass Facebook Group for help finding her lost half. She asked the members of the Facebook group to tell him to meet her at the Mexico pavilion if he was spotted. It helped her cause that he was wearing a bright red Hawaiian shirt that coincidentally looked a lot like the red Hawaiian shirt worn by Disney's cartoon character Stitch.

With close to 100,000 Disney World annual pass members in the Facebook group, it was a resourceful place to seek help. The odds were quite high that several group members would be in the park that day, and indeed that was the case.

Even then, it took just about all day for the accidental (and quite hilarious) real-time game of seek-and-find to conclude, with plenty of Finding Nemo, Where's Waldo and Lilo and Stitch jokes cracked online along the way. With just a few minutes to spare before park closing, a member of the Facebook group finally spotted the Hawaiian shirt-wearing boyfriend and posted his photo. He wasn't at customer service or frantically searching the shops for his partner -- he was reportedly in line to ride Frozen. According to his girlfriend's final update, he had spent the day drinking while looking for her. (For those not familiar with the park, drinking your way around Epcot's countries is totally a thing that might easily lead to getting a bit lost.)

While this girlfriend found an inventive way to recruit assistance, there are easier ways to reunite with your group if you get separated at a busy theme park. While this is all pretty funny in the context of a missing boyfriend, it would not be humorous if it was your kid who temporarily disappeared in a crowded theme park.

What to Do If You Get Separated at a Theme Park

1. First, come up with a meeting point before the day even starts. At Epcot, a good place for reuniting if you become separated is the too-big-to-miss Spaceship Earth (aka, the giant silver ball) at the front of the park. Pictured below is Spaceship Earth from all the way at the back of Epcot.

Regardless of what theme park you are visiting, pick a meeting place that is easy for everyone in the group to remember and locate.

2. Wear easy-to-spot shirts or hats. The boyfriend in this tale did this 100% correctly with his red Hawaiian ensemble. Wearing shirts that are easy to spot gives you a better shot at finding someone in a crowd.

3. With younger kids, it is also a good idea to tell them they can find a theme park employee and ask for assistance if they become lost or separated. Point out that the badge-wearing employees could be ride operators, those in the gift shops, snack stands, etc. (You might want to take your advice a step further and recommend your child not leave any public theme park areas with that employee for safety reasons.)

4. If your child doesn't have your cell phone number memorized, you can write your number using a marker under your child's shirt sleeve or in a similar location. Alternately, you could put a business card with your contact information in the child's pocket and tell the child to show that to a park employee if necessary. If you don't know the phone numbers of those in your group, jotting at least one down on paper is also not the worst idea.

5. For those who do have cell phones, consider packing a back-up charger. If the boyfriend in this story had one of those handy items, he could have powered his phone back on long enough to reunite and ride Frozen with his girlfriend instead of alone (there isn't a single rider line there anyway). There are plenty of charging options on the market, but the Anker power charger is a favorite among TPG staff. If you don't want to buy a secondary power source, just throw a normal charging plug into your backpack and find an old-fashioned outlet, if needed. Quick service restaurants often have a rogue plug somewhere along the wall. If you can't find one on your own, head to customer service for help. If all of that fails, many parks sell FuelRods that can power up your phone for around $30.

All's well that ended well for this couple, but it's better to come up with plans to reunite your group before you hit the theme parks. That way you can spend the day safely creating memories together, instead of hoping that members of an online Facebook group will spot your missing half, child or friend.

Getting ready to enjoy some theme park fun for yourself? Here are some resources: