Articles
Katherine Fan is a former senior travel features reporter at The Points Guy who covered everything from personal finance to travel and aviation.
Sept. 12, 2019
•
9 min read 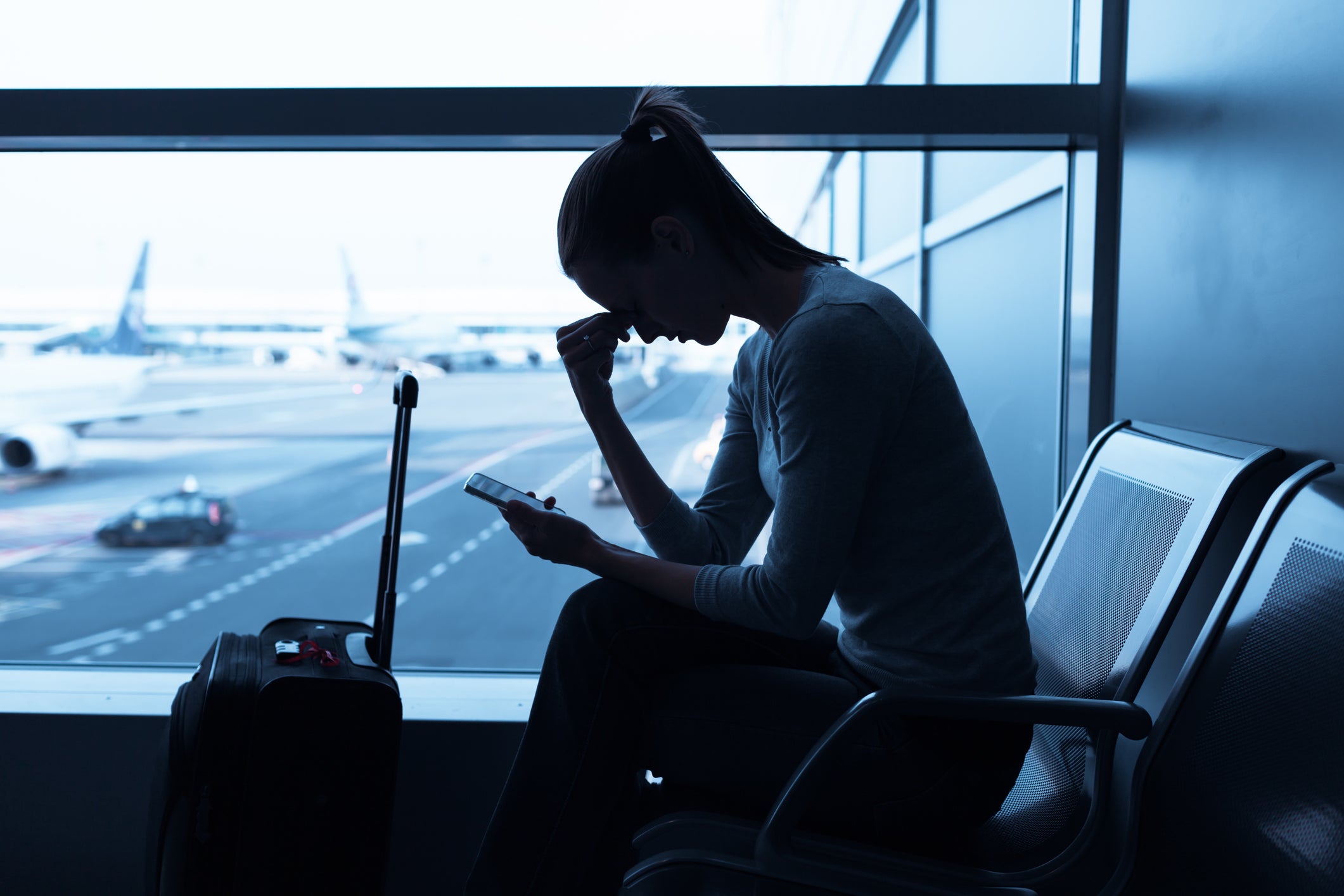 When it comes to booking basic economy, it can feel like you've kissed goodbye to your expectations for an average flight experience — and not in a good way. You board the plane last. Your backpack counts as luggage. You can't select your seat beforehand. You usually don't earn elite-qualifying miles or spend credit, and you almost certainly won't get a refund for your ticket if anything goes wrong.

Most seasoned travelers avoid basic economy fares like the plague. But every now and again, in rare situations, this fare class has its time and place. And once in a while, airlines make exceptions for troubled travelers on a case-by-case basis.

TPG reader Collin P. recently helped a friend book a replacement flight after she mistakenly switched her departure and arrival cities when buying her basic economy ticket. She didn't discover her error until three weeks after the purchase — mere days before her departure date. Collin came to her rescue with points and cash for separate last-minute booking, and even went the extra mile to submit a refund request for her original ticket on her behalf.

"It never hurts to ask nicely," Collin told TPG Lounge members. "I knew this was a long shot, but I went online and submitted the information regarding her ticket, and explained the mistake that had been made. To verify it was legit, I included the booking codes for her new flights with American Airlines to show we had made a new reservation [on the same airline] for the same dates. Within two days, my friend got an email from AA saying they were refunding her basic economy, non-refundable ticket in full! I was amazed they did that for a mistake."

Collin has it right: it never hurts to ask, and to ask nicely. In this particular case, American Airlines may have been swayed toward generosity by the fact that both tickets were purchased through the same carrier. Or perhaps Collin's messaging hit just the right sweet spot of courtesy and appeal to sway a customer service agent toward leniency. Whatever the cause, TPG readers chimed in to share their own anecdotes of both success as well as failure.

Several have found similar success with American Airlines. "I always fly American because I live outside of Philly," Paul Loux said. "I've done this a couple of times, and have called and switched the tickets with no issues or fees. They have actually canceled the tickets for me before rebooking as well."

Alice Hendricks concurs: "American Airlines, not always as bad as their reputation."

And TPG reader Brian Smith had a friend who booked a Delta basic economy flight from Nassau to Louisville, with a layover in Atlanta. "She wasn't paying attention and thought her connection was at 11 a.m., but it was actually 11 p.m.," Smith told TPG. "[Delta] let her change the connection to a much more convenient time."

It never hurts to dust off your manners when you reach out to an airline for help with an itinerary — and that never holds truer than for travelers holding a basic economy ticket.

"Being nice can definitely go a long way," Michael Marquez said. "American Airlines rebooked my trip to Rome last year after I mistakenly booked my connection in Heathrow, and out of Gatwick with only a two-hour layover. [The customer service agent] saved me a massive headache, and lots of money as well."

Sometimes a compassionate customer service representative will take pity on your plight. Tracie McKee mistakenly booked a Vegas flight for the wrong day. "I didn't notice this until the day before I was supposed to leave," she told TPG. "I called customer service and they, very kindly, changed it to the right day and only charged me the $30 difference in fare, and not the change fee." Something similar happened to Ann Branson: A kindly Southwest agent allowed her to change tickets without paying the higher price on the new dates.

"Each airline has an exception policy, and supervisors have reasonable discretionary powers to change things," Satyendra Singh said. "If you present your case genuinely, they do their best to help. Waiving change fees are the easy [requests to fulfill]."

Address the problem as soon as possible

Just in case you didn't know, the US Department of Transportation requires that US airlines either allow passengers to put a 24-hour hold on a quoted fare without payment, or offer a refund in the original form of payment if a cancellation is made within 24 hours of booking. Anything beyond that is at the airline's discretion to offer as a courtesy, although they're in no way obligated to do so. Every now and then, a carrier may surprise you.

TPG reader Paul Redifer found unexpected leniency from United Airlines when he booked a Budapest flight in basic economy. "I was supposed to have a Budapest arrival and Prague departure, with connections both way via Frankfurt. But I accidentally made [the booking] both in and out via Budapest," he told TPG. "I contacted United about it a week after booking, and they rebooked it; the change charge was $300 for each ticket, but they gave me a $199 eTicket credit for both tickets, so [it] only cost me $200 total. Much better than I thought it would end up costing me. The ticket agent told me that if I had called 2-3 days after booking they probably could have made the change with even less of a charge, sounds like they have some flexibility to address mistakes if you realize it right away."

Show them the logic

Giovanni Hashimoto told the TPG Lounge that "American Airlines customer service agents are usually very helpful and flexible in my experience; they're happy to waive charges for you if you give them a plausible justification."

Paul Patino agreed, sharing an anecdote from his personal experience begging United Airlines for leniency on a nonrefundable basic economy ticket. "I told customer service that I'd immediately rebook — which I did — and they accommodated me. I just treated the customer service representative pleasantly, with both respect and gratitude."

Patino's experience above was echoed by other TPG readers like Wendy Fongolia, who shared that her husband's airline gave him a refund when he rebooked a new ticket through the same airline at the current price. Jorge Balmaseda said that Delta has never given him any problems when he occasionally messes up his bookings between Fort Lauderdale and La Guardia Airport in New York. He did add the caveat, however, that "it probably doesn't hurt that I'm a Million Miler Delta Diamond."

For health-related cancellations, rely on trip protection insurance from a premium credit card; independent travel insurance; or a Freebird flight protection plan, starting from $19 one-way per person. And read up on airline bereavement allowances if applicable.

While health concerns should not be exaggerated or exploited for personal gain, some airlines are really proactive about offering assistance to customers who find themselves in a tight place.

Randi Henson Koopmans told TPG that she booked a basic economy flight for her mother in law — who ended up in the hospital soon afterward. "After some paperwork submissions," Koopmans said, "the airline changed her flight for free. I was so thankful they did!"

And when Ann Bates's grandmother passed away, she accidentally booked a pair of round-trip tickets going the wrong way amidst the hassle of traveling for different religious services and the burial. "Alaska waived all the change fees," she told TPG. Sandy Sung reported that Delta similarly refunded basic economy tickets for her family due to a loss in the family.

If at first you don't succeed, try again

Quynh-Dao Phan told TPG that, while he had successfully been refunded the miles for a recently canceled award redemption trip, American Airlines erroneously credited his miles without refunding several associated fees. "I explained to them it was due to a family medical issue," he said. But although the agent over the phone was unable to help, Phan told TPG that the agent "suggested I email instead. So emailing [customer service] may be another option if calling doesn’t work."

Pummi Dulku's experience proves that, in cases of ambiguity, it's worth trying for recourse another way. "We had a emergency with our two year old who had an ear infection," Dulku told TPG. Their pediatrician doctor advised the family not to fly, so the family called American Airlines requesting assistance for the one family ticket that had been booked in basic economy. The reservations hotline told Dulki that "nothing could be done as far as keeping the credit. So I contacted customer relations via email and explained the situation — and a few days laterk I got a very nice letter back. The agent was very nice and empathetic, and also gave us a credit to use on a later flight."

When all else fails...

Of course, every customer service success story has its counterpart. Yuri Herrera told TPG that a friend booked roundtrip American Airlines flights through the Chase Ultimate Rewards portal, and accidentally picked the wrong outgoing date. "More than $600 later, he corrected the mistake — and he had to discuss [the situation] with Chase, not American Airlines."

At the end of the day, the stories above are encouraging to hear: If you make a mistake in good faith, it's always worth the effort of nicely asking the airline to consider the circumstances surrounding your booking. Be flexible on potential outcomes — it may be easier for customer service to offer you a voucher toward future travel, for instance, rather than offering a refund to which you're not entitled in the first place. At the end of the day, you're asking for a goodwill gesture from the airline, which isn't obligated to dip into its bottom line to rectify your purchase error.