Articles
Max Prosperi is a part-time frequent flyer and travel writer and full-time student. Based in St. Louis, Missouri, Max covers a variety of topics with a focus on points, miles, and aviation.
Follow
July 20, 2019
•
6 min read 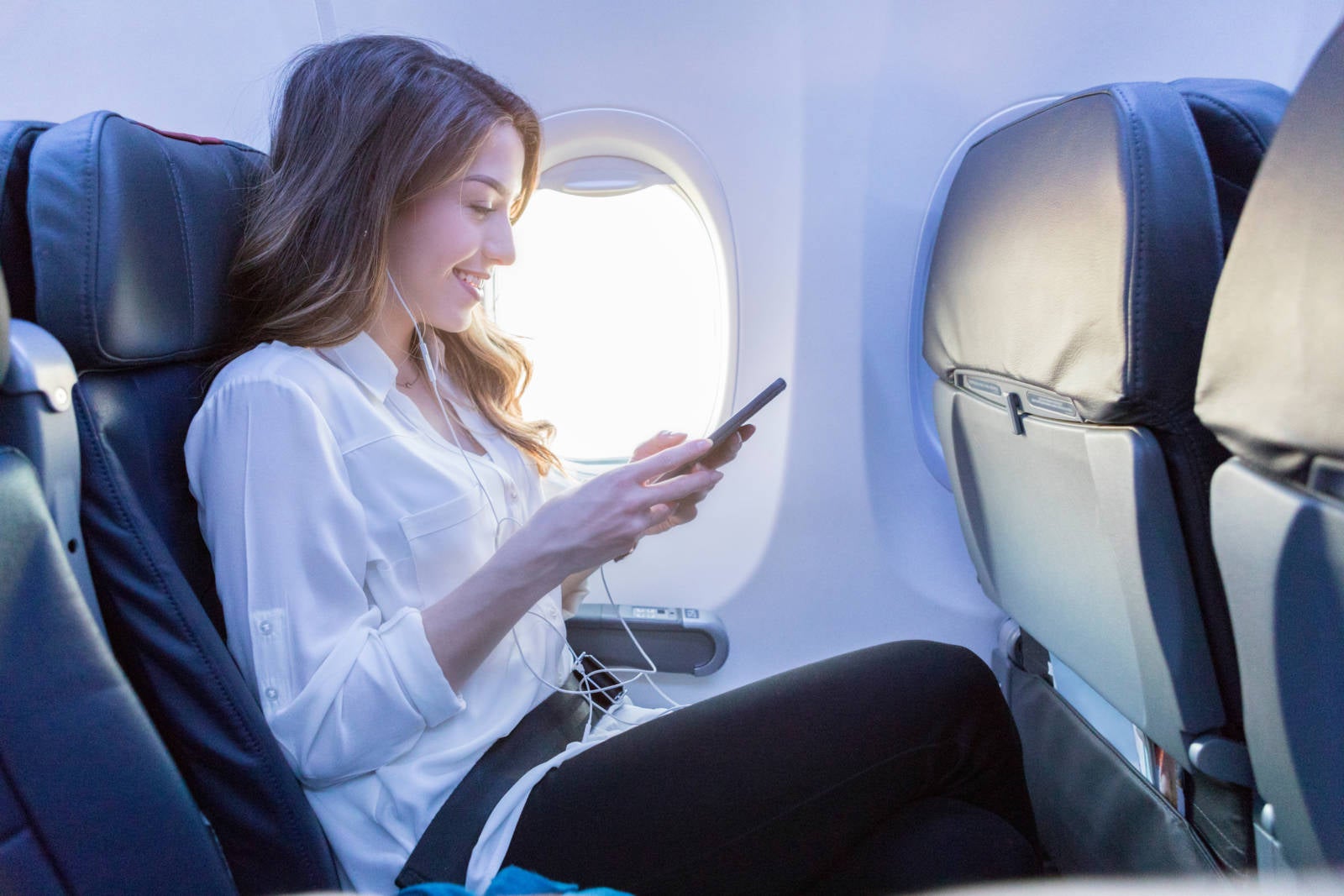 In-flight Wi-Fi has also become much faster and more reliable. With many passengers expecting Wi-Fi as an amenity offered on their flights, airlines are working to democratize in-flight Wi-Fi by making the service free of charge.

While free Wi-Fi is abundant on the ground with hotels, restaurants, airports and even mass transit offering free connectivity, offering free in-flight Wi-Fi was only recently made possible. The first generation of in-flight Wi-Fi didn't offer enough bandwidth to handle 100+ individual connections. However, with the introduction of satellite-based in-flight Wi-Fi, more bandwidth and better reliability have increased significantly. This is allowing airlines like JetBlue to offer free Wi-Fi to all passengers.

Even though technology has advanced to a point that airlines could offer free in-flight Wi-Fi, very few do. However, that's set to change over the next few years as airlines compete to offer the best in-flight connectivity.

It's much easier for an airline to say that it plans on offering free Wi-Fi than it is to actually go through with offering the service. That being said, a number of airlines have announced plans to expand free in-flight Wi-Fi. With numerous airlines stuck with earlier generation in-flight connectivity systems or only featuring Wi-Fi on select flights, it's not completely clear how close many of these airlines will actually offer it.

As of July 2019, the following airlines have confirmed that they are exploring the option of offering free in-flight WiFi in the future:

However, View From The Wing's Gary Leff stated in a recent post that a "well-placed source" at American Airlines has confirmed that the airline will offer free in-flight WiFi. It is not yet clear just how credible Leff's sources are. Nevertheless, the question of whether or not the airline was going to take on Delta in offering free WiFi has been making rounds for months now.

If the report is correct, free Wi-Fi on American Airlines' flights may still be months away. Though American Airlines has made significant process in rolling out faster satellite-based Wi-Fi across its entire mainline fleet, there are still a number of aircraft that could not handle 100+ passenger devices using the Wi-Fi simultaneously.

This may come as surprise to passengers that fly airlines including American, United, or Southwest but there are a number of airlines that already offer free in-flight Wi-Fi to all or some passengers.

Free in-flight Wi-Fi was originally an amenity reserved for business or first class passengers. The first airlines to offer free in-flight Wi-Fi provided select premium passengers with vouchers to use onboard their flight for free access. The service was not unlike hotels only offering guests who book more expensive rates like suites or packages free Wi-Fi.

Seats may be shrinking and in-flight amenities are limited to a free soft drink, however, there is one front that airlines aren't cutting back on. That's in-flight connectivity. If there's one way to keep passengers content, it's to allow passengers to have the freedom to stream what they want, browse the internet, access social media, and stay connected with those on the ground. Airlines have recognized this and are now working to compete not on seat comfort but on in-flight connectivity.