10 Foods to Bring Back From Your Travels in Israel 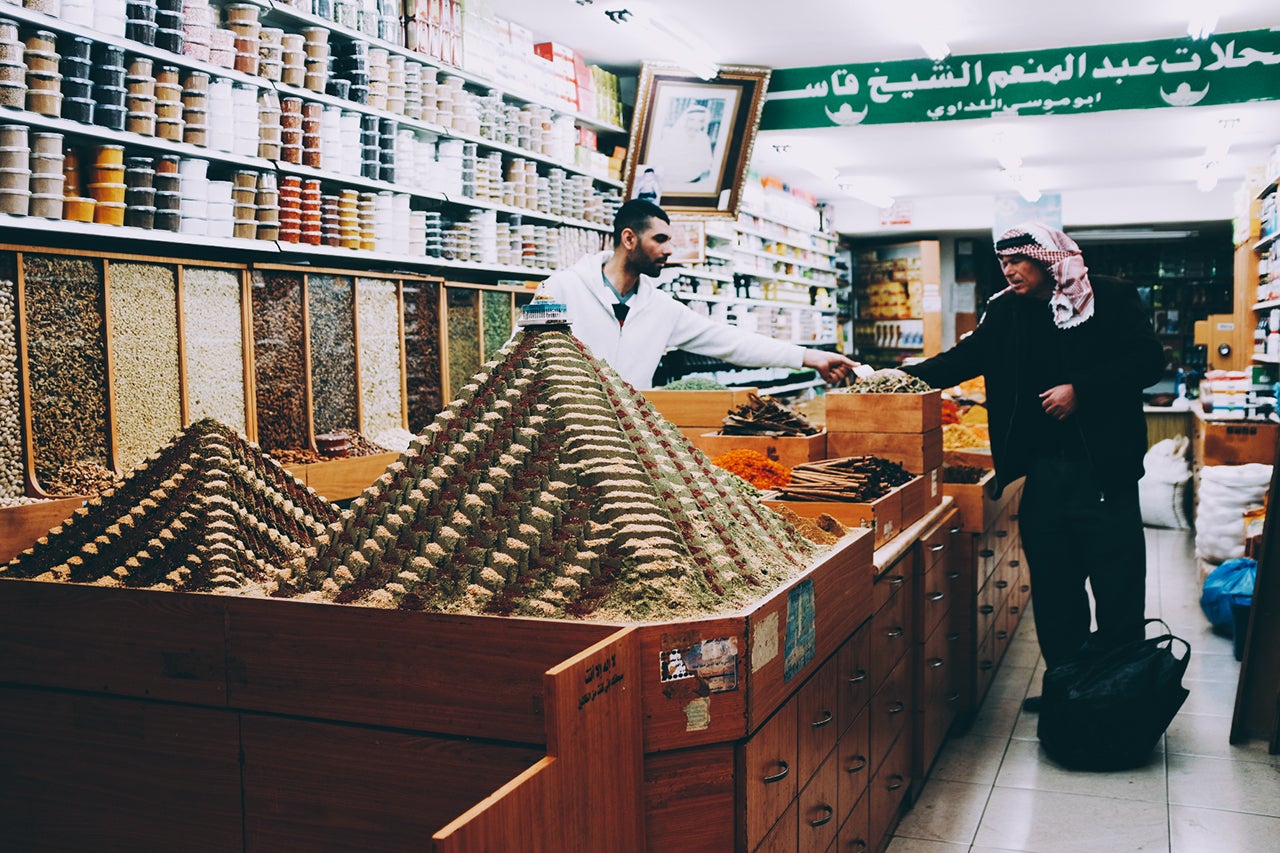 Thanks to early pioneers of Israeli cuisine, like Philadelphia-based chef Michael Solomonov of Zahav, and more recently Alon Shaya of his namesake New Orleans eatery, Israeli eats — and really Middle Eastern food in general — are trending today. Solomonov set the standard for Israeli cookery when he opened Zahav in 2008, shedding light on a then-mostly unsung genre of cuisine rich in salads, breads and sesame-based spreads. In 2015, Shaya setup his own interpretation of the food he grew up eating, earning quick praise for his pillowy pita bread and variety of dips. With an abundance of excellent ingredients, here’s what to bring home from Israel.

What we in the United States call tahini (not to be confused with tahini sauce, which involves ingredients like lemon and olive oil), Israelis call tahinia — an integral ingredient in hummus. Tahina is a paste made from toasted ground sesame seeds and it can come in a rainbow of brown hues, based on how long seeds are roasted. While you can buy tahini/tahina in the States, most of domestic stuff tastes stale, slightly bitter, with a faint sesame flavor. In Israel you’ll find richly-perfumed, creamy and sweet tahina — a truly versatile and worthy ingredient for checked baggage.

Taste an Israeli date and you’ll understand why this candy-like dried fruit is a staple in both sweet and savory dishes. Israeli dates, like the Medjoul species, are complex in flavor and oftentimes sweeter than American-grown dates. And while I am not urging anyone to sneak fresh dates home (or am I?), should you come across any while perusing local markets, I’d strongly advise a taste. Because when was the last time you bit into a date as juicy as a summer peach?

With a deep and fruity caramel-esque flavor, you’ll want to pack at least one jar of silan, or date honey, in your checked baggage. Silan isn’t honey flavored with dates, but rather a thick syrup reminiscent of molasses in terms of color and viscosity. Silan is made by slowly cooking dates with water, straining out the dates and then cooking that liquid down into a honey-esque condiment.

The Israeli confection known as halva, made from tahini paste and sugar, is sold throughout Israel and comes in massive blocks enriched with a medley of ingredients, from rose petals to pistachio. Buy a hunk, wrap it tightly, and enjoy stateside beside your morning coffee.

You can buy very good olive oil in Israeli relatively inexpensively — approximately 60 shekels ($17) for 750mL. Look for bottles made from fruit grown in the Upper and Lower Galilee, toward the country’s north, where the best trees grow.

The dried crimson-hued berries of the sumac bush are an indispensable ingredient in Israeli cookery. Chefs sprinkles the tart spice atop everything from chicken kebabs to salads, and sometimes add sumac to dishes in place of lemon. The most common variety of sumac sold in the US is sourced from Turkey and it’s usually mixed with preservatives. In Israel, you can buy the crushed berries unadulterated.

Israelis take their morning brew quite seriously, with thicker-style Turkish coffee commonly the pick-me-up of choice. It’s also not unusual to find coffee flavored with cardamom, the exotic spice adding a delicious twist. Grab a bag of premixed cardamom coffee to go; the brand El Nakhleh is a good one.

One of Israeli’s most beloved spice blends — the composition of ingredients changes from shop to shop — is za’atar. A friend to baked goods, you’ll commonly see za’atar caked atop breads, or mixed with oil for bread to be dipped into. Typically, za’atar is made from a blend of sesame seeds, thyme, oregano, marjoram, salt and other spices like sumac.

Another spice mix that varies based on its maker, ras el hanout frequently calls for any of the following: cumin, ginger, black pepper, cinnamon, coriander, cayenne, clove, allspice, paprika or turmeric. Originating in North Africa, this blend of warm spices with peppery notes builds complex flavors in dishes from meat to stew.

It’s unfortunate that Manischewitz swill is what most people think of when it comes to Israel and wine. (For the record, Manischewitz is produced in the States). But the truth of the matter is that Israel counts a rich, flourishing and extremely exciting up-and-coming wine scene, with standout producers like Recanati and Sphera causing worldwide sommelier to take note. Seek indigenous and familiar varietals like Recanati Reserve Marawi 2016 and Sphera’s Riesling.