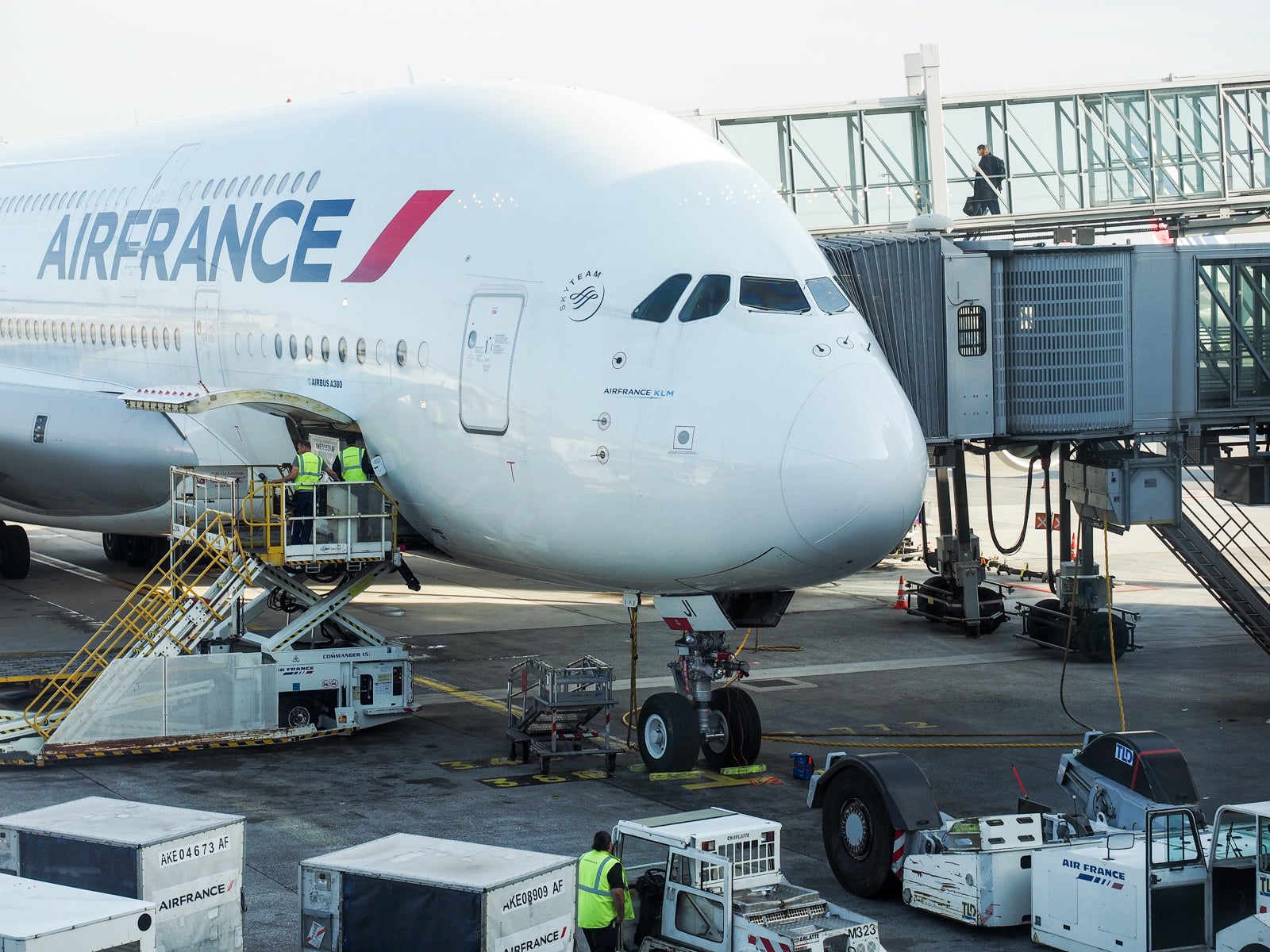 Use Mobile Apps to Beat Flying Blue Restrictions on Award Searches
This post contains references to products from one or more of our advertisers. We may receive compensation when you click on links to those products. Terms apply to the offers listed on this page. For an explanation of our Advertising Policy, visit this page.

Transferable point currencies derive their significant value based on the flexibility they offer. Rather than being locked into a single airline, you can wait until it's time to book and you've confirmed availability before committing to that carrier and its set of partners. However, this only works when the airlines don't throw up road blocks to this process, and it appears that one program has recently done just that.

If you're a Flying Blue member without any miles in your account, you may no longer able to search for Flying Blue award availability using the program's desktop sites. Both the KLM and Air France booking platforms have greyed out all search criteria boxes, and users are unable to click "search" (or anything else on the page for that matter).

Unfortunately, there are many conflicting reports out there. Some indicate that this only applies to those with no miles in their accounts, while others claim to have a large balance and are still encountering the problem. We've read reports that clearing your browser's cache or logging in on a different browser can reset this functionality, but even that's hit-or-miss.

However, one thing's for sure. Given that Flying Blue is a transfer partner of Chase Ultimate Rewards, American Express Membership Rewards, Citi ThankYou Rewards and Capital One, being unable to search for award tickets online could prove to be a major hindrance.

This isn't the first hiccup of this variety we've seen from Flying Blue. Back in 2015, Flying Blue seemed to be canceling accounts with no mileage balance being used just to search for award tickets. There have even been reports of Flying Blue canceling accounts for actually transferring in points and booking rewards! You didn't read that wrong; apparently a member of the Flying Blue fraud department even made a statement that the "use of our frequent flier accounts as boxes opened to transfer miles with our non air partners won't be allowed anymore." Air France later denied such a statement.

This move is especially puzzling for a couple reasons. One, Flying Blue now uses variable award ticket pricing, so the price of an award ticket isn't fixed. While you can check for award availability on another SkyTeam site, you'll have no idea how much the ticket will actually cost in Flying Blue miles without searching. Two, points transferability is a huge selling point for companies like American Express and Chase when marketing their premium credit cards. The fact that these programs allow transfers to Flying Blue doesn't mean anything if you can't search for availability.

There are reports that this a temporary issue, but I'm not so sure. I've been a member of Flying Blue for about eight months now, and I've been locked out more times than I can count. I've always been able to fix the problem by signing in and signing back out, clearing my cache, or by using an incognito browser window, but the lock out has clearly been at least a part of the carrier's system for a while now.

In the meantime, it appears that award searches through mobile apps are working without problems. TPG Senior Editor Nick Ewen was able to pull up results with a zero mileage balance in his Flying Blue account through both the Air France app:

And the KLM app:

(Side note: The Air France app was, for some reason, displaying the results for the day prior to the one Nick searched. In both of the above screen captures, he had used Thursday Mar. 14, but Air France returned results for Mar. 13.)

It's also worth noting that you could direct your browser to mobile.airfrance.us to mimic the functionality of the Air France app on your desktop. This appears to correctly pull in award availability just like the app (and doesn't have the strange date discrepancy noted above):

Given that award searches appear to be operating normally through the carriers' mobile apps, this is hopefully just a glitch with the desktop booking engine. We'll keep an eye on this issue and update this article accordingly, but in the meantime, I'd recommend using the Air France or KLM mobile options to complete your award searches.

Please let us know what you're finding with award searches through Flying Blue's website in the comments section below!