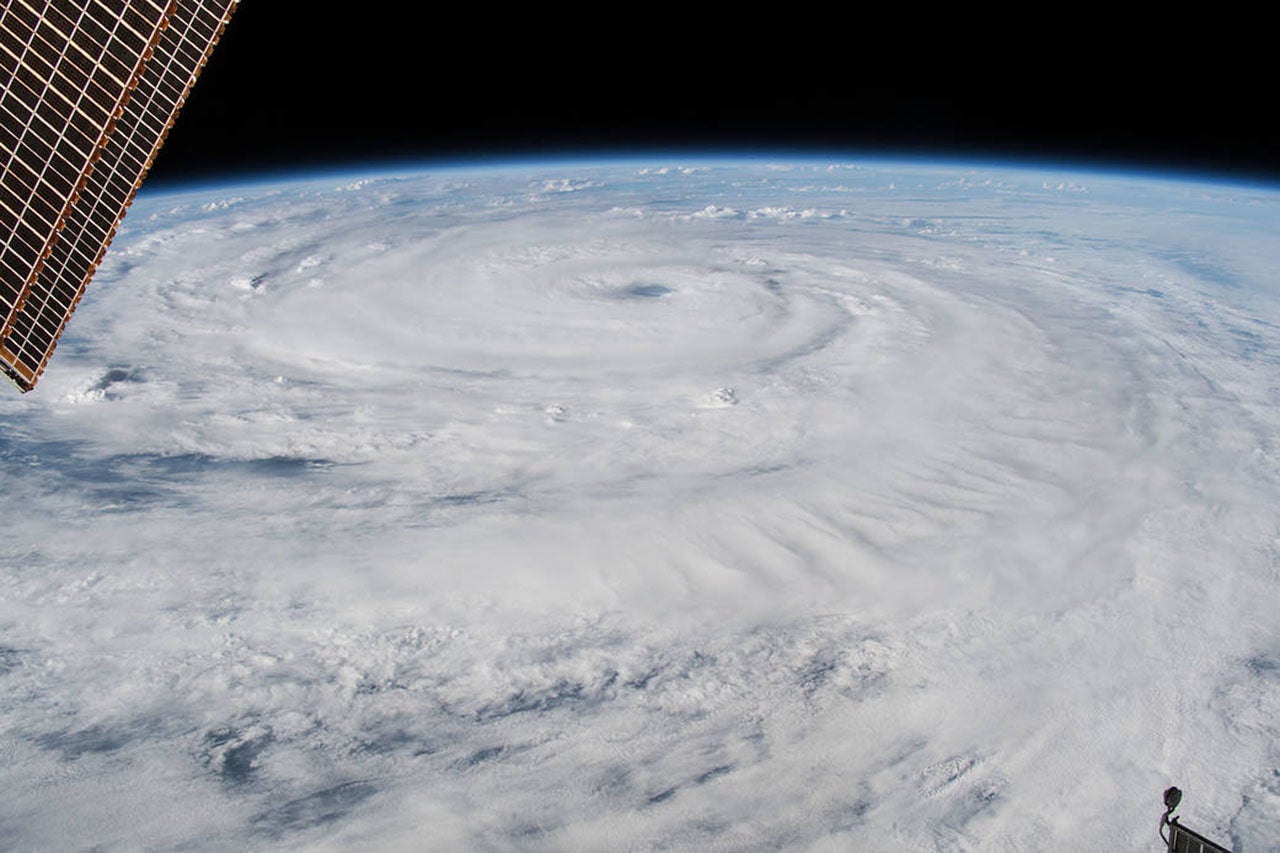 Approximately 5.4 million residents are under hurricane watches and warnings as Hurricane Florence draws ever closer to the Carolina coast. Those hoping to evacuate are being hampered by gas shortages with flight cancellations limiting backup options. And time is running out as hurricane force winds are expected to reach the coast Thursday night.

As of 11:00am Wednesday, Hurricane Florence has weakened slightly, but maintains Category 4 status with 130mph top sustained winds. The latest models show a notable southward shift and slowdown from the expected path of the last few days. Rather than stalling out over land in North Carolina, the storm is now expected to slam on the breaks before making landfall, churning off of the coast before finally meandering onshore on Saturday — rather than making landfall on Thursday as predicted a few days ago.

While the storm's shift is great news for Virginia and inland residents, this is terrible news for coastal South Carolina and North Carolina. Not only can these areas expect damaging winds and "life-threatening" storm surge, but forecasters say that it'll also face "catastrophic flash flooding and significant river flooding" as the storm pummels the area over an extended period of time.

While some models are predicting up to 45 inches of rain in NC, the official National Hurricane Center rainfall forecast calls for:

Storm Surge of Over 9 Feet

While rainfall is going to cause widespread flooding, the biggest threat to coastal North Carolina and South Carolina remains disastrous storm surge. The powerful hurricane is expected to push a wall of water toward the coast as it approaches, with the worst conditions being on the northside of the storm due to the counterclockwise motion. The latest storm surge models forecast catastrophic flooding for the North Carolina coast, with large parts of the coast — colored in red below — expecting to be flooded with more than nine feet of storm surge.

There's approximately two million residents under evacuation orders, but evacuations are being made much more difficult by widespread gas shortages. There's reports of gas stations running out of gas as far west as Raleigh.

On Monday night, Boeing shut down production of Dreamliners at its Charleston plant. On Tuesday, the aircraft manufacturer evacuated all airworthy Dreamliners from Charleston to its other Dreamliner plant in Everett, Washington.

Based on the latest models, researchers from the University of Michigan are now predicting that the hurricane will leave approximately 2.7 million residents without power. This is a notable improvement from the prediction of 3.3 million left without power based on the hurricane forecast from Tuesday evening.

As it did last year in Florida and the Caribbean, Delta has capped airfares out of "select coastal and inland cities from Savannah, Ga., up to Richmond, Va." While "fares range by cabin, flight distance and market," fares are capped as low as $299 one-way in economy or $799 one-way in first class. JetBlue has also capped fares at a much-lower $149 one-way to/from Savannah (SAV), Charleston (CHS), Charlotte (CLT), Raleigh (RDU) and Richmond (RIC) through Sunday.

These storms are yet another reminder to book flights with a card that offers solid trip delay and cancellation insurance. Currently, I’m using my Chase Sapphire Reserve to book my flights going forward. Another top choice is the Chase Sapphire Preferred Card.

Stay tuned to TPG for updates on Hurricane Florence, Tropical Storm Isaac and Tropical Storm Olivia. Browse to www.thepointsguy.com/hurricane for the latest info.

Related stories
What are points and miles worth? TPG’s December 2022 monthly valuations
Capital One Venture X to lose Priority Pass restaurants and spa services as of Jan. 1, 2023
December 2022
Current Hyatt promotions: Bonus points on stays and dining plus double stay credits
Featured image by (Sept. 12, 2018) --- Cameras outside the International Space Station captured a stark and sobering view of Hurricane Florence the morning of Sept. 12 as it churned across the Atlantic in a west-northwesterly direction with winds of 130 miles an hour. The National Hurricane Center forecasts additional strengthening for Florence before it reaches the coastline of North Carolina and South Carolina early Friday, Sept. 14.