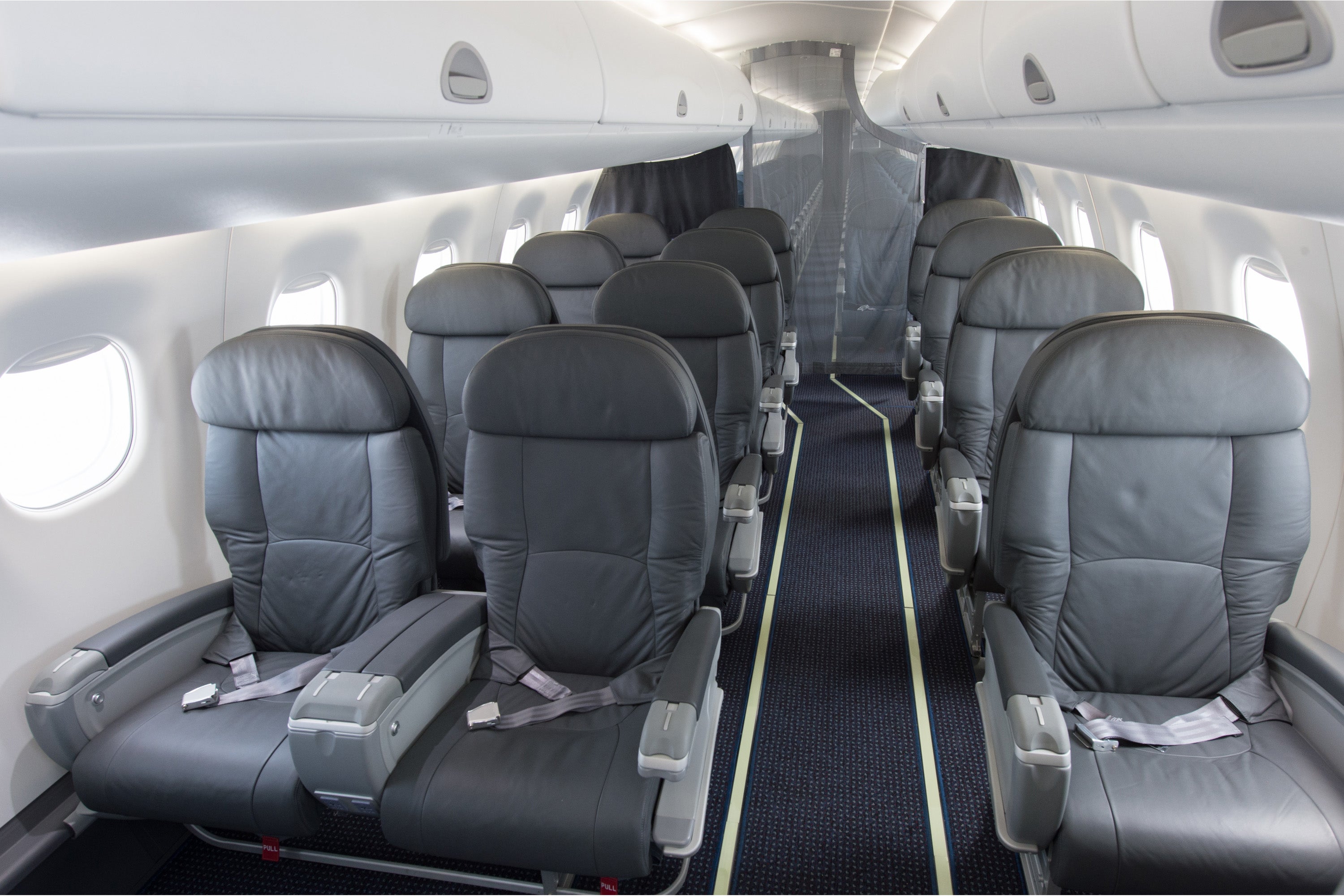 Fit for Flight: AA's Much Improved Regional First Class Breakfast
This post contains references to products from one or more of our advertisers. We may receive compensation when you click on links to those products. Terms apply to the offers listed on this page. For an explanation of our Advertising Policy, visit this page.

Eating healthy while traveling can be difficult. Once, TPG Points and Miles writer JT Genter (who happens to be my husband) and I were each served a highly-processed breakfast in first class on a regional American Airlines flight from Charleston, SC (CHS) to Dallas (DFW). While some breakfast is always better that no breakfast, we couldn't help but notice that the breakfast contained a surprising 70+ grams of sugar.

After the flight, two years ago, JT reached out to American Airlines to ask about the amount of sugar in the meal and check if AA would consider offering a healthier meal option. At the time, an American spokesperson shared the good news that improvements were coming:

"We’re working to refresh our regional menu offerings in spring 2017. As with all of our menus, we’re consistently evaluating how we can update our food offerings while providing the highest quality, most nutritional and tasteful meals that our customers will enjoy."

American would eventually refresh its regional menus in September 2017. Shortly after the menus were refreshed, an American Airlines spokesperson explained that there would be two options going forward:

So, for the last year, we've been eagerly awaiting our next first class flight on an American Airlines regional jet during breakfast on a qualifying route. However, these meals are only served on regional jets departing after 5am, traveling over 900 miles and flying for longer than two hours and 30 minutes. In addition, there are a few exception routes that also offer a cold breakfast:

After missing a few elite upgrades on eligible flights, we finally had the opportunity this week to try the new cold regional breakfast on a morning flight from Atlanta (ATL) to New York (LGA).

On our flight, breakfast was a choice of muesli with coconut flakes or a protein plate. I ordered the muesli, which came topped with fresh fruit and coconut flakes. The muesli was served with a cup of vanilla Greek yogurt, a package of granola and a cinnamon roll. Although serving yogurt with muesli seemed like milk-product overkill, the muesli was tasty and not too sugary. And, I was happy that the coconut flakes weren't soggy.

JT ordered the protein plate, which consisted of sliced ham, prosciutto, cheddar cheese, brie cheese, tomato slices, cucumber slices and a hard boiled egg cut in half. It was served with a fruit bowl with grapes, pineapple, kiwi, an orange slice and a strawberry as well as a cinnamon roll. He was surprised to find that everything, including the sliced egg, tasted fresh.

Neither of us took more than a few bites of the cinnamon roll, which was sweet but tough and cold. But, even with the disappointing cinnamon roll, these breakfast trays are significantly better than what we received two years ago.

It's not often that we get to share good news about an airline, but credit where credit is due: AA did a great job improving the first class breakfast offerings on their regional flights. On our flight, both breakfast options were fresh and reasonably healthy, and I'd say that my muesli dish was as good as hot breakfasts I've eaten on some of American's mainline routes.

Sign up for our daily newsletter
Featured image by A look inside an American Airlines first class cabin.