Articles
Katherine Fan is a former senior travel features reporter at The Points Guy who covered everything from personal finance to travel and aviation.
May 14, 2018
•
4 min read 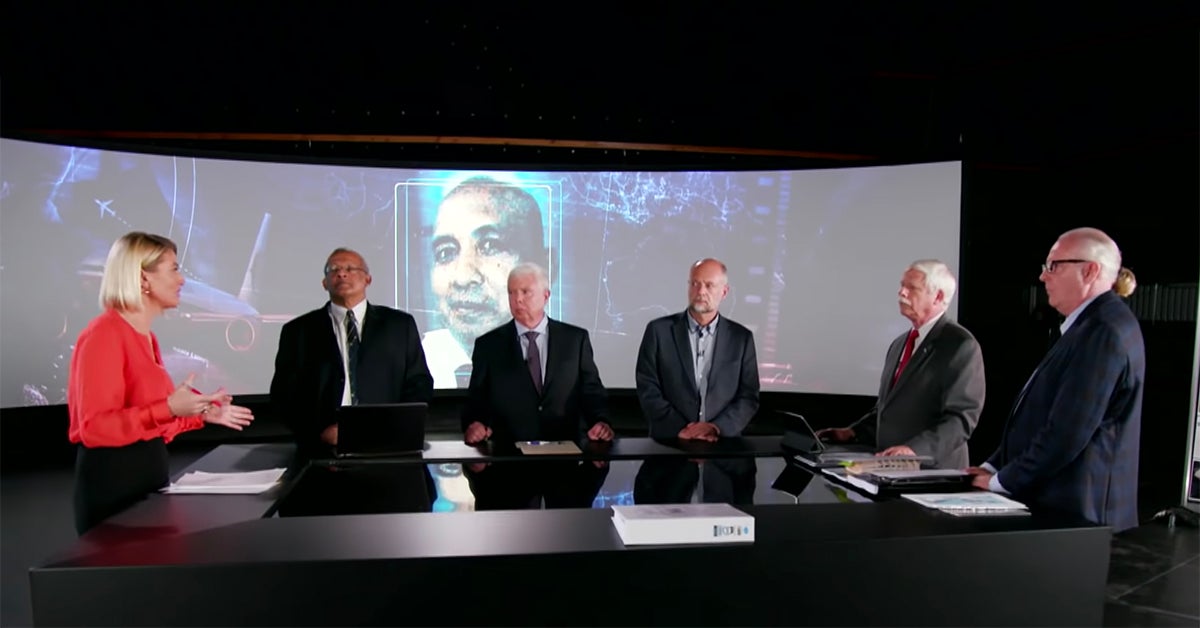 Pilot Intentionally Crashed Malaysia Flight 370, According to Aviation Experts
This post contains references to products from one or more of our advertisers. We may receive compensation when you click on links to those products. Terms apply to the offers listed on this page. For an explanation of our Advertising Policy, visit this page.

Four years after "the greatest aviation mystery of all time," an international group of aviation experts say that Malaysia Airlines Flight 370 was intentionally brought down by veteran pilot Captain Zaharie Ahmad Shah.

"He was killing himself; unfortunately, he was killing everybody else on board, and he did it deliberately," Canadian Air crash investigator Larry Vance said during a "60 Minutes Australia" special broadcast.

After a futile search spanning several years, the investigation was officially called off by Australian, Chinese and Malaysian authorities in early 2017, although the Malaysian government separately hired private company Ocean Infinity to renew the search in January 2018. Yet despite a $70 million incentive to locate further wreckage from the flight, Ocean Infinity declared defeat on May 1 of this year.

Now, just two scant weeks after the announcement, experts stated one reason why the high-tech search company may have failed: Ocean Infinity may have been looking in the wrong spot altogether.

"60 Minutes Australia" host Tara Brown directed a panel of four international aviation experts to share their hypotheses. The panelists utilized new or existing data to suggest that Captain Shah flew Flight MH370 115 miles farther than originally thought, which would explain why multiple search efforts have returned almost no evidence of the missing plane. What minimal wreckage has been discovered may further back the theory that the pilot actually had full control of the plane, rather than the Boeing 777 crashing into the ocean at high speeds. The controlled crash theory contradicts the Australian Transport Safety Bureau's hypothesis of a "death dive" impact, with nobody in control within the cockpit.

Veteran air-crash investigator Larry Vance gestured toward a wing component which had been recovered from the shore of Africa as he explained on camera, "The front of it would be pressed in and hollow [in the event of a high-speed crash]. The water would invade inside and it would just explode from the inside. So this piece would not even exist."

Based on a reconstructed flight plan pulled together using military radar, Boeing 777 pilot and flight instructor Simon Hardy stated that Captain Shah's flight pattern — weaving in and out of airspace along the borders of Malaysia and Thailand — looked like an intentional effort to escape detection. "It did the job because we know, as a fact, that the military did not come and intercept the aircraft," Hardy said. "His was a mission by one of the crew to hide the aircraft as far away from civilization as possible, which puts us way outside the search area that is currently being done."

Hardy also noticed that Captain Shah had likely dipped the plane's wing over his hometown of Penang, located on the northwest coastline of Malaysia: "Somebody was looking out the window... It might be a long, emotional goodbye — or a short, emotional goodbye," Hardy said. "I think someone was controlling the aircraft until the end."

Theories regarding Flight MH370's potential mass murder-suicide are not new; as far back as 2016, it came to light that Malaysia Airlines had suppressed evidence of a flight simulation recovered from Captain Shah's private home simulator. The simulation outlined a "suicide route" eerily similar to the one Shah flew on March 8, 2014. Other aviators swear that the plane managed to evade radar detection by flying in the radar "shadow" of another aircraft.

Regardless of the reason, lack of closure is exhausting for the family members of those missing from Flight 370, who told CBS News that without forensic evidence, they will not be convinced that this latest theory means anything more than previous conjectures. And the pilot's family told the news outlet that "pointing a finger toward him does not make them expert investigators — they have to find the plane."

Yet others a little more removed from the situation find the experts' analysis "very compelling." Aviation analyst Henry Harteveldt, president of Atmosphere Research Group, told CBS News, "What I find very compelling is the hypothesis that the pilot did this deliberately, and did one of the most heinous acts in modern commercial aviation."

Our points-obsessed staff uses a plethora of credit cards on a daily basis. If anyone on our team wouldn’t recommend it to a friend or a family member, we wouldn’t recommend it on The Points Guy either. Our opinions are our own, and have not been reviewed, approved, or endorsed by our advertising partners.
See all best card offers
Related stories
News
Earn bonus points on paid stays with IHG's Cyber Monday promotion
Deals
Today only: Save up to 50% on United award flights to Asia, Australia and Europe
Guide
Cyber Monday deal roundup: Luggage, headphones and travel accessories on sale today
News
Deal stacking: What TPG staffers are really buying on Cyber Monday