A Look Inside Eviation's Alice, the All-Electric Plane Headed to Cape Air 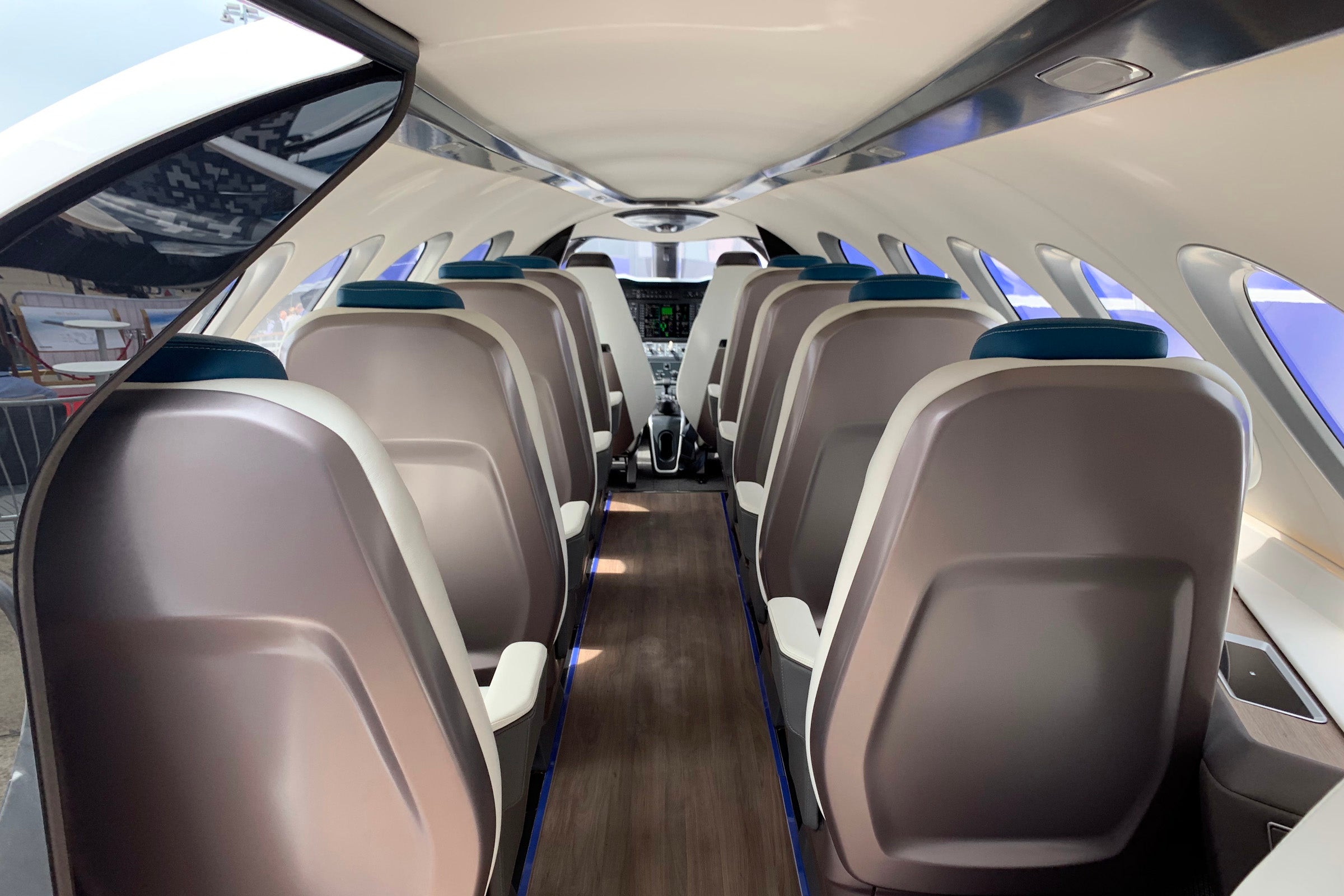 A Look Inside Eviation's Alice, the All-Electric Plane Headed to Cape Air
This post contains references to products from one or more of our advertisers. We may receive compensation when you click on links to those products. Terms apply to the offers listed on this page. For an explanation of our Advertising Policy, visit this page.

While the majority of American travelers may not have heard of Cape Air, the carrier's become a vital link between communities throughout the mainland United States and the Caribbean.

The majority of Cape Air flights are operated by a fleet of 88 small, twin-engine Cessna 402s, with each offering just nine seats — including one right next to the pilot. Over the next decade, the carrier's fleet will begin to look very different, though. Beginning in 2022, Cape Air expects to take delivery of its first "Alice," an all-electric plane from Israel's Eviation Aircraft.

Eviation made a big splash at the Paris Air Show this week. The company made its Paris debut in 2017 with a technology demonstrator, and returned in 2019 with an airworthy prototype.

Attendees had a chance to check out a "real" plane that will soon fly, once the company receives approval to begin testing.

Tuesday, the company shared the news of its Cape Air deal — the carrier has signed on for a "double-digit" Alice fleet, a natural complement to the existing Cessna fleet, given that both aircraft carry exactly nine passengers. While the plane's list price may seem reasonable, at $4 million, it's a big investment for a carrier serving passengers with aging Cessnas valued at well under a million.

"We see tremendous opportunities to reduce the environmental impact of our operations, and to help our employees and communities do that as well," Cape Air CEO Dan Wolf said in a press release. "Augmenting our fleet with the all-electric Alice aircraft is the next chapter in our future."

As an all-electric aircraft, Alice doesn't require any fuel — the plane can add an hour of flying time after 30 minutes of charging on the ground. More than 60% of Alice's maximum takeoff weight consists of the battery, which tips the scales at some 8,200 pounds.

With a full suite of Honeywell fly-by-wire avionics, Alice is also said to be one of the easiest commercial aircraft to fly. The plane is rated for 650 miles of range, flying at 240 knots (about 275 miles per hour) at 10,000 feet.

It's also very reliable — while it has three motors, the aircraft can continue to fly with just the rear motor engaged. If one wing-mounted motor fails, the other will be disabled to maintain stability, and additional electric power can be diverted to the rear motor so the plane can continue its flight.

Alice's cabin is far from final, but I was of course eager to take a look. While the cabin felt a bit tight due to the low ceiling, the experience improves dramatically once you're in your seat.

I really love the seats installed on the test plane — they're made of a cushy leather, and have a nifty swivel feature that makes it easier to see out of the gigantic windows.

There isn't much in the way of storage on this prototype, but I imagine that'll change before Alice begins to fly paying passengers.

This prototype even has side-mounted wireless smartphone chargers, which I'm told work right now, though they weren't powered on during my tour.

There's also a touch-enabled reading light — the light isn't focused, but it'll do the trick in a pinch.

Best yet, the 1-1 configuration means each passenger has far more personal space than you'd normally get on a regional aircraft.

Eviation is hoping to receive FAA certification as soon as 2021, with the aircraft entering commercial service in 2022. Although it's far too early to suggest final routes for the carrier's first Alice planes, Cape Air currently operates short-haul service to the below airports:

Cape Air's route map could look quite a bit different come 2022, however — only time will tell where, and exactly when, Eviation's Alice will fly.