Closed for Business: Navigating Europe’s Public Holidays in May 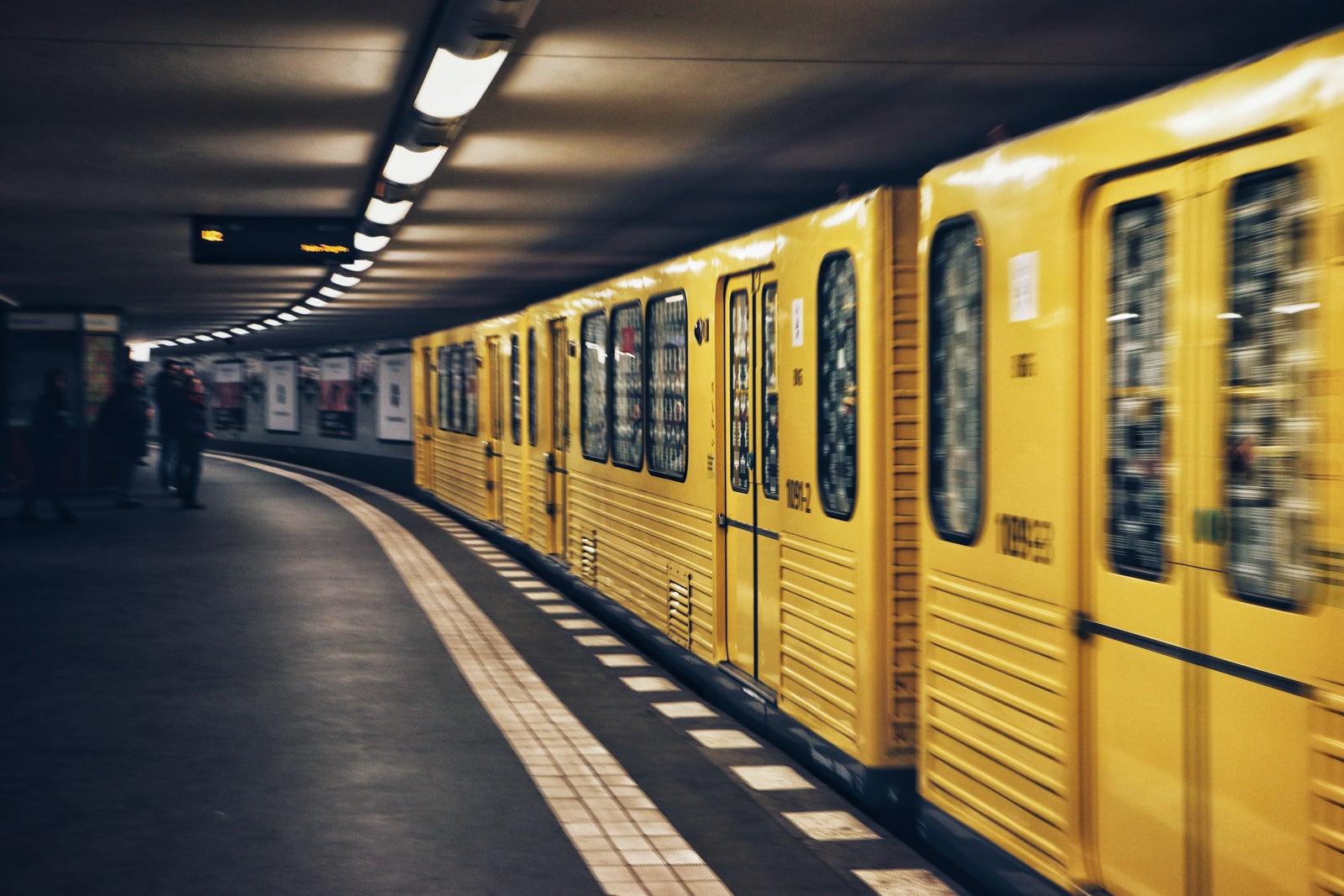 Most savvy travelers know that August is when European cities become empty ghost towns, leaving tourists stranded without a lot of options. But the variety of public holidays in May, starting with the Europe-wide celebration of International Workers’ Day on Wednesday, May 1, can also affect your travel arrangements — especially when it comes to protests and street closures. Watch out for limited public transportation schedules, crowds of partiers and weekday closures at museums, monuments and shops. Here are some ways to avoid — or join — the festivities in five major European cities.

May 1: In the leftist German capital, May Day brings an anti-establishment charge to the air. Long-time Berliners remember when the holiday would turn violent, particularly in 1987 when ANTIFA and anarchist groups clashed with police in Kreuzberg, on the edge of West Berlin. These days, you can still listen to your share of Marxist speeches at Kottbusser Tor or in a protest demonstration, but the government has tried to redirect the focus to partying by licensing an open-air street festival called MyFest on neighboring Oranienburgerstrasse. Military tanks park along some of the bridges between Kreuzberg and Mitte for “just in case” scenarios but, overall, the vibe has mellowed thanks to the Love Parade-like atmosphere.

May 12: Mother’s Day isn’t a bank holiday, but it does fall on a Sunday — and Germans take their weekends very seriously. Most businesses, apart from restaurants and museums, close on Sundays.

May 30: Ascension Day, the 40th day after Easter, celebrates Jesus’ ascension to heaven with a day off for workers. Although many do not participate in Christian services, don’t expect a lot of shops to stay open, either. As on Sundays and other public holidays, you’ll find most Berliners lounging in the park, having a leisurely brunch or listening to music.

May 1: The annual trade union parade turned violent last year on the Fête du Travail (Labor Day), which coincides with International Workers’ Day. In the French spirit of protesting, the Yellow Vests movement has rallied on the streets every Saturday since October, demanding a fuel tax be revoked for the working class. This year, the Yellow Vests are planning a march at 2:30pm from Montparnasse to the Place d'Italie. For a more peaceful holiday, check out a 1,000-year-old street festival and amusement fair, Foire du Trône, at the Pelouse de Reuilly lawn in the 12th Arrondissement.

May 8: After the Germans officially surrendered in 1945, massive celebrations marked Victory in Europe Day. Today, the holiday is a little more subdued, but you’ll still find a parade starting at the Arc de Triomphe, where President Macron will lay flowers at the Tomb of the Unknown Soldier and pay homage to the troops. There's also a ceremony honoring WWII veterans and awarding the French Legion of Honor. While some restaurants and shops will be closed, especially in the morning, you should be able to go about your day without major changes.

May 26: The French celebrate Mother’s Day on the last Sunday of May. Although it isn’t an official holiday, the peer-pressure of the atmosphere demands you celebrate your mother.

May 30: Like the Germans, the French forgo their staunch secularism to give everyone the day off on Ascension Day. You'll find, however, that a lot of restaurants and shops still open — at least for a limited window of time. Head to the boulangerie early and don’t expect to go to a restaurant until the evening.

May 1 and 2: In Madrid, Spaniards get a two-day holiday break for International Workers’ Day and the Festival of Madrid. While the first holiday follows the European routine of demonstrations and street parties, the second of the month commemorates the uprising of Madrid’s people against Napoleon’s forces. Start the party at the Jardín de las Vistillas, where the May 1 fireworks erupt in the evening while people dance on the streets. On May 2, the Plaza del Dos de Mayo features a military parade and, naturally, more dancing. To understand the significance of this day, head to the Prado Museum, where you can see Francisco de Goya's painting, "The 2nd of May 1808 in Madrid," which depicts the battle that took place in Madrid.

May 15: The Feast of San Isidro celebrates Madrid’s patron saint and is, like the May 2 celebrations, a holiday celebrated only in Madrid. Residents don colorful costumes to watch the so-called Parade of Giants and Bigheads, a kitschy tradition reborn in the 1970s, that marches caricatures of famous government figures around different parts of the city. All schools and many shops close on the 15th, which is a bank holiday. For several days leading up to the 15th, the whole city takes on a festive air with fairgrounds, concerts and plenty of dancing, including a special dance called the chotis. And it's totally normal to see women wearing carnations in their hair and men wearing checkered vests and hats. Join Madrileños soak up the sun by picnicking outside in places like Pradera de San Isidro Park.

May 1: In contrast to other European celebrations on May Day, Labor Day becomes Love Day in Prague. You’ll find the main festivities on Petřín Hill, with lovers kissing under a statue of the famous Czech poet, Karel Hynek Mácha. Yet the public holiday, Labor Day, is still about workers’ rights. It was mandatory to participate during communist times, but today, locals enjoy the freedom to abstain — or even hold anticommunist demonstrations. You can find these demonstrations at Letná Plain. Local shops may not be open, but tourist attractions maintain a regular schedule.

May 8: The larger civic celebrations are reserved for Liberation from Fascism Day, on which a parade honoring World War II soldiers and victims culminates at the National Memorial on Vítkov Hill, attended by the president and prime minister. Most shops and local stores will be closed for the public holiday; check ahead for schedules at tourist attractions.

May 1: Although it’s not as charged as in other countries, International Workers’ Day is still important to left-wing Danes, who do their own share of marching, singing and speech-making. In Copenhagen, the festival celebrates a pretty universal Danish attitude of solidarity, and all are welcome to the Fælledparken to join in singing a red flag anthem, fueled by coffee and beer. Around the rest of the city, most shops and businesses remain open. Also be aware that this year, May 1 falls on the first Wednesday in May, when the Danish government tests its “howling sirens” in case of an emergency. Don’t panic.

May 17: Unlike Workers’ Day, the entire country takes the day off on May 17. The holiday, known as Prayer Day, is marked by church bells ringing throughout Copenhagen. Originally, it was created by a bishop to balance the observance of minor Christian holy days with the need for increased societal productivity; hence, several fast days were rolled into one, always celebrated on the fourth Friday after Easter. Because it’s a public holiday, all shops close, so you should plan your souvenir shopping a day ahead. There are no mass gatherings or celebrations for the day itself.

May 30: Like their European neighbors, Danes also celebrate Ascension Day with a public holiday. Don’t expect regular opening hours at shops or businesses, but call ahead to tourist attractions. Many are still open and receive a lot of holiday traffic.

May 6 and 27: As might be expected, the UK doesn’t conform to most European holiday trends in May, and there are no official Workers’ Day celebrations. However, Brits do take off the first and last Monday of the month for two spring bank holidays. The first one — officially called Early May Bank Holiday — is loosely tied to May Day, but is rather niche. Expect limited public transportation and some business closures, but for the most part, tourists shouldn’t find their trips affected by the holidays in May.

Related stories
Should you buy Marriott points with a 50% bonus?
5 secrets to getting a luxury cruise for less
Deal alert: Widespread Air Tahiti business class award space to French Polynesia
This no-annual-fee card earns 2% cash back on every purchase — and automatically applies your rewards
Featured image by (Photo by Soroush Karimi / Unsplash)