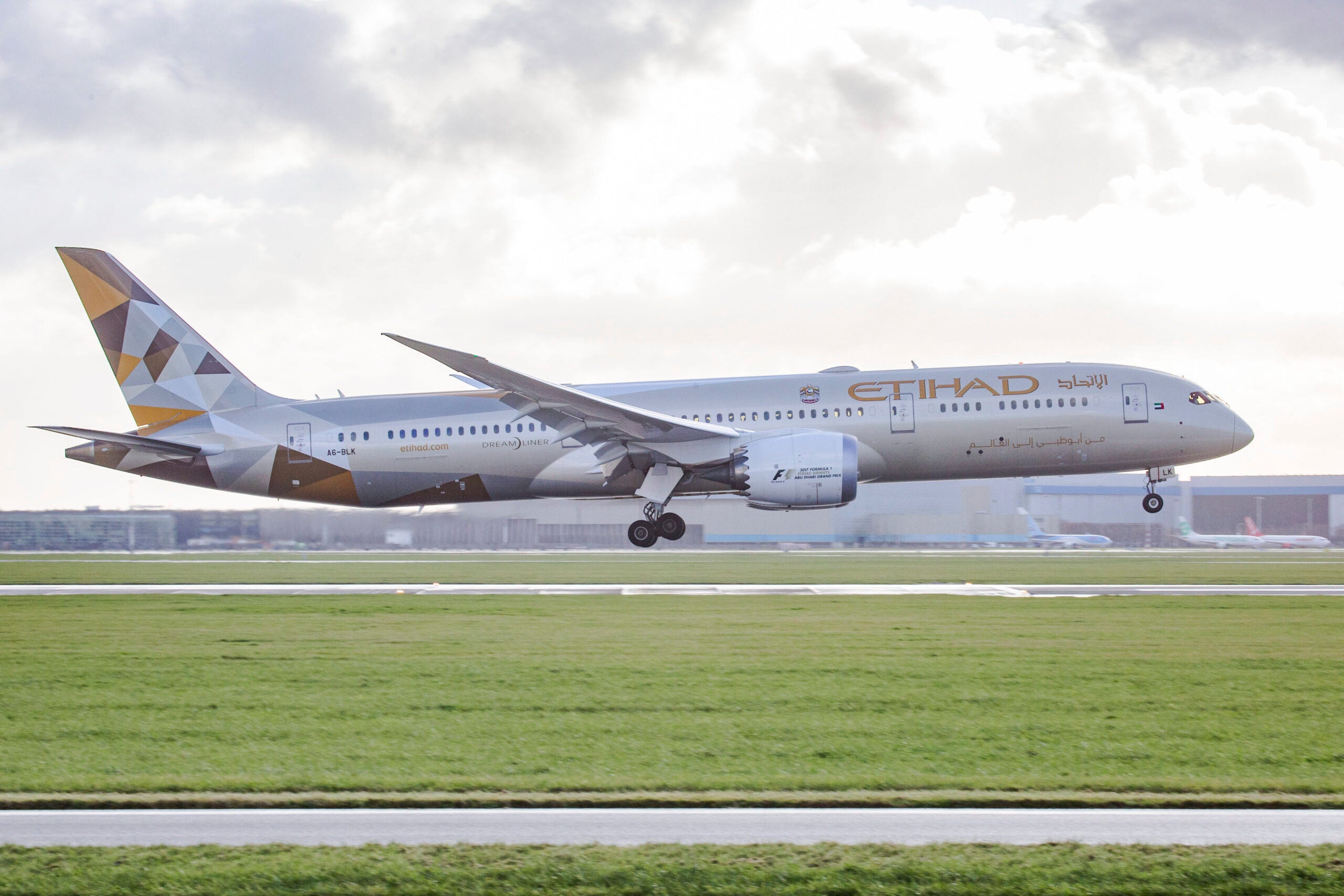 Etihad Airways is unique in that it has partnerships with nearly two-dozen airlines across multiple alliances. These partnerships unlock a ton of options for earning and redeeming miles on Etihad. And now, they're becoming even more rewarding.

TPG has discovered that the Abu Dhabi-based carrier made adjustments to its fare classes and is now awarding more miles for most flights. Even better, the improvements don't just apply to flights credited to the Etihad Guest program. The airline's partners have also updated its mileage charts to reflect these changes.

Starting today, you can earn up to 150% more miles when crediting economy, business and first-class Etihad flights to partners like American AAdvantage or Air Canada Aeroplan.

Before we dive into the partner changes, here's a look at how many miles you'll earn when crediting Etihad flights to Etihad Guest. Earnings are based on a percentage of the distance flown.

Overall, the changes here aren't too significant. Etihad flights always earned between 25% to 400% miles. The biggest differences are that you can now earn up to 200% miles in business class (previously capped at 175%) and you'll earn a minimum of 275% miles in first class (previously 250%). As you'll see, the changes are much more noticeable when crediting Etihad flights to partners.

If you're looking to boost your Etihad Guest balance, keep in mind that you could also transfer points from American Express Membership Rewards, Capital One or Citi ThankYou.

Over the past year-and-a-half, there have been multiple scares that Etihad Airways might end its long-standing partnership with American Airlines. In 2019, there were rumors that the Abu Dhabi-based carrier would end the partnership in favor of one with United. Then earlier this year, the concerns resurfaced after Etihad was briefly pulled from American’s partner page. However, the two airlines stuck together and just strengthened their partnership.

Here's what American's AAdvantage's earning chart for Etihad looks like now. Note that miles earned with Etihad do not count toward elite status — only as redeemable miles.

Previously, most economy fares would earn 25%, with B, H and K earning 50%, Y earning 100% and T earning no miles. Now, even Etihad's cheapest fares earn miles, while more expensive ones earn more.

Moving to premium cabins, all business class fares got a boost. American used to only offer a 25% cabin bonus on J, C and D fares. Now, you could earn up to a 100% bonus. First class got the biggest boost. F and P fares now earn a 175% cabin bonus, as opposed to just 50%. "P" (Residence) fares are unchanged.

Eagle-eyed readers may notice that "R" fares dropped from a 50% cabin bonus to a 10% cabin bonus. In reality, this wasn't a devaluation since the fare class was previously used for first class, whereas now it's being used for economy.

In June, Air Canada added the ability to earn and redeem Aeroplan miles on Etihad flights. As with American, you can only earn redeemable miles with Etihad.

Here's how the earnings break down:

Overall, these changes are a big boost for those crediting Etihad flights to Aeroplan. Previously, Residence flights only earned 250% miles and First just 150%. Business-class flights used to earn 115% to 125% miles, so the earnings still increased, though not as significantly.

Earnings in economy class now match those offered by American AAdvantage, which is a small yet positive development. However, if you're flying in a premium cabin, you'll likely still want to credit to AAdvantage. A better way to boost your Aeroplan balance would be to transfer points from American Express Membership Rewards or Capital One.

It's usually bad news when airlines adjust mileage earning rates, but that isn't the case here. You can now earn more miles when flying Etihad, regardless of your cabin or the program you credit your miles to. The higher the booking class, the more you'll be rewarded. Furthermore, today's changes give some confidence that American's partnership with Etihad is here to stay.

Our points-obsessed staff uses a plethora of credit cards on a daily basis. If anyone on our team wouldn’t recommend it to a friend or a family member, we wouldn’t recommend it on The Points Guy either. Our opinions are our own, and have not been reviewed, approved, or endorsed by our advertising partners.
See all best card offers
Related stories
Guide
Chase Sapphire Reserve credit card review: Luxury perks and valuable rewards, plus a 60,000-point bonus
Reviews
Incredible location, chic designs and solid elite benefits: Hyatt’s Thompson Central Park New York
Guide
Save money with these travel-related offers on your credit cards this month
News
1st look: United's new Boeing 767-300 configuration with Premium Plus recliners