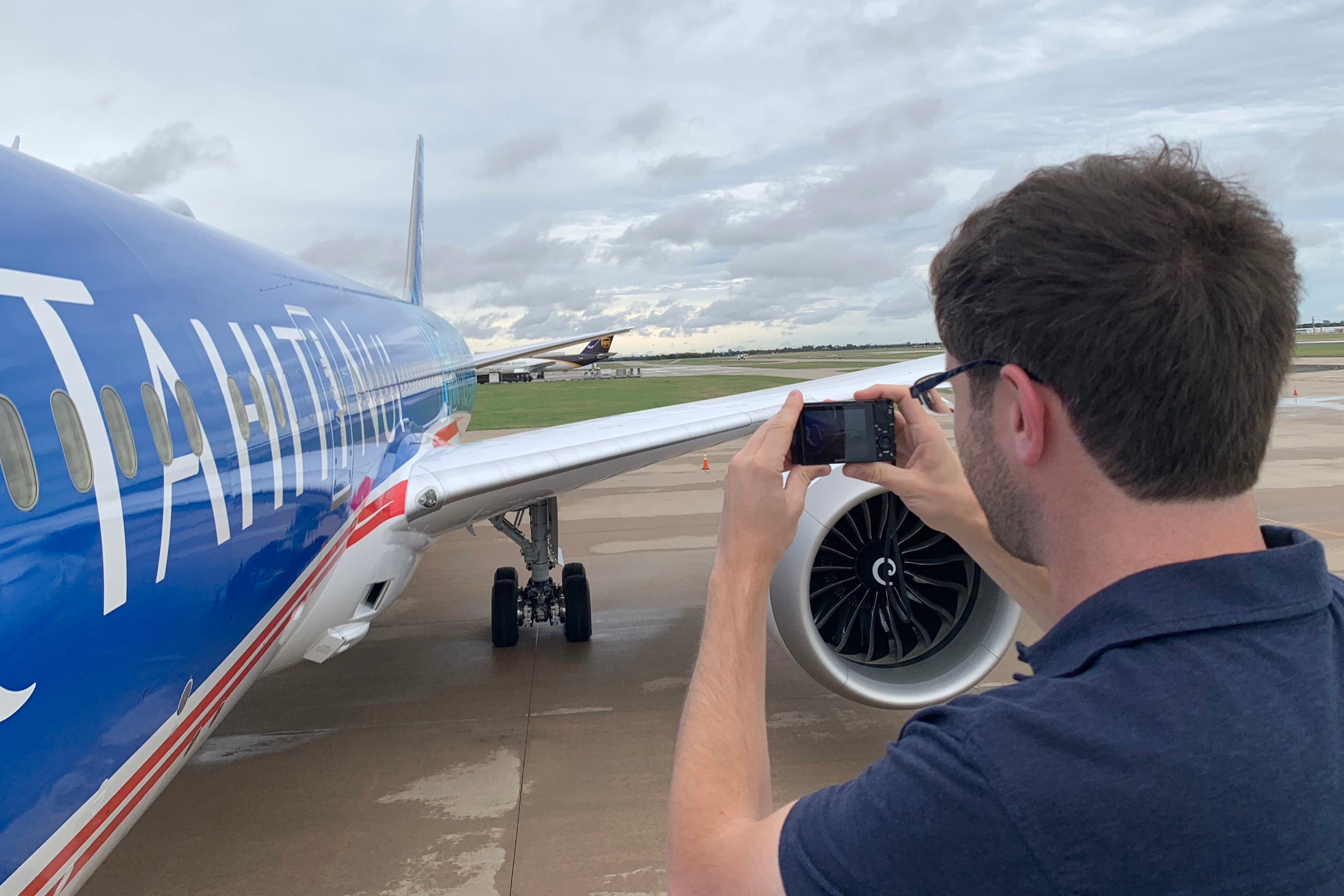 Why Air Tahiti Nui's Brand-New Dreamliner Made a Pit Stop in Oklahoma City
This post contains references to products from one or more of our advertisers. We may receive compensation when you click on links to those products. Terms apply to the offers listed on this page. For an explanation of our Advertising Policy, visit this page.

Up until this week, Oklahoma City's Will Rogers Airport had never seen a Boeing Dreamliner. In fact, widebody passenger aircraft are an especially unusual sight here — OKC is a much more common destination for regional jets than large international planes.

Air Tahiti Nui decided to shake things up on Tuesday, though, making the Sooner State its very first 787-9 stop. I happened to be on board the airline's delivery flight, and like Boeing's Dreamliner, I also made my Oklahoma City debut.

Since a 787 pit stop is uncommon on such a short delivery flight — the plane's 8,785-mile range can easily handle the 2,200-mile hop from Charleston, South Carolina (CHS) to Los Angeles (LAX) — I turned to Twitter and Instagram to see if TPG readers could solve the mystery of our aircraft's peculiar detour.

Most were stumped. Was the plane dropping off (or picking up) parts? No. Did we divert due to weather? Nope, but a good guess, had there been some in the area. Taking advantage of cheap fuel prices at OKC? It'd have to be super duper cheap to make landing worthwhile, and I'm guessing Boeing doesn't gouge its customers taking delivery of a nearly $300-million machine.

Turns out the explanation is entirely straightforward, but those of us on board didn't even get the full scoop until we were ready to take off for LAX. The stop was coordinated roughly six months in advance — this was far from a diversion, or a last-minute decision to take advantage of cheap fuel.

So what's the deal? While Air Tahiti Nui's pilots have spent plenty of time in a Dreamliner simulator, this was their first time flying the carrier's actual 787-9. The French airline is governed by the European Aviation Safety Agency, and the agency requires that the pilots scheduled to fly the Dreamliner across the Pacific to Tahiti in a few days have experience both flying the -9 as pilot in command, and serving as co-pilot.

Oklahoma City is roughly halfway between CHS and LAX, giving both pilots an opportunity to fly a takeoff and landing, plus about two hours en-route.

The stop also gave ground staff an opportunity to get up close and personal with their first Dreamliner — several walked around the aircraft, taking pictures and posing by the engines. There wasn't an opportunity to come on board, but the OKC team snapped plenty of exterior photos, some of which made their way to Twitter.

Just a few minutes after landing, we were on our way back to the runway, and on to Los Angeles. And no, we didn't take on any cheap OKC fuel.

Featured image by Getting some fresh air on a chilly pit stop at OKC. Photo by Ben Mutzabaugh/USA Today.