Don't Ever Go Barefoot on Planes, According to These Reddit FAs

Articles
Katherine Fan is a former senior travel features reporter at The Points Guy who covered everything from personal finance to travel and aviation.
Oct. 02, 2018
•
6 min read 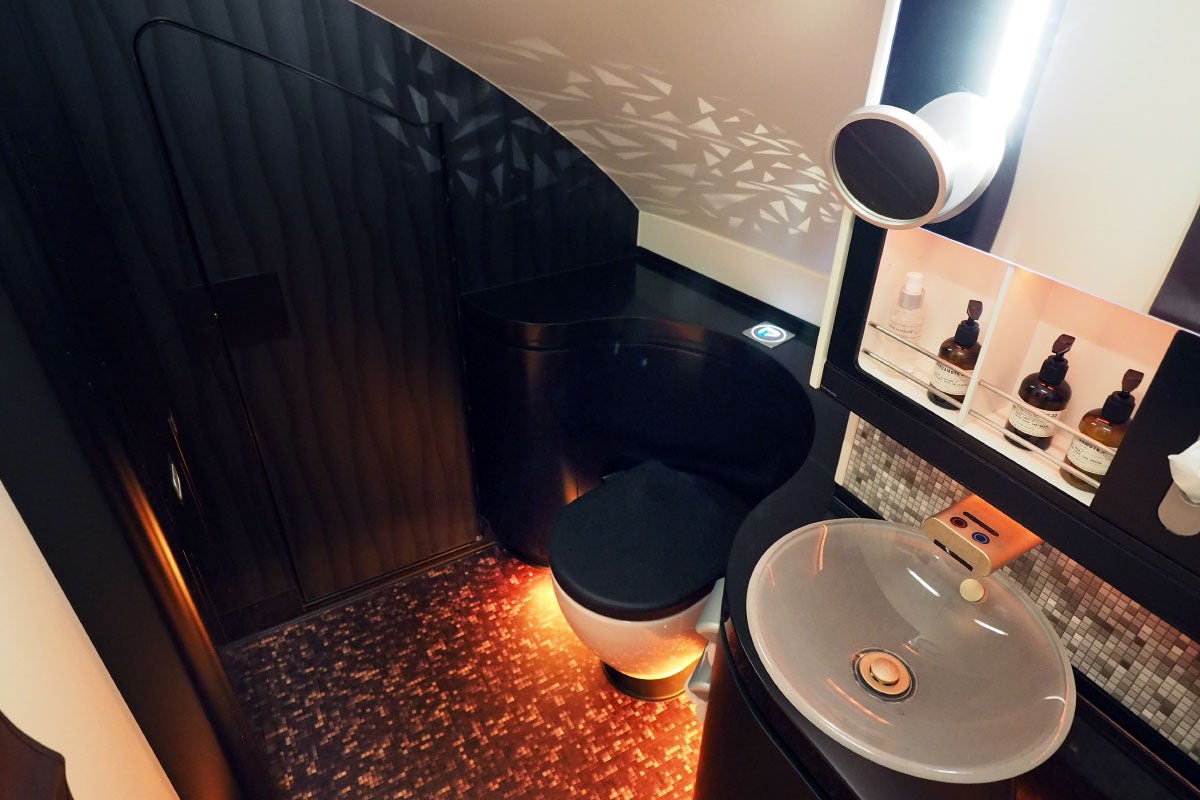 Don't Ever Go Barefoot on Planes, According to These Reddit FAs
This post contains references to products from one or more of our advertisers. We may receive compensation when you click on links to those products. Terms apply to the offers listed on this page. For an explanation of our Advertising Policy, visit this page.

What are some of the grossest things that can happen on planes? Do you go barefoot on planes? Would you walk barefoot through the locker room of your gym? How about on a New York City sidewalk?

In case you're still not convinced that it's a bad idea to not at least keep your socks on when flying, consider that planes are just glorified metal tubes hurtling through space with up to hundreds of humans in a hermetically sealed environment. Science states that what goes in to the human body – whether it's the first-class delicacies or the disgusting mush and cardboard some airlines pass off as meals – must come out. And unfortunately, what comes out doesn't always end up where it ought.

Perhaps you know all of the statistics, but still can't quite visualize the horror. Let these flight attendants of Reddit disabuse you of that innocence.

"Please do not ever walk into a toilet with bare feet. I promise you, 9 times out of 10, that is not water on the floor. Also please don't try and have sex in them, you are so obvious and it is filthy. The toilets are often absolutely disgusting and get deep cleaned only at the end of a route... For us this could be from one side of the world to the other... imagine how lovely they are at the end of a 12 hour flight with 200 people using them."– HausofDarling

"Had a 21-year-old male come to the back galley, puked all over it twice, then proceeded to projectile vomit on the aircraft door before heading into the lavatory and then puking again. There were 2 of us in onboard "hazmat" suits cleaning it up, while a lady is demanding for a cup of water. [Another time,] a man had explosive diarrhea which flooded the lavatory and soaked into the carpet down the aisle. Had to divert because of the stench." – PeanutSlinger

"It's not actually illegal to join the mile high club. It's just super rude. Don't try it on a plane with only two lavs on your way to Vegas at 10:00 in the morning. If you really want to, take an international redeye. The plane will be bigger, the lights will be off, and there's curtains around the eight lavs. Have a party. In that gross, gross, lavatory. They're grosser than the tray tables." – Writingd3sk

"I'm an ex-flight attendant! I flew for a middle eastern airline from 2013-2016. It is not water on the lavatory floors. It is pee. Wear your shoes. People are generally disgusting on planes. I once found human feces under a seat. Planes are cleaned between sectors (at least at my airline they were, not sure about US flights where they do multiple sectors a day), but still, consider that before you put your stuff everywhere." – boopboopster

"So many incidents occur on the plane that every day passengers don't see or consider. My last flight an elderly man accidentally shit on the floor, stepped in it, and walked on like it was nothing. DO NOT WALK AROUND BAREFOOT. Pee and poop happens, all over. I feel like I witness an "accident" regularly; in their seat or in the lav. People get nose bleeds, or their wounds open. Obviously when we land, it is thoroughly cleaned. But inflight our resources are limited." – seeyou_never

"I once had a guy with horrible food poisoning puke all over the lavatory. It was in the sink, all over the walls, all over the floor.. He came out to apologize and then went back in... I had to teach him how to unlock the lavatory from the outside so he wouldn't destroy the other two on the plane. Once we landed, we had to have people from biohazard prevention (Cuba) come, and they grounded the plane and quarantined the pax and crew for 12 hours." – fauxfurisforpeasants

Anywhere else to avoid on planes?

It turns out that tray tables and seat-back pockets are some of the worst germ-breeding offenders.

"DON'T CHANGE YOUR BABY'S DIAPER ON THE TRAY TABLE. This also happens all the time. It's unsanitary and people use the tray table to eat, put their personal things on, etc." – seeyou_never

"People frequently do disgusting things on their tray tables (I've seen people change diapers, clip toenails and wipe boogers to name a few), and they are not always properly sanitized between flights. Wipe them down yourself before eating off of them." – boopboopster

"Do not eat food dropped on a tray table – they are never cleaned, and the number of people who change nappies on them is crazy!" – huse789

"Yup. The tray tables are gross. Can't even remember how many times I've seen babies changed on them, people puke on them, people bleed on them . . . They're supposed to be cleaned nightly, but I wouldn't put food directly on them. Nope nope nope!" – Writingd3sk

"I ALWAYS recommend you never, ever, ever, EVER use or put anything in the seat pocket. They are cleared of rubbish but are never 'cleaned'. I have pulled out and seen all sorts been pulled out from there. Dirty tissues, sick bags, knickers, socks, people's feet (people seem to curl up into a fetal position by putting their feet in the seat pocket), finger and toe nail [clippings], gum, half-sucked sweets, apple cores... and then next flight you go and put your phone/laptop/iPad in there." – HausofDarling

"We almost never clean the pockets in the seat backings. Reach in there at your own risk..." – duke_nukem_king

"Not on my flight, but a man took a sh*t in the middle of the aisle and wiped his ass with the curtain that separates the business cabin from the rest of the cattle." – PeanutSlinger

"Don't sit on pillows. Been trying to think of the best way to say it... People who don't want to leave a spot on the seat often sit on them. (Think an overfull adult diaper or the like.)" – tv_junkie_75

Related stories
What are points and miles worth? TPG’s December 2022 monthly valuations
Capital One Venture X to lose Priority Pass restaurants and spa services as of Jan. 1, 2023
December 2022
Current Hyatt promotions: Bonus points on stays and dining plus double stay credits
Featured image by The main first-class lavatory occupies the same space as The Residence bedroom on the other side of the plane.