A Passenger Vomited on Me, but It's AA's Response That Made Me Sick 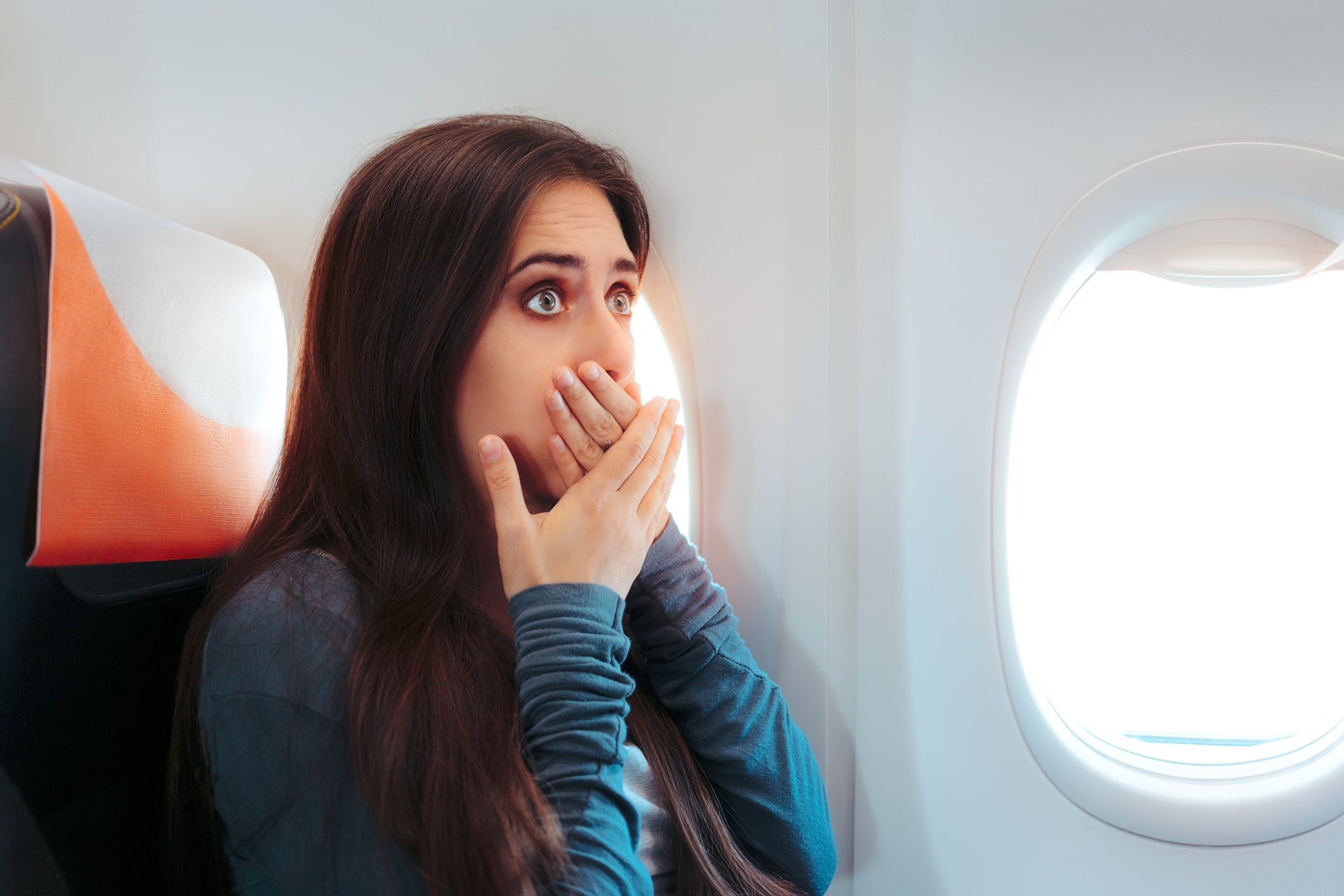 A Passenger Vomited on Me, but It's AA's Response That Made Me Sick
This post contains references to products from one or more of our advertisers. We may receive compensation when you click on links to those products. Terms apply to the offers listed on this page. For an explanation of our Advertising Policy, visit this page.

I have logged more than 684,000 miles in my travels — with many more miles prior to 2006 that aren't logged — but had an in-flight experience yesterday that I've never had before: I was vomited on.

First off, I feel bad for the sick passenger, who seemingly couldn't handle the turbulence and banking on approach to Honolulu (HNL). Surely she didn't want to be sick, and she seemed somewhat sincere when she apologized as we finally disembarked about 30 minutes after the accident. However, it's been American Airlines' response that's making me sick.

At first, it sounded like a sneeze ... but immediately I realized there was much more fluid than just a sneeze. The spray of half-digested sea bass carried over the seatback and into my hair, on my neck and down my shirt, splattering against the seat in front of me, my phone and exposed boarding pass.

We were on final approach into HNL — under 3,000 feet — so I figured there would be a security situation if I scrambled to the bathroom to clean myself off. I frantically mashed the cabin crew call button to get help, but the crew wouldn't respond. Desperate not to let the smell of vomit cause a chain reaction, I buried my face to avoid the stench. We landed, taxied off the runway ... and stopped. Because, of course American Airlines didn't have the gate ready for our flight.

Side note: How is this still a thing? They have trackers in aircraft. How in the world are American Airlines ground crews so consistently unprepared for a plane to arrive?

While we sat waiting for a gate, I recorded ringing the call button nine times within 3:38 minutes. The crew didn't respond. Finally, a fellow passenger got the attention of a flight attendant. The flight attendant stepped in to help ... but only the sick passenger; she ignored my calls for help the first visit to the scene. I repeatedly yelled "ma'am" as the attendant walked away after a second visit, and an audio recording that I took shows it took calling out seven times with increasing volume to finally get her attention. On the way back to the sick passenger, the attendant tossed paper towels my way.

Once at the gate, we parked and I hopped up, stripped off my shirt and wore my sweatshirt to the bathroom to cleanup. Again, no assistance was offered from the flight attendants. As we sat for more than 15 minutes waiting for the jetbridge to be connected, I had to proactively ask for a trash bag for my shirt, request any available cleaning products to clean myself off (no gloves were offered, and I was told to just use the bathroom soap and towels) and lotion to mask the smell so I would stop gagging.

Cleaned up as best I could on the plane, we sat there still waiting for the jetbridge to connect. So, I asked the flight attendants if American Airlines' new in-flight compensation tool iSolve has a category for this situation. After all, "dry cleaning" is one of the categories, and I was curious if this would qualify. The flight attendants took this prompt to open up about how they'd first learned about iSolve through the news instead of from AA and how they haven't been trained on the new app— a conversation which spiraled downward to their general complaining about American Airlines.

After repeatedly redirecting the conversation back to the topic of my situation and iSolve, it was determined no flight attendants on-board had installed the new in-flight compensation software that was supposed to go live by the end of January.

The lack of caring from the flight attendants on-board really irked me. I didn't expect them to bathe me or anything, but some compassion would have gone a long way. Having been through on-board situations in the past, I knew that my best hope of getting something done about this was to address it immediately.

With no American Airlines agents airside, I began by calling the American Airlines Executive Platinum desk and asked for a customer relations manager. Instead of transferring me to another department, the original agent asked if he could help me out first. After listening to the experience and putting me on a 15-minute hold — while I cleaned up in the airport bathroom and walked to baggage claim — his solution was: contact customer relations by web form.

I found the first airport AAgent at the American Airlines check-in desk. I asked for a manager and got a "Customer Service Coordinator." He merely directed me downstairs to the baggage service center — where we needed to go anyway to retrieve our bags, which had missed our first flight and were rerouted — to fill out a property damage form.

At the baggage service center was the first time I actually felt like an American Airlines representative cared that I'd been vomited on. The agents were shocked to hear what happened and apologized for the lack of help from AA. But, alas, all they would do was provide a form with a link online to file property damage for the expenses of cleaning my shirt.

On the Uber from the airport to our hotel — where I still reeked of vomit and was carrying a trash bag containing my shirt — the usually-prompt American Airlines social team finally responded to my ongoing live-tweeting of the situation with a question: "Was a report filed with the crew about this?"

Honestly, I was baffled by the idea. The cabin crew was certainly aware of the situation but didn't seem interested in helping me at all. How was I supposed to get them to file a report? The social team promised to share my comments "with our leadership team for internal review."

Once at the hotel — after a very long and thorough shower — I filed a customer relations report about the situation. I haven't heard back. See below for the airline's response provided after publishing.

A passenger vomited on me. That's not American Airlines' fault. But, it's how they reacted and responded to that situation that shows an utter lack of care for a customer — even a top-tier elite flying in first class. The lack of caring from the cabin crew and the pass-the-buck attitude from each of the customer service representatives that I spoke with is extremely disappointing.

American Airlines has formally responded to my Customer Relations report. In a personalized and empathetic response, the Customer Relations AAgent noted my experience "would be [her] worst nightmare." She went on to apologize "that our flight attendants did not help you with this situation." That's a bit of stretch; the flight attendants did help me, but not without me asking (for towels, for a trash bag, for anything to mask the smell).

For "all your troubles" — which include an incident at the gate before this flight (more about that soon) — American Airlines is offering a $350 AA voucher and will reimburse any "dry cleaning expenses." The response concludes "We appreciate you very much!"

People can — and surely will — argue about whether or not $350 is a justifiable amount. I imagine that this was on the high end of what the AAgent was authorized to provide. Between the empathetic response and compensation amount, I rate this particular agent's response as an A+.