Articles
Emily McNutt is The Points Guy's Global News Editor and is based in London.
Follow
June 07, 2018
•
3 min read 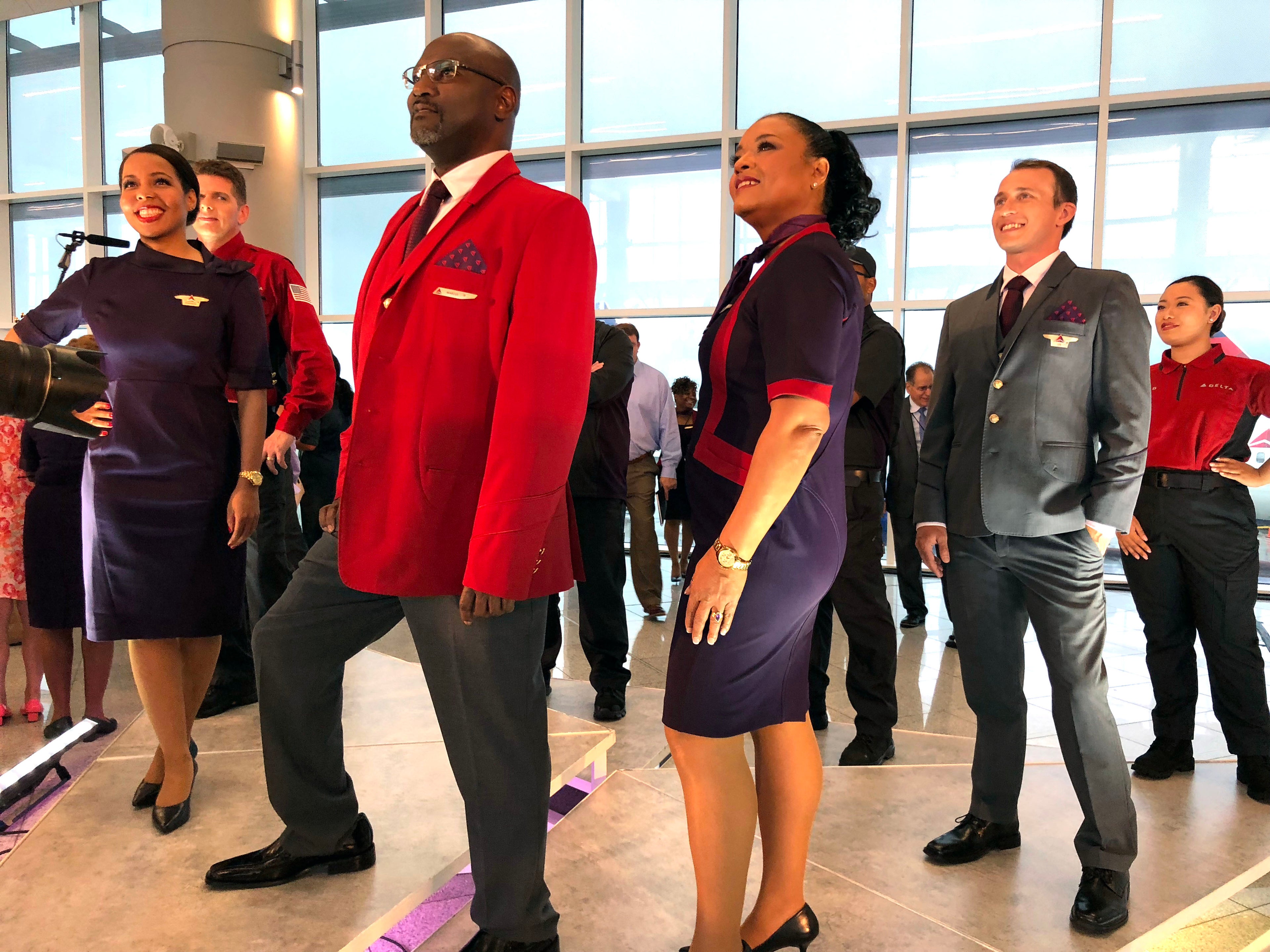 Delta's New Designer Uniforms Are Causing Chafing
This post contains references to products from one or more of our advertisers. We may receive compensation when you click on links to those products. Terms apply to the offers listed on this page. For an explanation of our Advertising Policy, visit this page.

Last week, Delta unveiled new uniforms for more than 64,000 of its employees around the world. Less than one week after their rollout, the company is already hearing about issues from its employees.

According to some reports, several Delta employees are reporting issues with their new uniforms — from rashes to buttons falling off after mild use.

A Delta spokesperson told TPG that the largest issue that's been reported has to do with flight attendants' aprons. The aprons, which are an optional piece of the uniform, are causing chafing on some flight attendants' necks. The other big issue: buttons. Some Delta employees are reporting that the buttons are coming loose after little use.

Because the apron is an optional part of the uniform, Delta's telling flight attendants to not wear it if it's irritating their neck. As for the buttons, Delta's giving affected employees two options: either ship the old one to Lands' End for an expedited replacement or pick up a replacement from one of the airline's 13 flight attendant bases around the US.

When Delta and designer Zac Posen were working to develop the new uniform collection, more than 1,000 Delta employees tested prototype uniforms for three months, making for more than 170 adjustments for the final product. Delta told TPG that during that process, there were some reported issues with the apron strap but alternatives, such as a criss-crossed strap were too complicated. Instead, the carrier decided to keep the single strap in place despite the negative feedback. Now, Delta said that it's working on a fix to make the strap softer on the neck.

While the apron and buttons are the two most widely reported issues, Delta confirmed that 25 of its employees have reported other issues with the uniforms. A Delta spokesperson told TPG that in several cases, the employees received the wrong size, resulting in chafing discomfort. In other cases, employees experienced reactions to the material the uniforms were made with. In an effort to curb those negative reactions, Delta's offering those employees both a non-wool or 100% cotton alternative.

"When we began working with employees to design new uniforms, we wanted to improve design, fit and function, while ensuring the health and safety of all Delta people," Delta said in a statement. "That’s why we took three years to collect feedback and listen, including three months of testing live in the operation on 1,000 randomly selected employees. Since launch, we continue to actively source feedback and have already initiated conversations with any employee reporting an issue."

If this situation sounds vaguely familiar, you're not imagining it. In September 2016, American Airlines launched new uniforms. Almost immediately after launch, as many as 1,600 flight attendants immediately reported health problems. The issue only grew larger for AA and its then-manufacturer Twin Hill, as flight attendants soon sued the carrier. In January, American Airlines announced that it had selected Lands’ End — the same manufacturer behind Delta’s Posen collection — to make replacement uniforms for its crew.