Articles
Darren Murph holds a Guinness World Record as the planet's most prolific professional blogger. He's an explorer at heart, having traversed nearly 50 countries and all 50 US states. He's flown over one million miles on Delta alone, and serves as a senior writer at TPG.
Follow
Jan. 22, 2019
•
4 min read 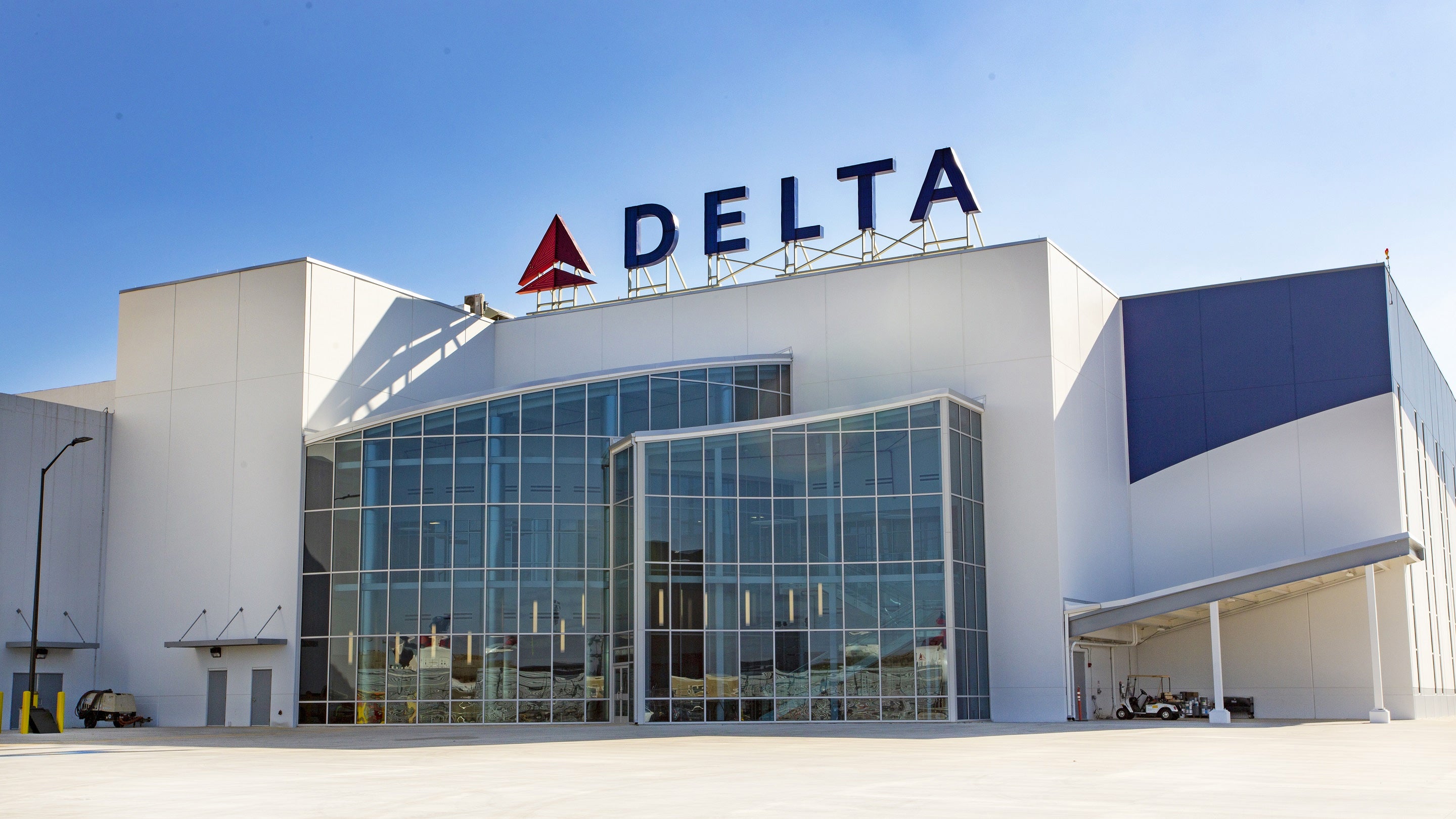 Delta Just Built a Giant Concrete Bunker for Testing Next-Gen Jet Engines
This post contains references to products from one or more of our advertisers. We may receive compensation when you click on links to those products. Terms apply to the offers listed on this page. For an explanation of our Advertising Policy, visit this page.

Delta isn't exactly in the movie set making business, but it might want to consider renting its newest facility out to science fiction filmmakers whenever a massive jet engine isn't being tested within. The carrier just wrapped construction on "the world's largest jet engine test cell" in its hometown of Atlanta, Georgia — the first cell built by a US airline in more than 20 years.

We toured this monstrous site during construction last autumn as part of a larger behind-the-scenes look at Delta's TechOps division. The final facility stands 48 feet tall, with inlet and exhaust sections measuring 66 feet and 78 feet respectively, and is capable of "safely running a mounted, stationary engine at full power with 150,000 pounds of thrust." For perspective, the airline's current test cell has a 68,000 pound thrust capacity.

Translation? The new cell will enable Delta to test a wider array of jet engines, including the Trent 1000, 7000 and XWB and the PW1100 and PW1500 variants of the Geared Turbofan. You may recall that the Trent 1000 is (presently) best known for giving Dreamliner operators fits with reliability.

In October 2015, Delta and Rolls-Royce signed a formal agreement for Delta TechOps to become an Authorized Maintenance Center for Rolls-Royce engines.

Under the agreement, the airline will provide engine services for the latest generation Trent XWB, Trent 1000 and Trent 7000, in addition to the BR715, which had already been added to engine capabilities.

For a basic understanding of what the site is, we'll boil it down to this. It's a rigid concrete structure that's capable of housing a next-gen jet engine, cranked just like it would be if flying passengers across the globe, without sucking nearby neighborhoods into its vortex. The only way to truly test an engine for reliability is to push it as it would be pushed in the air, and it takes a beastly concrete box to contain all of that whilst on the ground.

An engine is mounted within the cell and triggered from a nearby control center, where precisely engineered inflows and outflows allow air to funnel in and out while data is collected. Those inflows and outflows look mighty eerie when viewed from within, and no living organism would survive if they were inside once the engine was activated. Like we said — all the makings of the next great dystopian thriller.