Delta Cuts Seat Recline on Its Entire A320 Fleet

Articles
Scott Mayerowitz is the executive editor of TPG and oversees all of TPG's editorial coverage. He previously was a reporter, then editor, at The Associated Press and reported for ABC News.
Follow
April 12, 2019
•
4 min read 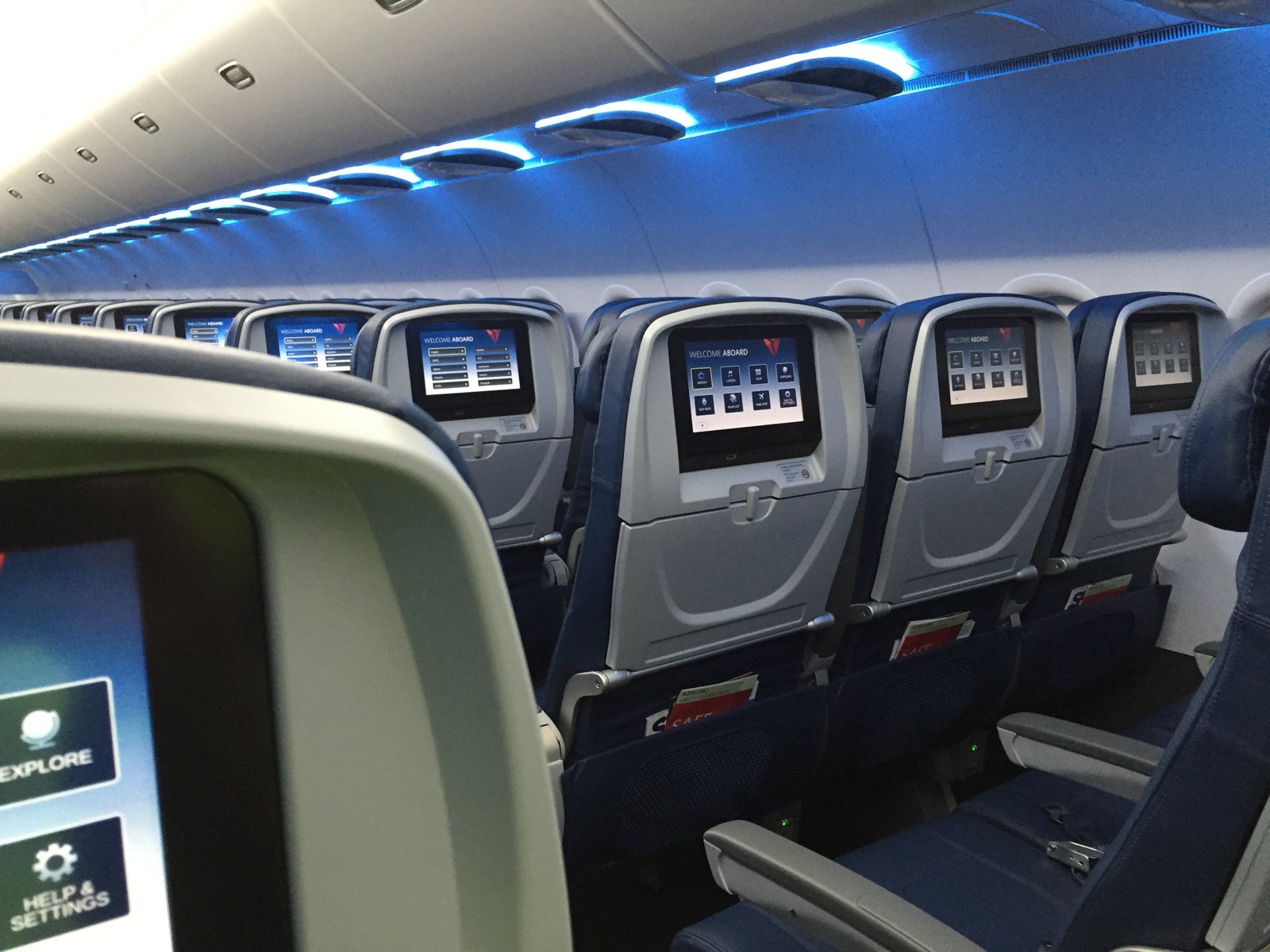 Delta Cuts Seat Recline on Its Entire A320 Fleet
This post contains references to products from one or more of our advertisers. We may receive compensation when you click on links to those products. Terms apply to the offers listed on this page. For an explanation of our Advertising Policy, visit this page.

Sit back, relax and enjoy the flight. Just don’t expect to recline very much.

Delta Air Lines is limiting how far passengers can lean back on some domestic flights, part of what the company says is a test of how to best preserve passengers’ personal space. Starting Saturday, the airline will retrofit its fleet of Airbus A320 jets to reduce the coach seat recline from 4 inches at the top of the seat to 2 inches. First-class seat recline will drop 2 inches, from 5.5 inches to 3.5 inches. It should take two months to alter all 62 of Delta’s A320s.

The airline is selling the move as a way to make passengers’ lives more comfortable. Really.

Delta is promising, at least for now, that it won't reduce legroom or squeeze in additional seats along with the recline change.

“We’re not adding a single seat into the aircraft,” Ekrem Dimbiloglu, Delta’s director of onboard product and customer experience, told TPG in a phone interview.

Dimbiloglu said the change in seat recline is all about preventing passengers from abruptly disturbing those behind them. The thinking is that, since A320s fly mostly one-to-two-hour routes in North America, the majority of passengers are busy working on their laptops or watching their seatback screens. A 2-inch recline, Delta argues, is less likely to snag the laptop screen of the passenger behind you, and will make it easier for that passenger to watch inflight entertainment at a reasonable angle. (Delta does have tilting screens in first class on most of its domestic jets.)

It's worth noting that Delta has more seatback screens in its fleet than any of the other "big four" US airlines — on more than 75 percent of its 885 mainline jets. (Smaller JetBlue has also committed to seatback TVs.) United Airlines isn’t adding any screens to its new domestic jets. American Airlines and Alaska Airlines have gone one step further, ripping screens out of some planes.

“It’s really not at all a gateway to reducing your legroom. That is not the intent here,” Dimbiloglu said. “If we were adding seats, or something else, the cynics would be correct. But this is really about more personal space.”

Airline industry consultant Robert Mann was upbeat about the change, saying it would be a win for business travelers and lead to less incidents of flyers inconveniencing each other.

“I’m sure it will reduce some friction between passengers,” Mann told TPG Friday morning. “Every one of those incidents creates at least one irate customer and one who wonders what all the fuss is about.”

He added that it would make it easier for passengers in the window and middle seats to get up and use the bathroom and could possibly reduce Delta's maintenance costs.

Some airlines do operate with a much higher seat count. For example, low-cost carrier Spirit Airlines has “pre-reclined” its seats and is able to cram in 25 more passengers than Delta does on the same jet. (Delta offers 3 to 4 more inches of legroom than Spirit in its tightest seat.) Delta has traditionally been less inclined to go to the same extremes as other airlines in cramping its cabins. For example, Delta is the only domestic carrier to still configure its international Boeing 777s with nine seats per row instead of the 10 favored by American and United.

The Atlanta-based airline is calling this change to A320 coach seats merely a test. It says passenger feedback will determine whether it will expand the change to the rest of the domestic fleet or revert back to the original 4 inches of coach recline.

There are no plans to change the 4-to-5-inch coach recline on international flights, Dimbiloglu said.

This story has been updated to reflect that there are titling TVs screens in first class on most of Delta's mainline jets.