Articles
Ted Reed has covered airlines since 1989. He was a reporter for six newspapers including The Miami Herald and The Fresno Bee, and he was a staff writer for pre-merger US Airways. He is co-author of the book "American Airlines, US Airways and the Creation of the World's Largest Airline."
March 13, 2021
•
6 min read 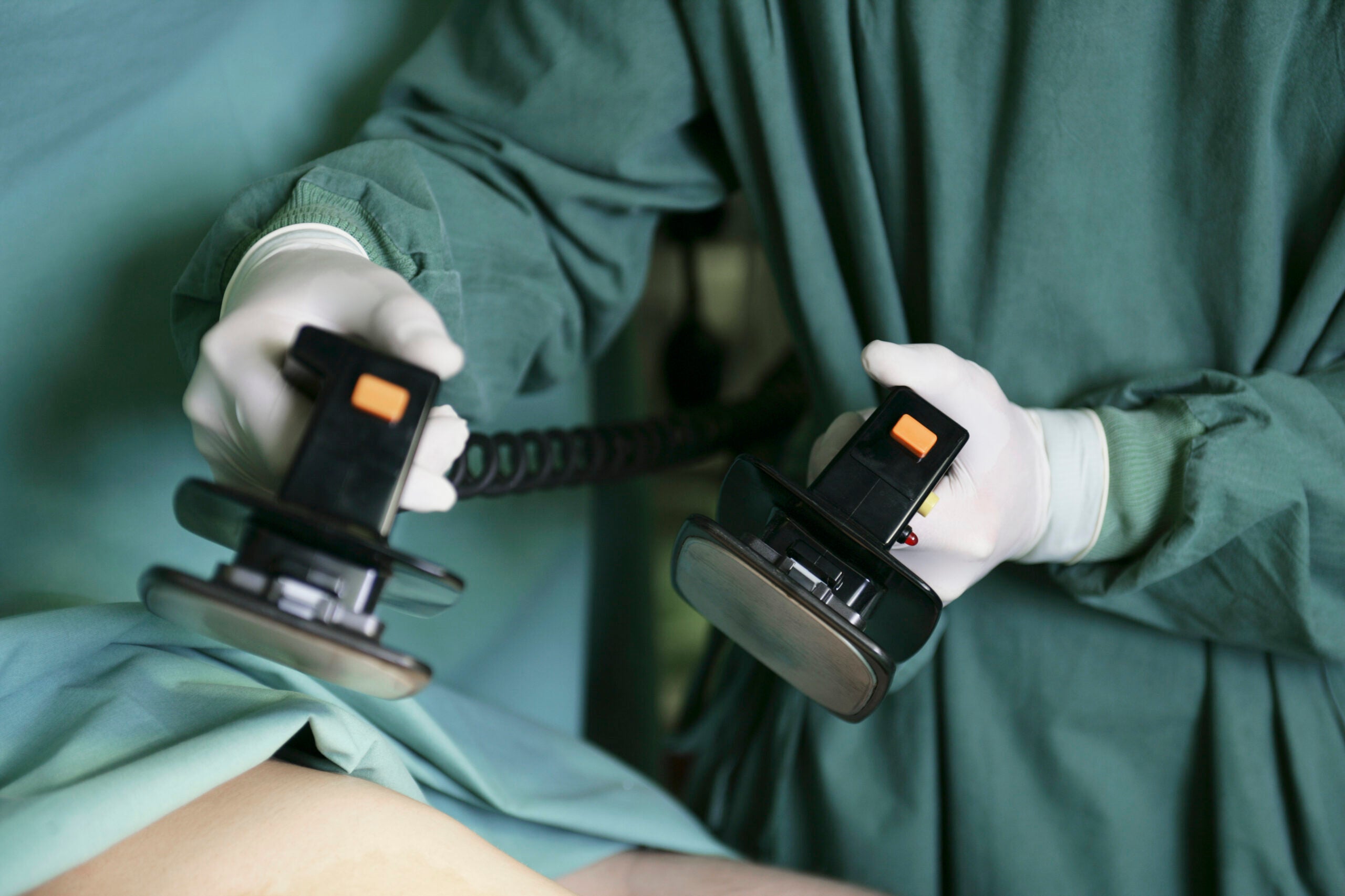 How an American Airlines doctor battled to put defibrillators on board every major airline flight
This post contains references to products from one or more of our advertisers. We may receive compensation when you click on links to those products. Terms apply to the offers listed on this page. For an explanation of our Advertising Policy, visit this page.

Today every major commercial flight in the U.S. carries an automated external defibrillator, a device that can restore a normal heartbeat by sending an electric shock to the heart. Its presence on those flights, credited with saving hundreds of lives in the past two decades, is largely the work of one man.

A new book, "Shocked: Life and Death at 35,000 Feet," recounts how David McKenas, corporate medical director for American Airlines from 1994 to 2002, convinced the airline to put defibrillators on board. In those days, convincing the airline was in fact a matter of convincing one man, CEO Bob Crandall.

Crandall said yes. In 1997 American became the first U.S. airline to put defibrillators on board, a societal change that has been little recalled before this book.

Jointly written by McKenas and Dan Reed, the book will be published in June by Canoe Tree Press. It is Reed’s third book about American, which he has covered since 1982 for two newspapers and Forbes. (We are not related, but we did co-write the second book.)

Feb. 18, 1998, was the first time a life was saved by a defibrillator on an American flight. Since then, all U.S. airlines and many other entities have followed American in providing the devices, widely known as AEDs. They cost a few thousand dollars each.

“We estimate that about 1,700 lives are saved in the United States per year by bystanders using an AED,” an American Heart Association spokesperson told me. If a cardiac arrest victim receives a shock from an AED in the first minute, the chance of survival is nine out of 10, she said. (After eight minutes, it’s probably too late for an AED to help, the book says.)

Since 2018, American has counted 57 incidents where onboard AED use has enabled a passenger to regain a pulse after being unresponsive, said spokesman Andrew Trull. Earlier, in a 2007 press release, the airline commemorated the 10th anniversary of its first AED placement, saying “American proudly celebrates the 76 lives it has saved in those ten years.” And that’s just one airline.

What is a defibrillator? It works in the way that “the battery from one car can be used to jump start the engine of a second car via a set of jumper cables,” the authors say. “Only when you are dealing with the human heart, the battery and jumper cables are a lot more sophisticated, and the ‘jump’ or shock to the still heart must be given within a matter of minutes.”

McKenas not only convinced Crandall, in a strategic process that is at the heart of the book, but also convinced Congress that it should require defibrillators on every aircraft. In 2001, the Federal Aviation Administration put that policy in place, effective in 2004.

For American, enabling defibrillator usage on aircraft involved training 25,000 flight attendants to use the device.

One highlight of the book is the forward by Crandall, one of most influential airline U.S. executives of all time. Both his immodesty and his exactness are evident.

Crandall writes that he does not take credit for putting defibrillators on aircraft. He notes, however, that executives often get disproportionate credit for organizations’ successes. In his case, he says, “The credit was certainly welcome and to some extent, deserved.”

More: Learn how to save a life at the airport

The book begins with a suspenseful story about that first saved life on Flight 2017 from Dallas to Mexico City in February 1998. A male passenger, traveling with his wife, suffered a sudden cardiac arrest. “It was then and there that a historic change in air travel — and really in modern life on this planet — began unfolding,” the authors write.

The narrative flashes back to McKenas’ life story, which includes being a doctor for the Air Force and NASA, his move to American and his battle for defibrillators. While McKenas deserves immense credit, it is possible to conclude that the telling of his life story could be shorter.

McKenas also provides an intriguing and somewhat troubling refresher course on the health hazards of flying. First regarding cabin pressure, which is normally equivalent to an altitude between 5,000 and 8,000 feet. For comparison, he notes that Mount Mitchell, the tallest mountain in the eastern United States, is 6,684 feet tall.

At that altitude, air pressure declines and “each cubic meter of air weighs progressively less against your body.” This creates an imbalance between the air inside your head and the air outside. As a result, air presses against your eardrum.

Worse than that, the concentration of gasses in the atmosphere, including oxygen, diminishes along with pressure. During the pandemic, it has become common knowledge that the blood oxygen level is normally about 90%. As aircraft cabin pressure diminishes, blood oxygen can routinely drop to 60% or 70%. For people with congestive heart failure, anemia or chronic obstructive airway diseases, that is a problem.

More: How aircraft are designed to keep you comfortable at 37,000 feet

So each passenger potentially represents a health hazard, not only to you — if they have a contagious disease — but to themselves if they have a heart condition.

Another hazard: About 85% of commercial flights have doctors on board, which can be helpful in a health crisis. An unfortunate corollary is that 15% of flights do not have a doctor on board, according to the book.

At its conclusion, the book returns to Flight 2017. The passenger who suffered cardiac arrest and his wife “were deeply Christian people, who trusted God for everything in their lives” and his wife prayed fervently that he would live. The defibrillator had been placed on the aircraft just two days earlier, and history was made.

Featured image by Getty Images/fStop
Editorial disclaimer: Opinions expressed here are the author’s alone, not those of any bank, credit card issuer, airline or hotel chain, and have not been reviewed, approved or otherwise endorsed by any of these entities.