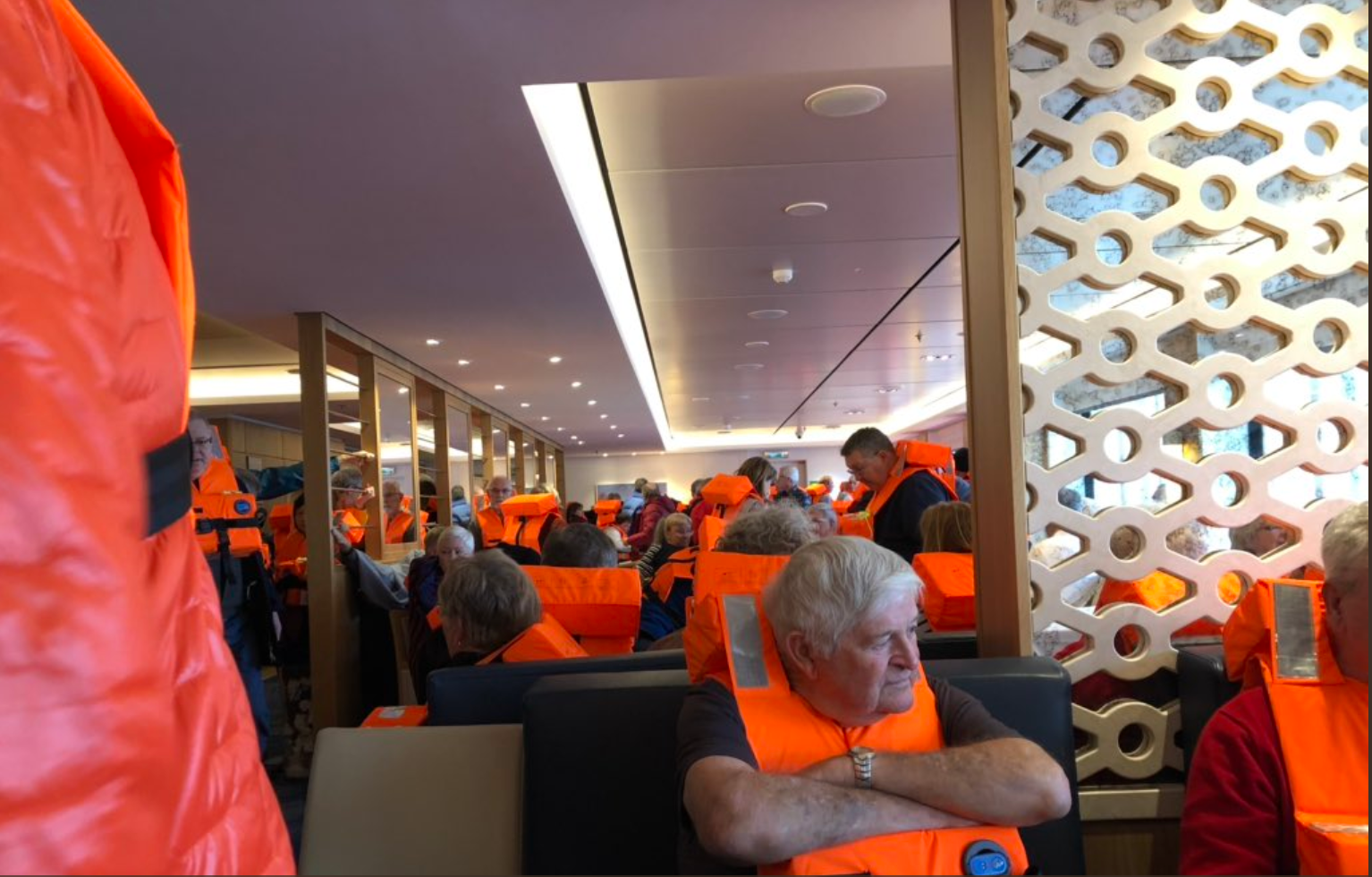 Passengers Airlifted Off Stranded Cruise Ship in Norway (Update)
This post contains references to products from one or more of our advertisers. We may receive compensation when you click on links to those products. Terms apply to the offers listed on this page. For an explanation of our Advertising Policy, visit this page.

The evacuation of the Viking Sky cruise ship has been suspended. According to CNN, 479 passengers were airlifted off the vessel with 436 passengers and 458 crew members remaining on board. The ship's power has been restored to three of the four engines on board and the boat is making its way to Molde harbor with the assistance of a tug, accompanied by two supply vessels. Footage of the vessel's return was posted to Twitter:

Around 20 injuries have been reported and the Norwegian Red Cross is assisting in treating passengers who are reporting injuries such as cuts, bruises and broken bones.

"Throughout all of this, our first priority was for the safety and well-being of our passengers and our crew," Viking Ocean Cruises said in a statement, thanking Norwegian emergency services and local residents for their support.

The Viking Sky was set to get underway on its next trip on March 27. That sailing has been cancelled by the cruise line.

SkyNews is reporting that passengers are being airlifted from a Viking Cruises ship that suffered a full engine failure in heavy seas off the coast of Norway. The Viking Sky has more than 1,300 passengers and crew aboard. As many as eight passengers have reportedly been injured due to the rough sea conditions.

The ship issued a mayday distress call after suffering the engine failure. The boat was drifting towards land and now sits anchored about 1.5 miles from the shoreline. Current reports say that the crew has managed to restart at least one of the ship's massive engines. Passengers are being airlifted one by one via helicopter from the ship. The evacuation is going to take quite some time to complete and is expected to last through the night.

A spokesperson for Viking emailed TPG the following statement:

We can confirm that on March 23rd at 2pm (Norwegian time) the vessel Viking Sky a 47,800 tonne ship travelling from Tromsø to Stavanger, carrying 915 guests and 458 crew experienced a loss of
engine power off the coast of Norway near Molde. We are working closely with the relevant authorities and all operational procedures were followed in line with international regulations. In addition Viking has dispatched an operational task force, including the company’s owner, to Molde.

Our first priority was for the safety and wellbeing of our passengers and our crew, and in close cooperation with the Norwegian Coast Guard, the captain decided to evacuate all guests from the vessel by helicopter. The ship is proceeding on its own power and a tugboat is on site. The evacuation is proceeding with all necessary caution. A small number of non-life threatening injuries have been reported.

The Norwegian Meteorological Institute says wave heights are reaching upwards of 20-26 feet with wind speeds being clocked at as much as 54 miles per hour. A video shot from a helicopter and posted to Twitter shows just how rough the waters are, moving the ship about like a buoy:

Another video posted to Twitter from passenger Alexus Sheppard shows what's happening inside the ship. Loose furniture rapidly moves from one side of the boat to the other and panels fall from the ceiling as staff still work to comfort frightened passengers. In the second clip, the boat tilts all the way to what appears to be a 45-degree angle.

With the storm forecasted to last until around midnight local time (23:00GMT), passengers on board are in for a rough ride while they wait for evacuation. Temperatures in the area are hovering around 32 degrees Fahrenheit, and the water flooding onto the ship in the video below is likely only about 10 degrees warmer than the frigid coastal air.

According to Bloomberg, the Viking Sky "was on a 12-day trip that began March 14 in the western Norwegian city of Bergen." Evacuated passengers are "being accommodated in local hotels when they arrive back on shore, and Viking will arrange for return flights for all guests," per the Viking spokesperson.

Viking also noted that it is "in the process of updating the website with the latest information and activating special telephone numbers for passengers and their relatives." If you have friends or loved ones aboard the ship, go to https://www.vikingcruises.com/oceans/my-trip/current-sailings/index.html for more information.

Have plans to go on a cruise in the near future? Read our article on What to Do If You Find Yourself on a Wildly Tilting Cruise Ship.

Related stories
What are points and miles worth? TPG’s December 2022 monthly valuations
Capital One Venture X to lose Priority Pass restaurants and spa services as of Jan. 1, 2023
December 2022
Current Hyatt promotions: Bonus points on stays and dining plus double stay credits
Featured image by Image by via Twitter @oxman87