Is COVID threatening the future of international first class?

Articles
Ethan Steinberg has been a frequent flier for as long as he can remember. He went from studying abroad in Paris to moving to Shanghai after graduating college, where he covered all things travel in the Asia-Pacific region for TPG.
June 18 2020
•
4 min read 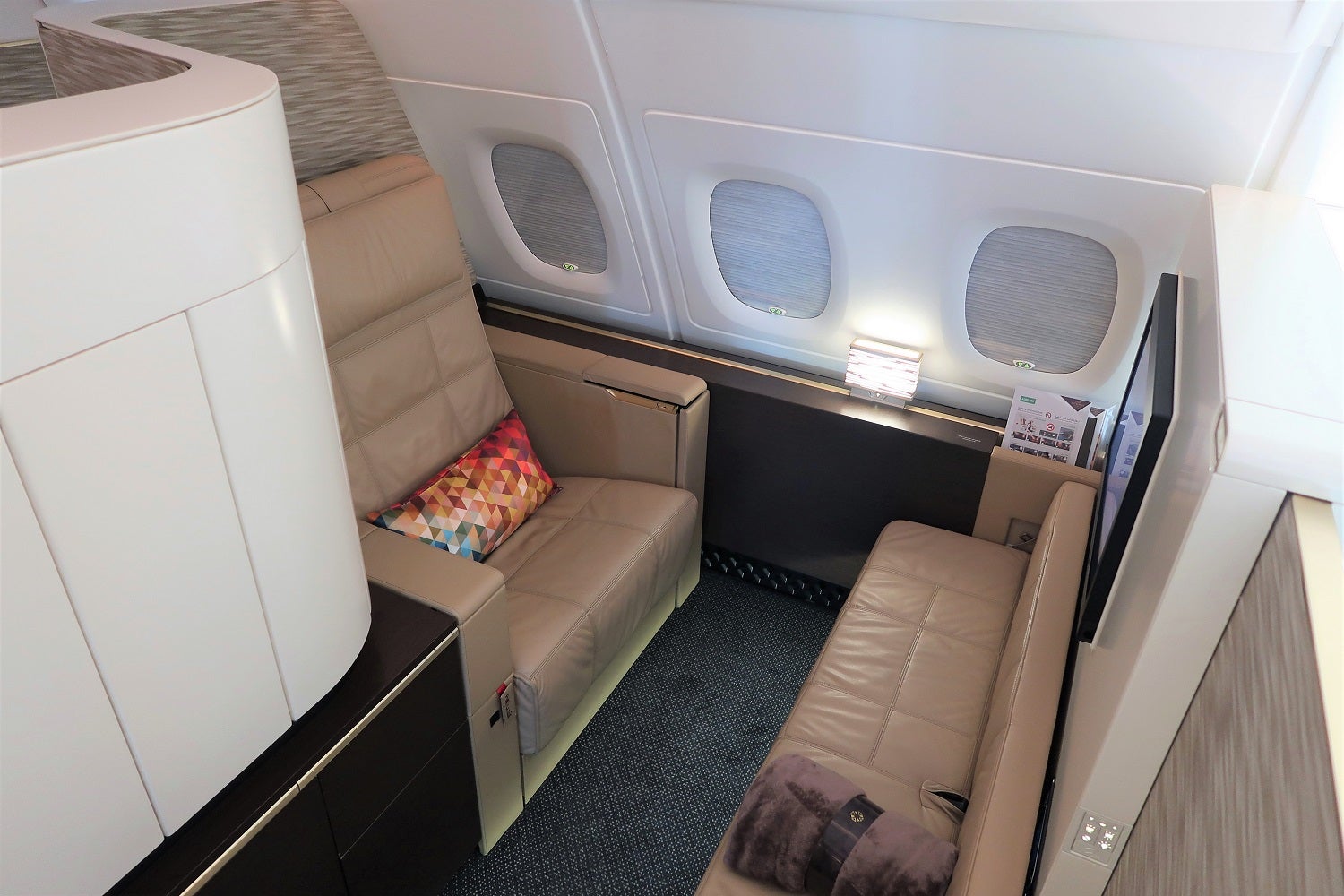 Editor's note: This post has been updated to reflect Lufthansa's announcement that its A380s will remain grounded until 2022 at the earliest.

Long-haul international first class had been falling out of favor well before the coronavirus pandemic began. Some airlines, like Asiana, discontinued first class entirely, while Korean Air significantly reduced the number of routes on which it offers first class.

A number of different factors contributed to this, including airlines opting to replace their superjumbo jets with smaller, more fuel-efficient planes like the 787 and A350, where first class takes up too much space. At the same time, airlines have improved the business class experience so much (with many now offering fully enclosed suites) that first class started to become obsolete.

Then, of course, coronavirus appeared, grinding travel to a halt worldwide. As we start to look towards the future, many airlines are essentially rebuilding their route networks from scratch. As United CEO Scott Kirby said, "everything is on the table." This includes dropping hubs, reorganizing route networks, and retiring aircraft — something nearly every major airline has started to do already.

However, in the past few days, we've seen a worrying trend emerge that suggests that first class could be disappearing – for now at least.

Over the last few days, One Mile At a Time has reported that both Etihad and Lufthansa have removed some or all of their first-class inventory. Notably, this applies to revenue tickets and not just award tickets, suggesting some big changes are coming. Etihad has pulled first-class inventory for its fleet of Airbus A380s through the end of 2020 (though it continues to sell first class on its 777s and 787s), while Lufthansa has removed all first-class inventory to the U.S. and other destinations through late October.

There are a number of possible explanations for this sudden disappearance, including a ticketing glitch or that the airlines are removing first-class cabins from their planes. A glitch is possible, though not all that likely. And I certainly don't think airlines are going to be performing expensive retrofits right now when their financial situations are so dire.

The most likely explanation has to do with managing expectations. Specifically, Etihad and Lufthansa don't want to sell premium tickets that they won't be able to deliver on. This suggests that Etihad is considering grounding its 10 A380s through the end of the year and that Lufthansa plans to operate most of its flights with smaller planes that don't feature first-class cabins (for example, downgrading routes from a 747-8 to an A330). Lufthansa recently announced that its 8 remaining A380s would remain grounded until 2022 at the earliest, and may never fly again depending on how demand recovers. This reduces the number of first-class equipped planes Lufthansa has at its disposal, especially if the German flag carrier is also struggling to fill its 747-8s.

Neither airline has made an announcement about its future plans for first class and it's possible that this is just a temporary precaution while fleet and route plans are finalized for the rest of the year. Still, all predictions point to a slow recovery, especially for long-haul international travel. It could take several years for demand to return to its 2019 highs and in the meantime, it will likely be difficult to fill an A380 or 747 enough to be profitable.

Related: Will the Airbus A380 fly again once travel resumes?

Since the pandemic started, we've seen airlines from KLM to Qantas and Air France retire some of their jumbo jets. This will help them better match demand in the coming months and years, as well as operating more fuel-efficient fleets to further reduce costs. Lufthansa and Etihad appear to be signaling that many of their first-class-equipped jumbo jets will remain grounded at least for the next few months until demand picks up, with Lufthansa going so far as to ground its 8 A380s for the next 18 months, and possibly forever.

Related stories
First, Club Suite and the rest: Flying the British Airways 777 in all 4 cabins
10 best hotels to see the northern lights
You won’t want to miss New York City’s newest immersive art space
New welcome offers: Earn up to 150,000 points on these Marriott Bonvoy credit cards
Featured photo by Etihad's apartments are worth the hassle to book. Photo by JT Genter / The Points Guy.