Articles
Carissa Rawson is a Points and Miles Reporter at TPG, helping readers get to where they need to go, faster (and cheaper). You can find her in your nearest Priority Pass lounge, sipping free coffee and obsessively researching travel.
Jan. 01, 2020
•
8 min read 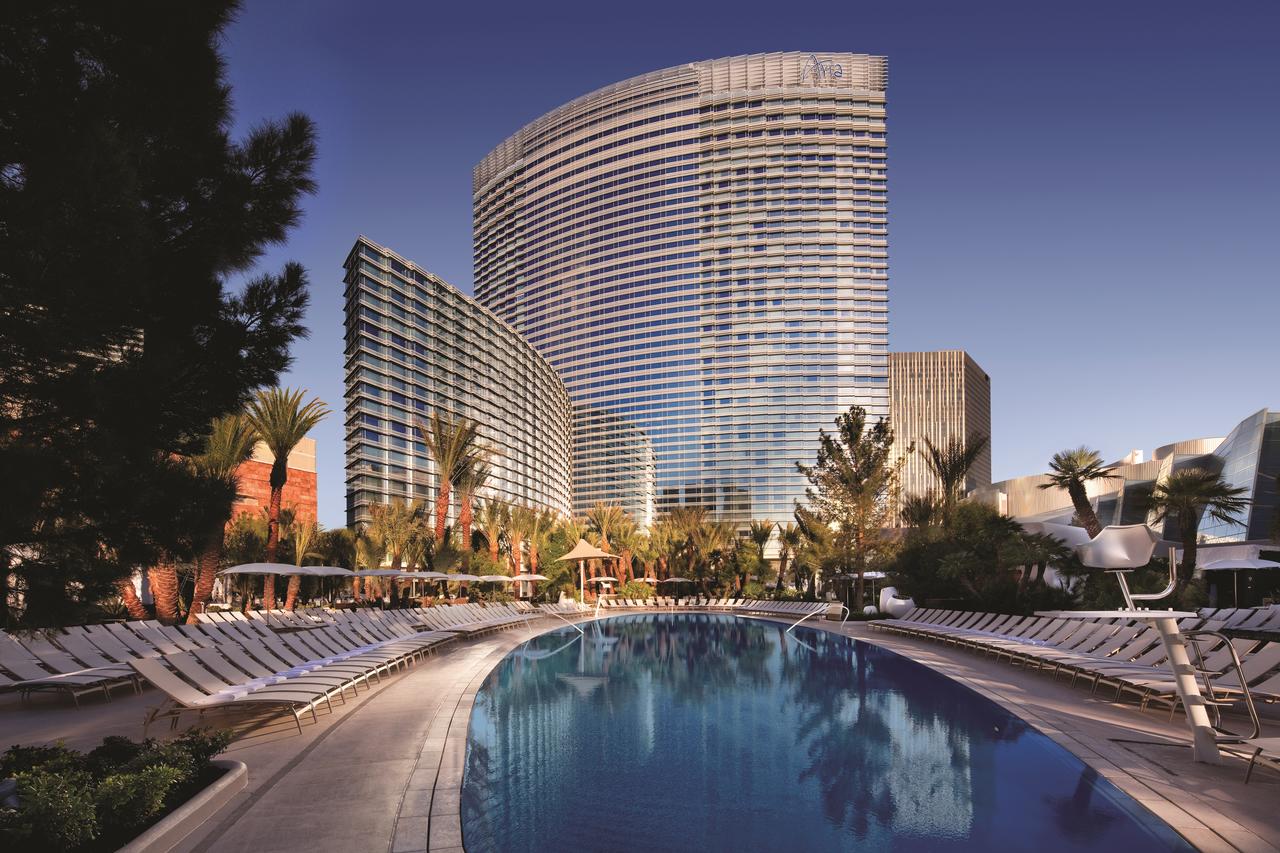 There are tons of ways to maximize your stay in Las Vegas, and we’ve discussed them — from status matches to luxury hotel programs designed to mimic elite benefits.

While there is a plethora of choices when it comes to booking hotels with your preferred loyalty program, using sites such as Fine Hotels & Resorts or the Luxury Hotel and Resort Collection can be a good option for those without status, those looking for stays in boutique hotels or those taking advantage of cheap room rates in order to be paid to stay (yes, that’s real).

A trip to Las Vegas earlier this year came about as an idea to leverage status matches for maximum benefits while in Sin City. And while that was successful, when booking my trip, I was not yet an elite member, which meant I was out of luck when it came to perks such as late checkout or room upgrades.

Luckily, as a holder of the Chase Sapphire Reserve, I have access to the Luxury Hotel and Resort Collection (LHRC) and ended up booking a stay at the Aria, one of MGM’s upper-tier hotels, for $179 a night. My room rate included a number of benefits: priority check-in line; early check-in, when available; late checkout, when available; room upgrade, when available; $100 food-and-beverage credit per stay; and complimentary breakfast for two (up to $30 each).

This was actually my first time using the LHRC program, although I have benefitted from FHR and its benefits on a number of occasions.

So what was it like, at the Aria, with this program? Honestly? It was a resounding "meh."

Admittedly, some of this may be my fault, as during check-in I had forgotten about the priority line I was supposed to be able to use and instead attempted to check in at the self-serve kiosk.

Still, I arrived at 3:25pm, tried to check in, and was told there was no room available for me. No, I'm not talking about a room upgrade: I just straight up didn’t have a room. I told the staff I had booked with LHRC, but they didn’t seem to know what that was and never directed me to the priority check-in. They let me know that I could sit in the lobby for about an hour and that they’d text me when my room was ready.

Fortunately, another member of staff took pity, grabbed my "room not available" receipt and went to the manager to beg a room for me.

The begging worked, and I found myself in a decidedly not upgraded king room, which I suspect was vacant because it was musty and smelled like mildew.

The Aria bills itself as a high-class hotel, so the start of my stay wasn’t great. While I was absolutely grateful for the staff member who helped me out, I was pretty bummed that it meant I was stuck in the room I received, especially coming off a fabulous studio suite at Caesars Palace.

Still, the Aria had some of that wow factor, such as curtains drawing back when you entered the room and a nifty tablet that allowed you to control everything (even room service!) in one spot.

The hotel itself was also really beautiful and boasted excellent dining. By sheer coincidence, TPG staffers Scott Mayerowitz and Zach Griff were also in Vegas and also staying at the Aria and also also had booked via the Luxury Hotel and Resort Collection.

This meant we each had a $100 credit to use, and while the other two were staying for another day, I had only a single night in which to spend my hard-won credit. Luckily, Scott and Zach managed to snag a reservation for us at Carbone, Aria's high-end Italian restaurant.

It did not disappoint. Though I'm unsure we actually needed a reservation, as it was quite empty, the ambiance was all smooth elegance and understated lighting.

As per our waiter's suggestion, we ordered four dishes (yes, between the three of us), and all of them were delicious.

I enjoyed the ribeye Diana, cooked perfectly to medium rare:

And Zach ordered the catch of the day, fresh and perfectly seasoned:

I don't have any photos of the spicy rigatoni vodka, as it disappeared nearly instantaneously. (It was that good.)

Alas, despite our best efforts (and even a cocktail), our bills only came to $85 each. I spent my remaining credit on a single bottle of water from the minibar on the way out.

As our room rates also included breakfast, we met up the following morning for breakfast at The Buffet at Aria. I was really impressed with this buffet. You hear a lot about the Bacchanal Buffet at Caesars Palace, with its towering crab-leg spread and hordes of people, but almost nothing is said about the food here. This was as good, if not better.

What certainly was better was the complete lack of crowds. There was no wait, and the serving stations themselves were empty, which meant going up to get your food was easy and quick, not something I can say about the Bacchanal.

The Aria itself is a beautiful hotel -- there's no doubt about that. The casino is lovely, the food is far above par, and the staff was nice (if clueless). I did manage to get late checkout, which I was pleased about, but the lack of room upgrade and failure to receive even normalcheck-in hours put me off.

And then I saw this:

It turns out they didn't apply my food-and-beverage credit at all, although at least I wasn't charged for the breakfast. I'm more than a little irritated about this, as it meant a phone call and an argument over something that should have been done properly in the first place.

Overall, while I enjoyed the stay, I think the Aria has got quite a long way to go when it comes to honoring the benefits it promotes via luxury hotel programs. Though I'd do it again (free money is free money, after all), I'd hope that next time they'd be better prepared and better able to provide the perks they promise.

60,000 points
Earn 60,000 bonus points after you spend $4,000 on purchases in the first 3 months from account opening. That's $900 toward travel when you redeem through Chase Ultimate Rewards®