Tourists Behaving Badly in Wildflowers Forced Officials to Close 'Everything"

Articles
Jordan Allen has produced content for TPG on everything from travel trends to flight deals.
Follow
March 18, 2019
•
3 min read 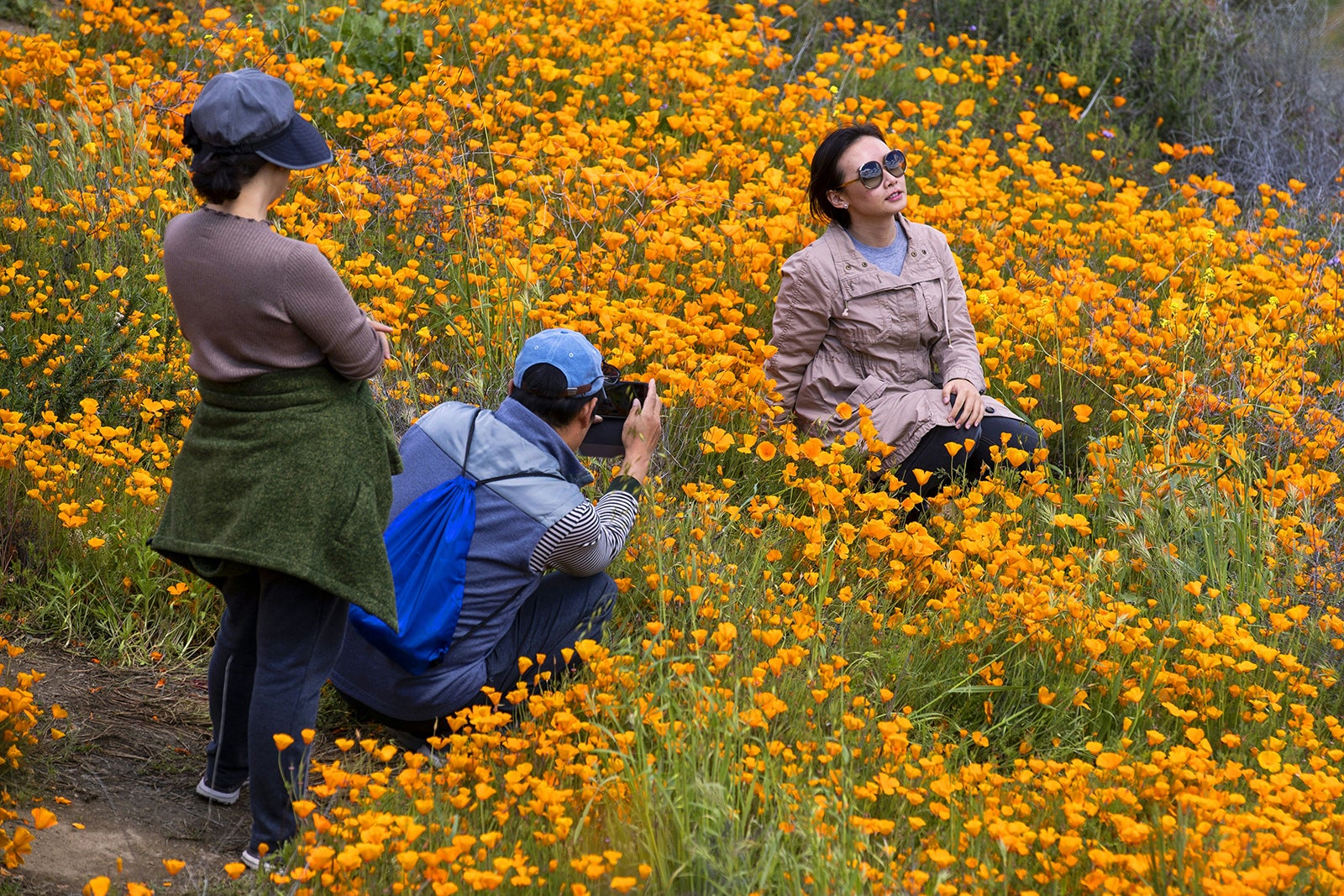 Tourists Behaving Badly in Wildflowers Forced Officials to Close 'Everything"
This post contains references to products from one or more of our advertisers. We may receive compensation when you click on links to those products. Terms apply to the offers listed on this page. For an explanation of our Advertising Policy, visit this page.

Wildflower super blooms in the desert are a spectacular sight to see, but you don't want to be like one of the 66,000 people who caused chaos at Walker Canyon in Lake Elsinore, California, this weekend.

Wildflowers have been blooming here since late February, and as the green hills were transformed by a super bloom of golden poppies, the crowds have been growing too.

Over the weekend things came to a head, according to USA Today. Officials and locals flooded social media with hashtags like #PoppyNightmare and #IsItOverYet, and the Lake Elsinore police were forced to close "everything" to save the delicate poppies from careless tourists and dogs in strollers.

A super bloom is a prolific growth of wildflowers triggered by unusually heavy rainfall. In 2017, Santa Barbara experienced a super bloom so profuse it could be seen from space. In Lake Elsinore, the abundant blooms this year have drawn massive crowds to an area that cannot begin to accommodate the traffic.

There were many elements to the traumatic weekend at Walker Canyon. First, there was terrible traffic on Interstate 15 and the city streets around the trailhead were clogged with people and cars. The gridlock was so severe it was deemed a public safety hazard.

"We’re short-handed,” Lake Elsinore Mayor Steve Manos wrote on Facebook on Saturday. “One of our employees was hit and run by a driver. A rattlesnake bit a visitor. Residents have been screaming at the people directing traffic.”

Another factor contributing to the madness, according to USA Today, was that the blooms are blanketing a steep hillside of the canyon that was never meant to be hiked.

Ill-prepared tourists and influencers in heels were free-hiking through the flowers and slipping and falling on the mountainside (selfie sticks in hand). Surprisingly, only one injury was reported. Yet countless orange poppies were crushed and damaged for the 'gram.

In response to the #PoppyNightmare, Lake Elsinore increased police presence in the area (with some city employees working 12-hour shifts for seven days) and reached out to neighboring cities, the California Highway Patrol and the California Department of Transportation for help. But, ultimately, officials decided that the best way to protect the poppies — and the residents — was to shut down Walker Canyon to the public.

"The situation has escalated beyond our available resources. No additional shuttles or visitors will be allowed into Walker Canyon. This weekend has been unbearable [sic] Lake Elsinore," Lake Elsinore Police wrote in a Facebook post. "We will evaluate all options next week including ways to shut this down. Thank you for your understanding. We know it has been miserable and has caused unnecessary hardships for our entire community."

Of course, there are ways to experience the natural phenomenon in a considerate, environmentally friendly manner.

We spoke to Dennis Stephen, the regional interpretative specialist of the Colorado Desert District outside Los Angeles (where the 2017 super bloom also occurred), who told TPG that people can still enjoy nice things.

In addition to wearing sturdy, closed-toed shoes (like hiking boots or sneakers), a hat and sunscreen, Stephen stressed the importance of carrying water and following marked paths.

Best to leave your dog (and its stroller) at home.