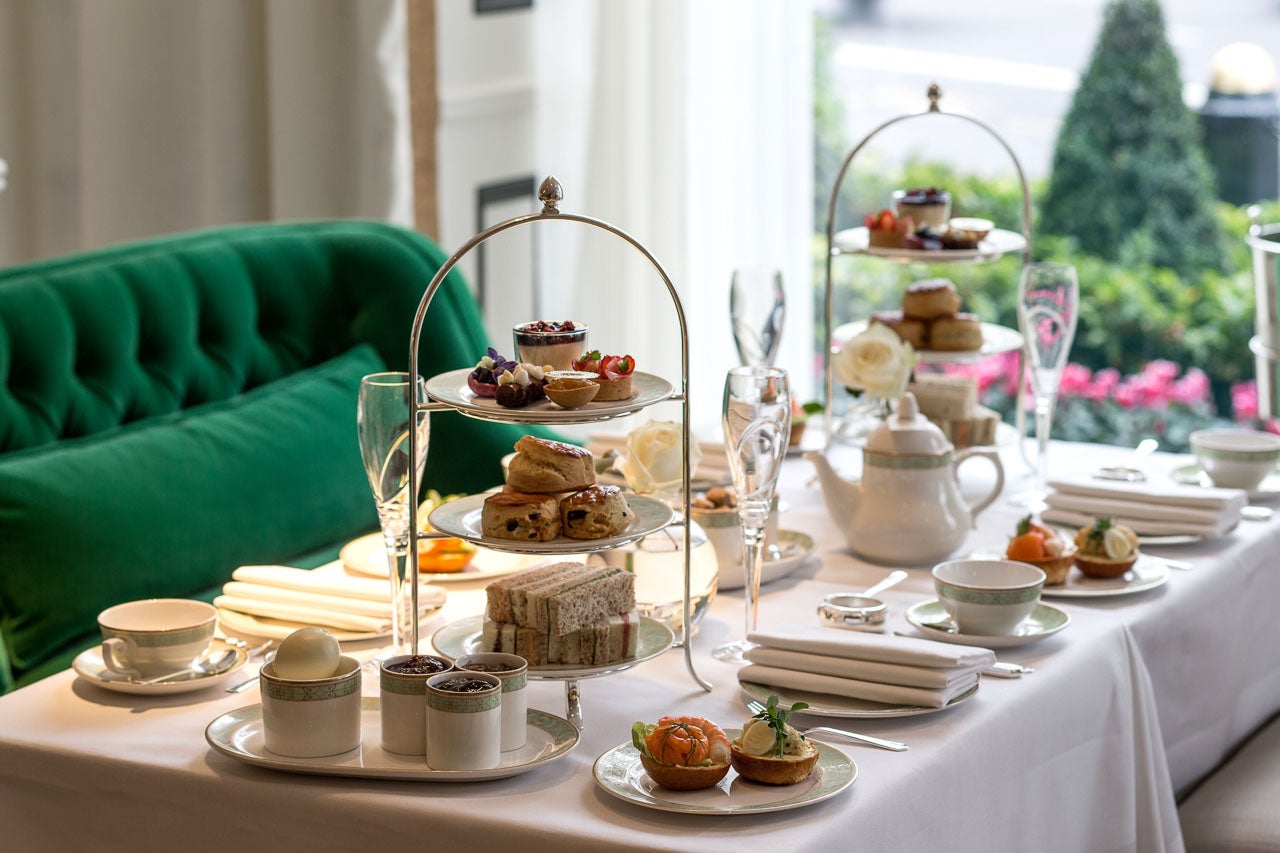 The new British Airways buy-on-board menu made international news this week when passengers started to share that the most quintessentially British item on offer — the Afternoon Tea for £5 GBP ($6.50) or 715 Avios — does not include any actual tea on the short-haul economy service within Europe. Rather, the "Afternoon Tea" consists solely of a sultana (raisin) scone, strawberry jam and clotted cream, a spread that lays at the intersection of whipped cream and butter, originally from Southwest England.

British Airways only began charging for food and beverages in 2017, even in economy on short-haul flights, so its customers could still be a bit miffed about being charged for a "cuppa" in any circumstances, let alone when they've already paid £5 ordering something called an "Afternoon Tea."

Unlike the more clear description above, passengers griped on Flyer Talk that the BA food placement and wording around the afternoon tea was deceptive. The in-flight magazine has a photo of a scone and reads: "An indulgent sultana scone served with traditional clotted cream and delicious strawberry preserve — pair it with a hot cup of Tea Pigs Everyday Brew for an authentic cream team experience." One Flyer Talk member said, "For us Brits it's almost the law that afternoon tea includes tea."

A British Airways spokesperson said in a statement, "Whether it’s a traditional cup of tea, our new espresso martini or a bottle of Champagne, we offer a wide range of beverages to allow customers to choose which option they pair our popular afternoon tea with." We reached out to British Airways for additional comment but did not hear back.

What is Afternoon Tea?

Tea is serious business in the UK. The average Brit drinks two to three cups of tea per day. A typical afternoon tea is served at a hotel or restaurant and has a multilayered tray with cut sandwiches, pastries, scones and yes, a pot of tea. Any afternoon tea I have been to includes a choice of teas and a bottomless pot.

There is also a "cream tea" that is a paired down version of the afternoon tea with scones, clotted cream, jam and again, a pot of tea. It leaves out the finger sandwiches and pastries. Meanwhile, "Champagne tea" is an afternoon tea with a glass of Champagne added alongside the traditional items. To further confuse things, "tea" can also be an early dinner with any menu, typically served to children around 5 p.m.

British Airways Does Sometimes Include Tea

British Airways also serves an "Afternoon Tea" as part of its Club Europe product on flights that depart between 2 p.m. and 4:59 p.m. from London Heathrow (LHR) or London Gatwick (LGW). The service was introduced in September 2018 and offers sandwiches, cake and scones with jam and clotted cream along with tea and Champagne.

British Airways also seems to understand the traditional definition of afternoon tea at its observation tower in the seaside town of Brighton, England, called the BA i360.

British Airways is in hot water, shall we say, with its main demographic for altering a traditional afternoon tea's core tenet. However, it's likely a better value to save your pounds or Avios and put them toward a better value proposition.