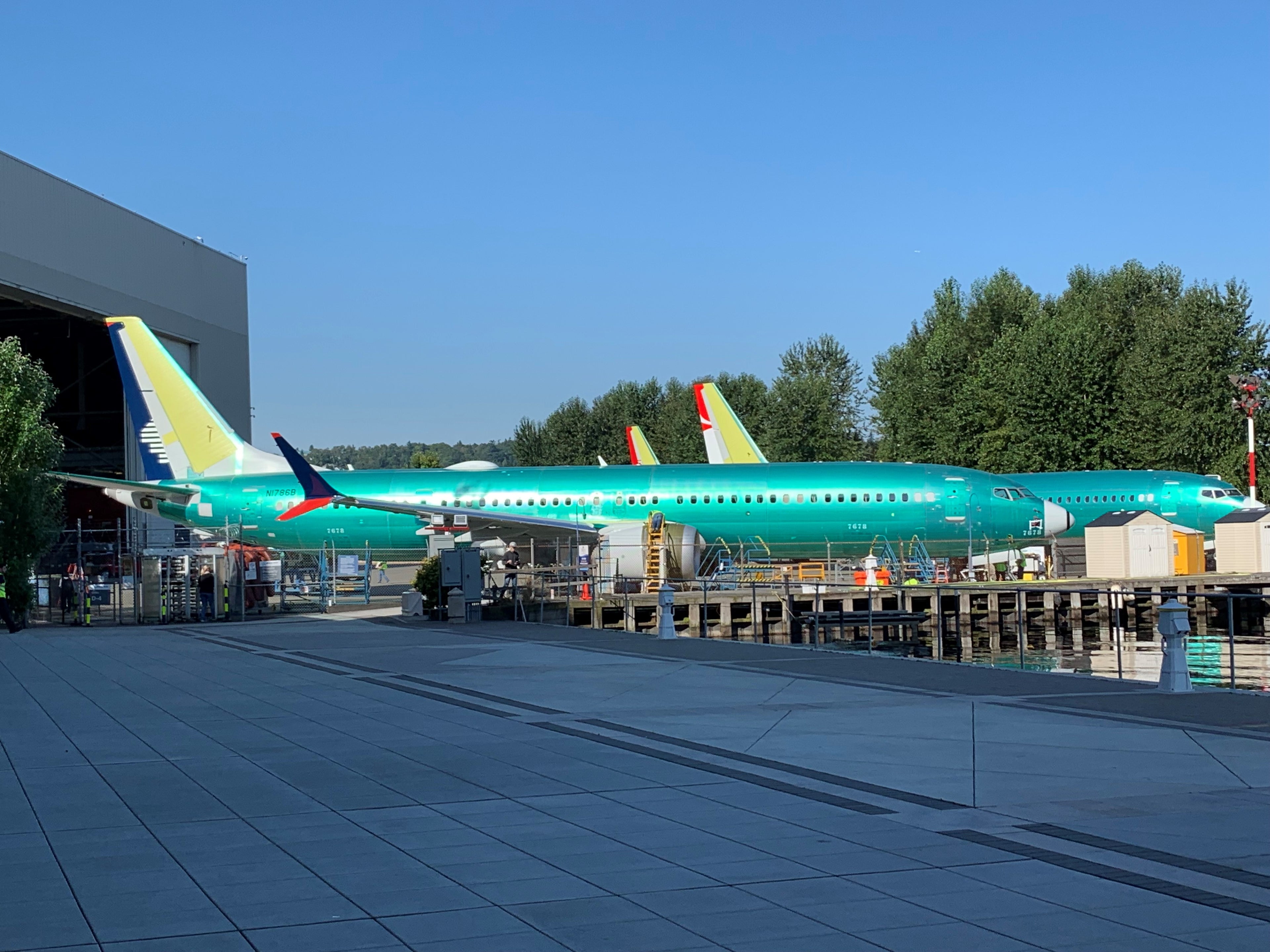 Boeing to suspend 737 MAX production
This post contains references to products from one or more of our advertisers. We may receive compensation when you click on links to those products. Terms apply to the offers listed on this page. For an explanation of our Advertising Policy, visit this page.

Boeing has announced a temporary suspension of its 737 MAX production line.

Even after slowing down production as the grounding stretched on, Boeing continued to churn out around 40 new aircraft per month, leading to strange scenes of aircraft parked wherever the company could find room — including in employee parking lots.

The airframer now has a backlog of around 400 planes waiting to be delivered, and airlines will have to bring about the same number back into service when the grounding order is lifted.

Boeing initially expressed optimism when the grounding began, assuring airlines and travelers that the planes would be flying again in short order. But the automated flight control software suspected of contributing to both crashes has proven more difficult to fix than initially expected. Regulators and airlines now assume the plane won't fly again before 2020, and the grounding for some carriers could last up to a year if current guidance holds.

"The FAA and global regulatory authorities determine the timeline for certification and return to service. We remain fully committed to supporting this process. It is our duty to ensure that every requirement is fulfilled, and every question from our regulators answered," Boeing said in a statement.

The production slowdown is unlikely to affect passengers directly, as airlines plan their schedules months in advance and when individual planes are completed, they don't go directly into service. But, shuttering the production line may have a broader effect.

Boeing is the largest exporter in the United States, and even a temporary production slowdown could have knock-on effects across the global economy as the company's suppliers could have to scale back their own output to meet new, lower demand.

The manufacturer said its decision to temporarily halt MAX production will allow it to focus on delivering already-completed aircraft when the grounding order is lifted.

"We believe this decision is least disruptive to maintaining long-term production system and supply chain health," Boeing's statement said. "This decision is driven by a number of factors, including the extension of certification into 2020, the uncertainty about the timing and conditions of return to service and global training approvals, and the importance of ensuring that we can prioritize the delivery of stored aircraft."

The company has also assured employees that there will be no layoffs during the work slowdown. Workers on the 737 production line will continue working on related projects or be reassigned to other tasks in the area of the factory in Renton, Washington.

This post had been updated with confirmation from Boeing.

Featured image by Boeing 737 MAX jets sit are seen outside the jetmaker's assembly line in Renton, Washington, on July 31, 2019. (Photo by Ben Mutzabaugh/TPG)