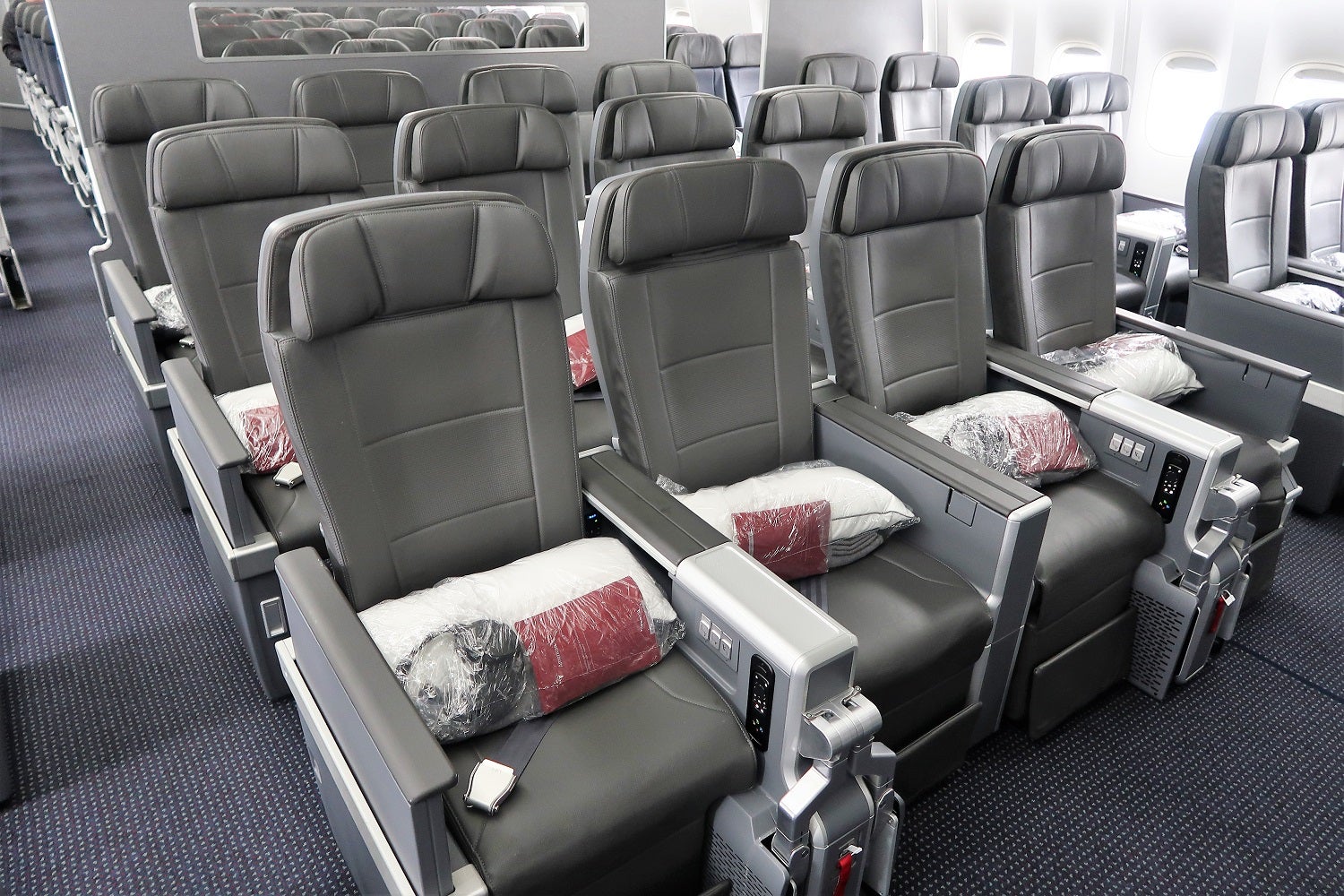 Want to hop across the pond in style, but don't want to break the bank? Then perhaps premium economy might be the perfect middle ground for you. But which premium economy should you choose? That's the question one of our TPG readers recently asked us...

[pullquote]I'm looking at flights from Miami to London. Both American and British Airways fly a premium economy product [to London Heathrow] on their respective hardware on that route. The pricing is identical. I'll pay with Chase Sapphire Preferred and also earn Avios with either. Which do you choose?[/pullquote]

When it comes to transatlantic flights, premium economy offers a bigger seat and a few more perks, so it's worth comparing what each airline has to offer. Both British Airways and American Airlines offer true premium economy cabins to London (LHR) — not just Economy Plus or Comfort+ — as does Virgin Atlantic with 11 US destinations. Let's take a quick look at all three of them.

You'll get priority access at check-in, security and boarding — two checked bags come with your fare too. When it comes to the soft product, such as dining and amenities, you'll have a few solid food choices served on china and with real silverware.

Since American only recently installed premium economy on its fleet, their IFE system features a large HD screen, along with premium amenities such as noise cancelling headphones, Casper bedding and an amenity kit. Unfortunately, premium economy fares don't include complimentary Wi-Fi — you'll have to shell out $19 like everyone else.

When it comes to mileage earning, if you're crediting the flight to AAdvantage, you'll earn 1.5 Elite Qualifying Miles (EQMs) per mile based on the distance of the flight. However, if you're chasing American elite status, it could make more sense to fly on British Airways-marketed flights or book American's special fares, both of which can (in certain circumstances) increase your elite miles and dollars, along with redeemable miles.

Most of British Airways' long-haul aircraft have a premium economy cabin, also known as World Traveller Plus. On the 747, which flies between Miami (MIA) and London (LHR), you'll find 18.5-inch wide seats with 38 inches of pitch in a 2-4-2 layout, similar to American's configuration. You'll be able to board ahead of the standard economy passengers, and will get two free checked bags with your ticket.

You’ll find much more padding on the BA seats than on AA’s, according to TPG Points and Miles Writer JT Genter, who’s flown on both products. You'll also receive an amenity kit and noise cancelling headphones with British Airways, just as you do with American. Note that BA is currently retrofitting its aircraft with a newer premium economy seat, so you may find yourself in a different set-up than the one shown here.

When it comes to mileage earning, if you're crediting to British Airways Executive Club, you'll earn at least 100% miles based on the distance of the flight, and up to 150% depending on the fare class. You'll also earn 100% in elite Tier Points regardless of your fare class.

Finally, if you want to fly an airline outside of an alliance, you can try Virgin Atlantic's premium economy. The new premium economy on its 787-9 received high marks from TPG Review Editor Nick Ellis, who wrote that the seat "was perfect for the roughly seven-hour transatlantic hop from London to New York." The airline offers the product on all of its aircraft — on the 787-9 you'll find the seats in a 2-3-2 layout. Similar to BA and AA, the seats have 38 inches of pitch, but are 21 inches wide, which is best amongst the three. Large seatback screens provide loads of entertainment.

Priority boarding and check-in are standard here, as well as two complimentary checked bags. You'll find a great soft product on Virgin, and the 787 even has a bar that allows you to stock up on snacks and drinks anytime during the flight.

If you credit your premium economy flight to Virgin Atlantic's Flying Club, you'll earn 100-200% in redeemable miles and 3-4 Tier Points depending on the fare class. You can also credit this flight to Delta Sky Miles and earn 150% in both redeemable and Medallion Qualification Miles (MQMs), along with 30% in Medallion Qualification Dollars (MQDs) based on flight distance.

What if you want to book one of these cabins with points or miles? Here are the various options for each of the three airlines...

While you can't book American's premium economy with miles yet, you can reserve the other two carriers' products with points. Just be aware of the significant taxes and fees — they'll be even higher with a return flight because of the United Kingdom's notoriously high departure tax. You can also book Oneworld flights with Cathay Pacific's Asia Miles from 30,000 miles each way, and may save some of the carrier surcharges by booking that way.

For bonus players, European budget carrier Norwegian offers a business class product that's more akin to premium economy. It's received high marks from TPG reviewers and can be another solid option if you're trying to hop the pond for cheap. Although it's difficult to redeem traditional miles on the carrier, you can pay with points though Chase's travel portal netting 1.5 cents per point if you're a Chase Sapphire Reserve cardholder. The Business Platinum® from American Express offers the pay with points 35% airfare rebate which could cover the cost of a Norwegian premium fare.

Of course, if you're paying cash for any of the flights, make sure to use a credit card that earns bonus points on airfare purchases like The Platinum Card® from American Express (5x on airfare), Chase Sapphire Reserve, or the Chase Sapphire Preferred Card (2x on travel).

All in all, each carrier's hard and soft product are somewhat similar, and all are miles ahead of economy. You'll get elevated meal service, a bigger and more comfy seat and priority privileges. Keep in mind that you'll still have to pay for Wi-Fi with every airline.

If you want to earn American miles or Avios or are chasing American status, you can choose either of the Oneworld carriers. If you're a Delta loyalist, than Virgin might make more sense. On the other hand, if your primary concern is the experience, American's soft product is a tad better than British Airways', while BA's seat is more padded. But Virgin Atlantic features the largest seat of all and gets great reviews for its soft product, so that might be the best choice.

And if you really can't decide, you can try two premium economy products on one single round-trip. Since American and British Airways are joint venture partners, it's possible to book both carriers on a single itinerary with one going in each direction. Genter recommends flying BA’s 747 on the outbound red-eye flight since you’ll likely sleep better in its heavily padded seat, then picking American for its better food and IFE on the daytime return.

Thanks for the question, and if you're a TPG reader who'd like us to answer a question of your own, tweet us at @thepointsguy, message us on Facebook or email us at info@thepointsguy.com.

The story was updated to mention Norwegian Airlines Premium seat.