18 airline liveries that will catch any AvGeek’s eye 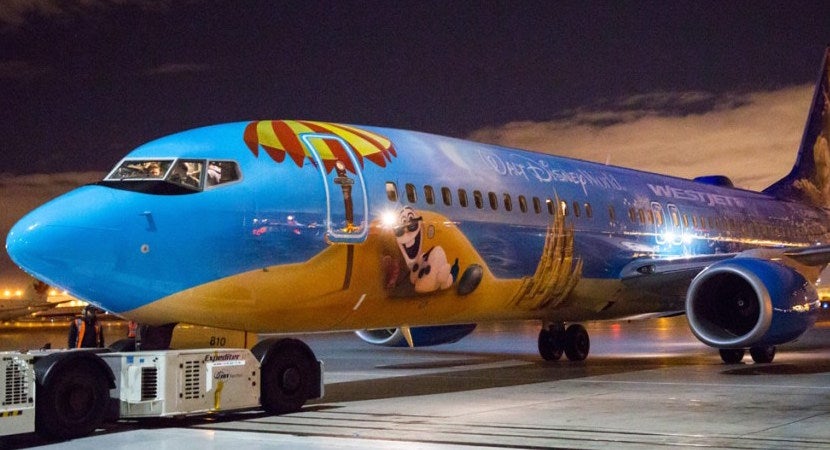 Airlines use their aircraft liveries as a major part of their branding efforts. But sometimes airlines will roll out special liveries for reasons including spotlighting cities they serve, promoting a movie or highlighting a dream destination. Below we take a look at 18 amazing airline liveries.

This Airbus A330 is part of an initiative with Hi Fly and the Mirpuri Foundation to raise awareness of sustainability issues. In 2020, Hi Fly became the first airline to be completely single-use plastic-free.

In 2018, Emirates and Arsenal announced a sponsorship deal, which saw the Emirates name on the Arsenal jersey until at least the end of the 2023-2024 season. As part of the deal, Emirates Stadium in north-central London will remain named as such until 2028. Emirates also threw in an Airbus A380 with a livery featuring Arsenal players.

United partnered with Lucasfilm to create this special livery on a Boeing 737-800 to celebrate the movie “Star Wars: The Rise of Skywalker,” the epic conclusion of the triple trilogy that was the brainchild of award-winning producer and director George Lucas.

Back in November 2012, the country’s flag carrier honored “The Hobbit: An Unexpected Journey” when it was released with this specially painted Boeing 777-300. The jet served as a great vehicle to showcase the work of native son Sir Peter Jackson, who filmed the entire series in New Zealand.

In 2005, the Taiwan-based carrier worked with Japan’s Sanrio to create a fleet of seven Hello Kitty-branded jets. The themed aircraft include specially designed headrests, pillows, airsickness bags and even toilet paper featuring the Hello Kitty brand and characters. You can even eat grilled vegetables and food shaped like Hello Kitty during mealtime.

This Russian carrier painted the face of an Amur tiger on the nose cone of a Boeing 747-400.

In 2009, Alaska Airlines unveiled its Spirit of Disneyland® II Boeing 737-900 jet as part of its partnership with the iconic Anaheim, Calif.-based amusement park. It features Disney characters Mickey and Minnie Mouse, Pluto, Goofy and Donald Duck.

Etihad Airways is a sponsor of Formula 1 racing and the Abu Dhabi Grand Prix. So it’s only fitting that they put this special livery on an Airbus A340 (seen above) back in the day.

The Guangzhou, China-based carrier painted one of its Airbus A330 jets to celebrate the China International Import Expo in September 2020.

Southwest is known for painting its jets to honor the states it serves. Some may prefer more flashy state liveries, but I’ve always been a big fan of New Mexico One, which the airline unveiled in 2000. It features a depiction of the state’s official flag, anchored by the ancient symbol of the state’s Zia Pueblo Indians.

JetBlue wasn’t around during the the Jet Age in the 1960s. Back then, airlines took to the skies with liveries including United’s Friendship, American’s Astrojet and Delta’s the Widget. So in November 2016, the New York-based carrier introduced the “What’s Old Is Blue Again” livery to pay homage to 1960s travel.

ANA unveiled the first of 10 Pokemon-themed aircraft in 1998. By April 2016, ANA’s Pokemon fleet was retired.

The design of this Boeing 737-800, revealed in October 2015, was a collaboration between the airline and Disney. It was WestJet’s second Disney aircraft design. It took 21 days of 12-hour rotations with a crew of six painters working 24/7 at a Fort Worth-based paint facility to complete the design, which also included sparkles to make the jet shimmer.

This South African low-cost carrier wanted to have some fun demystifying the art of flying. It created this special livery in 2013 to explain how all the parts of a plane work.

Featured image by WestJet's "Frozen" Boeing 737. (Photo courtesy of the airline)
Editorial disclaimer: Opinions expressed here are the author’s alone, not those of any bank, credit card issuer, airline or hotel chain, and have not been reviewed, approved or otherwise endorsed by any of these entities.