Top tips to beat your fear of flying 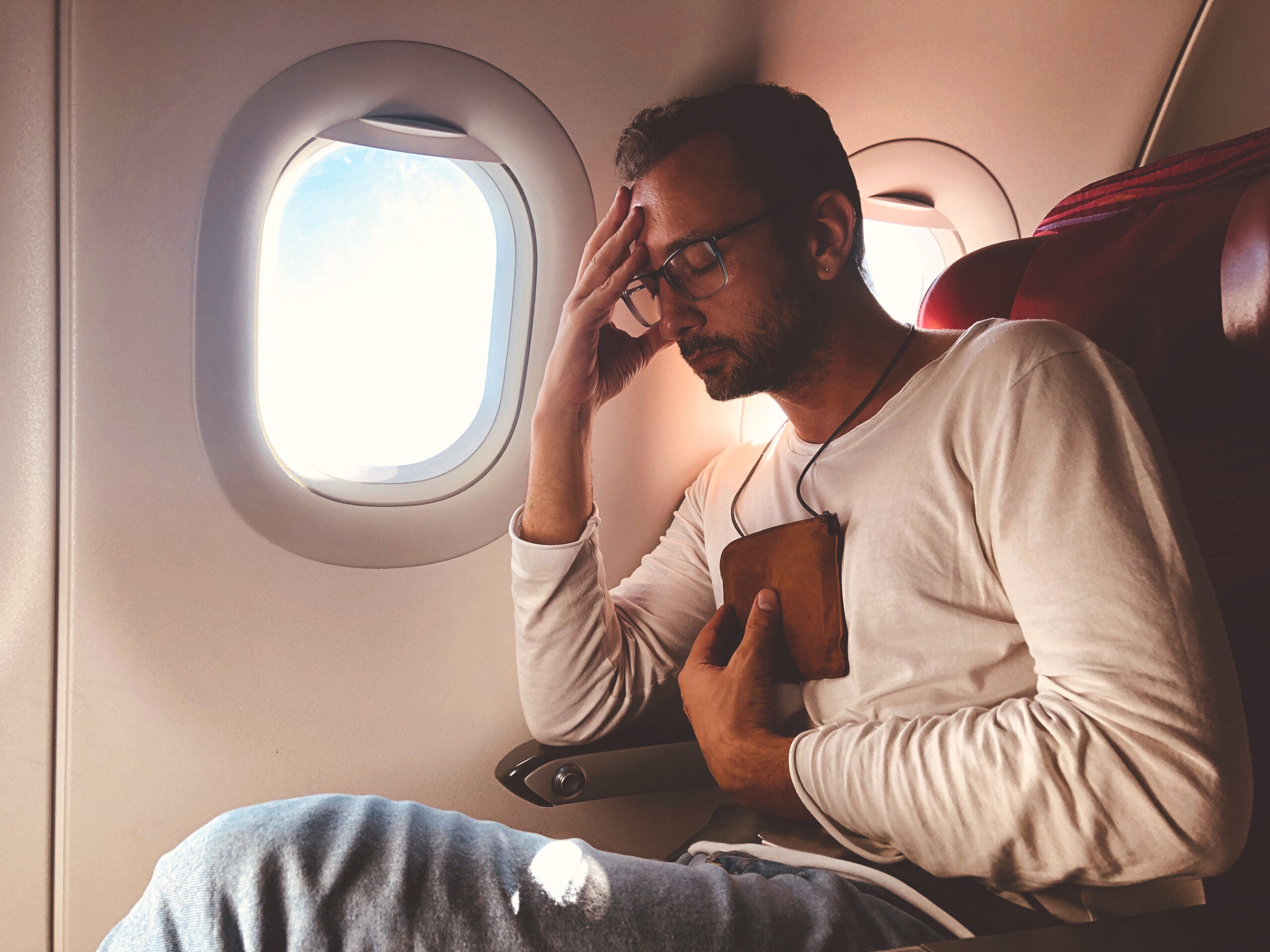 The chances of a plane crashing are about one in 5.4 million, according to statistics from The Economist, and actually dying from a plane crash is one in 11 million. To put this into perspective, you have more chance of being struck by lightning or being attacked and killed by a shark.

Nevertheless, there are still many people who are terrified of flying and dread traveling anywhere by plane in case of turbulence, wheels squeaking, being in a crowded space or skidding on landing -- and of course, crashing.

A fear of flying is also known as aviophobia and usually manifests itself in symptoms like panic, breathlessness, shallow breathing and a racing mind. It's possible that aviophobia can develop from a bad experience but it can also be borne without a known cause.

Aside from going to the doctor to get some medication support or a referral to a psychological service, there are some simple things you can try to combat your fear of flying. Below are nutrition and lifestyle tips to help you conquer that panicked feeling as the plane pushes back.

Salmon contains vitamin D and omega-3 fatty acids which may help regulate the chemical messengers -- neurotransmitters -- our brain releases which can calm and relax the mind. Omega-3 has also been researched to help the brain adapt to changes so may support anxiety symptoms.

This can be good for reducing anxiety because of its anti-inflammatory effects and antioxidant content, meaning it helps fight damage in the body and protects cells.

The active ingredient in turmeric is curcumin which is known to support brain health and relieve anxiety. You can buy the spice and use in curries or stir-frys but it's also available as a supplement.

While this is a mild stimulant, dark chocolate contains antioxidants that support brain function and is also rich in magnesium which is a key nutrient for the nervous system -- so helps you relax. Eating dark chocolate is shown to increase serotonin (the happy hormone) and improve levels of stress hormones.

The live bacteria in yogurt can promote mental health and reduce anxiety by supporting levels of healthy bacteria in the gut.

This contains L-theanine which is known to support brain health and anxiety. It's also rich in antioxidants which can play a role in calming the brain. Both can support levels of GABA, a calming neurotransmitter in the brain.

Read more: Should I take supplements during air travel?

Whilst you may think drinking is a good idea to calm your nerves, alcohol can in fact depress the nervous system, ultimately making anxiety worse. Alcohol changes the levels of the chemical messengers in the brain making you more anxious when it wears off.

It's bad news for coffee lovers who have anxiety. Caffeine is a stimulate and stimulates the same fight or flight response that the fear of a plane crashing does. If you overdo caffeine before a flight it can trigger a panic attack so either switch to decaf or avoid for a few days before your flight.

Like alcohol, smoking may give you the immediate feeling of calm but this is temporary as the underlying issue isn't solved. Additionally, the effect of smoking before you check in to calm your nerves will wear off by the time you board. You'll then have to deal with the cravings and withdrawal symptoms as well as your fear of flying.

Practice meditation for 10 minutes per day every week before your flight and in the morning before.

Get plenty of 'good' sleep

Try your best to get your sleep hygiene right as this may play a role in your mood and anxiety. Try going to bed at the same time every night, sleep in a dark room and limit screen use before bed.

Read more: Things you should before, during and after traveling to stay healthy

Breathing helps regulate the body's stress response and calm the mind. Breathe in for a count of four, hold for three and breathe out for a count of six. You can also try alternate nostril breathing -- breathing in and out of one nostril at a time -- to help calm the nervous system.

Find a playlist that calms you or makes you feel good and listen to it as you take your seat, even if you are feeling calm at that moment.

Don't drink caffeine or eat sugar before your flight -- coffee, energy drinks and sugar are all stimulants and will make your anxiety worse.

Anxiety can be treated with medication and psychology support but and some foods and lifestyle interventions may support brain health and support anxiety symptoms when flying. But remember, it's important to understand the root cause of anxiety rather than just living with the condition.

Related stories
Why you should consider having both the personal and business Amex Platinum cards
Real ID requirements for air travel in US delayed until 2025
Another major cruise line to sharply hike onboard fees
Save money with these travel-related offers on your credit cards this month
Featured image by Shutterstock
Editorial disclaimer: Opinions expressed here are the author’s alone, not those of any bank, credit card issuer, airline or hotel chain, and have not been reviewed, approved or otherwise endorsed by any of these entities.