Here's What Avianca Offered After Bumping Me From a Flight 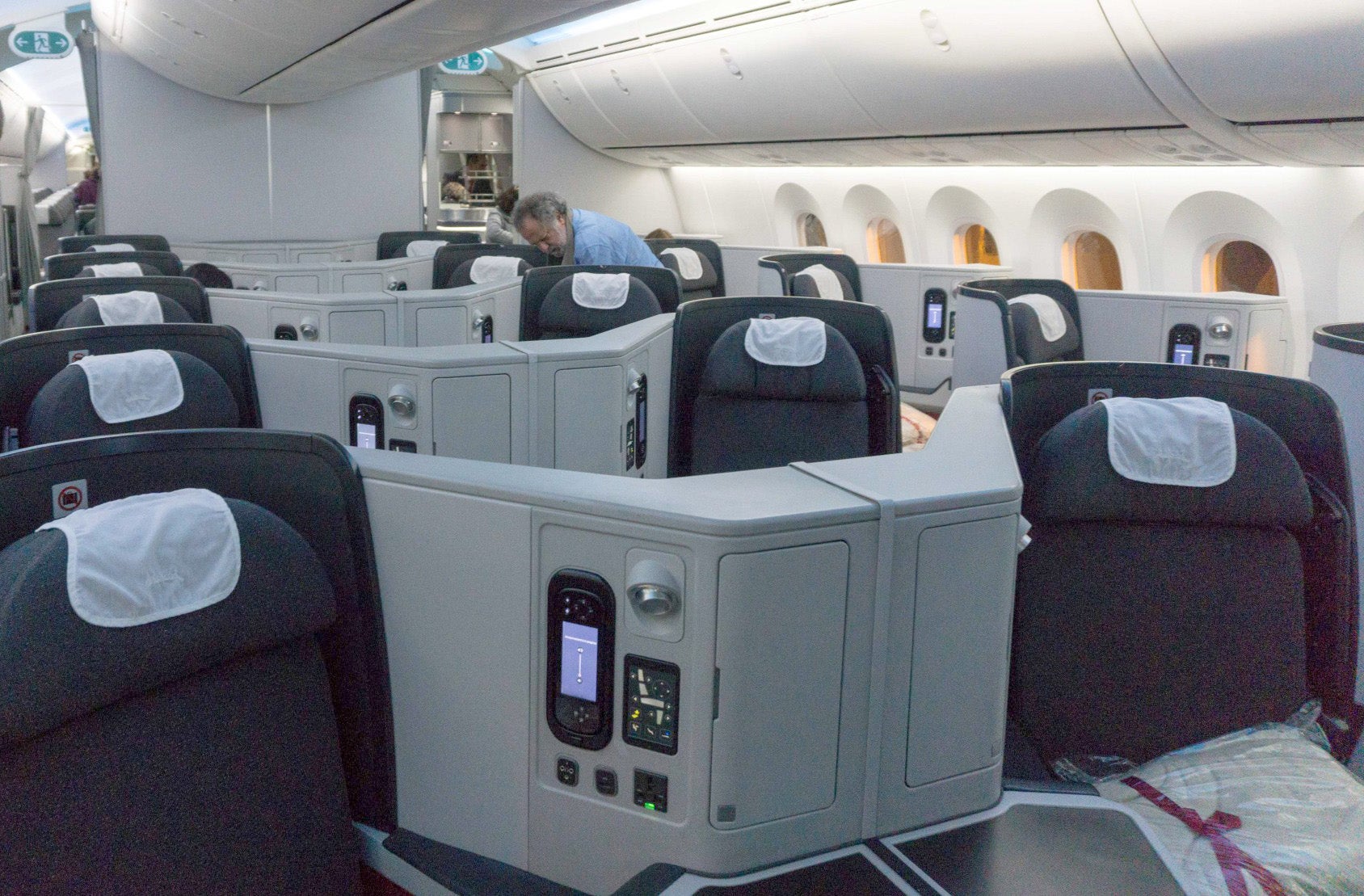 Here's What Avianca Offered After Bumping Me From a Flight
This post contains references to products from one or more of our advertisers. We may receive compensation when you click on links to those products. Terms apply to the offers listed on this page. For an explanation of our Advertising Policy, visit this page.

I purchased the business-class ticket in March for a very reasonable $758 round-trip, including a couple legs in the airline's new lie-flat biz seat — with a 1-2-1 reverse-herringbone arrangement, it was a huge step up from the old 2-2-2 angle-flat product, and ripe for a TPG review.

However, at check-in, I noticed that the airline had bumped me from my A330 flight to Colombia, even though the flight itself was still operating as scheduled. I was rebooked on a narrow-body plane, connecting in San Salvador (SAL), instead.

With Avianca's reputation for frequent delays and cancellations, I wasn't about to risk getting stuck in El Salvador — which, after reading a US State Department warning, isn't a country I have any interest in visiting:

"Reconsider travel to El Salvador due to crime. Violent crime, such as murder, assault, rape, and armed robbery, is common. Gang activity, such as extortion, violent street crime, and narcotics and arms trafficking, is widespread. Local police may lack the resources to respond effectively to serious criminal incidents."

The new flight also got me into Lima just under four hours later than expected — 3 hours and 50 minutes late, in fact (which ends up being a very important detail, as I'll explain in a moment).

After nearly an hour on the phone with Avianca followed by several calls to Amex Travel, where I booked the flight, my request to be rebooked on United's nonstop from Newark (EWR) to Lima was not approved. I was offered an even less appealing connection in Medellín, Colombia (MDE) or a full refund. I opted for the refund.

The next day, I got in touch with Avianca's social media team, who promised to follow up via email. That response arrived promptly, and I was offered my choice of compensation:

Naturally, I chose the cash. $675 may seem like an entirely random figure, but it actually sounded familiar. As it turns out, that's the exact amount I'm entitled to for involuntary denied boarding — had my arrival been delayed by just 10 more minutes, I would have gotten double the amount, instead.

However if you dig through the Department of Transportation's policy, it's clear that Avianca isn't required to offer compensation if I was bumped specifically due to an aircraft change.

The agent did confirm my suspicions there — the flight was overbooked in business class following an aircraft substitution, and, for whatever reason, I was one of the passengers selected to be bumped:

"First of all I would like to express our most sincere apology for all this inconvenient. Unfortunatelly there are some routes and dates where our operation is much more demanded and our flights have high occupation profile; however, I think your are absolutely right and we did not deliver the experience you were expecting."

In addition to the compensation, she offered to rebook my flight at no charge, which seems reasonable given that I was involuntarily bumped. I'd have to choose this instead of a refund, but if we can review the new product as originally planned, it could certainly be worthwhile.

We've also reached out to Avianca's PR team for more details, but have yet to hear back. It seems clear that the aircraft swap was to blame, and I was probably one of the lowest-fare passengers, given the deal I booked. While I would have figured that my Star Alliance Gold status (via United) would have helped to secure my seat, it seems that didn't factor in here.

Ultimately, I'm satisfied with the response — Avianca doesn't have to compensate me according to the DOT rule, but there's no question that it's entirely warranted here, given the initial inconvenience, inflexibility and general shadiness surrounding my bump.

Have you ever been bumped from an Avianca flight?