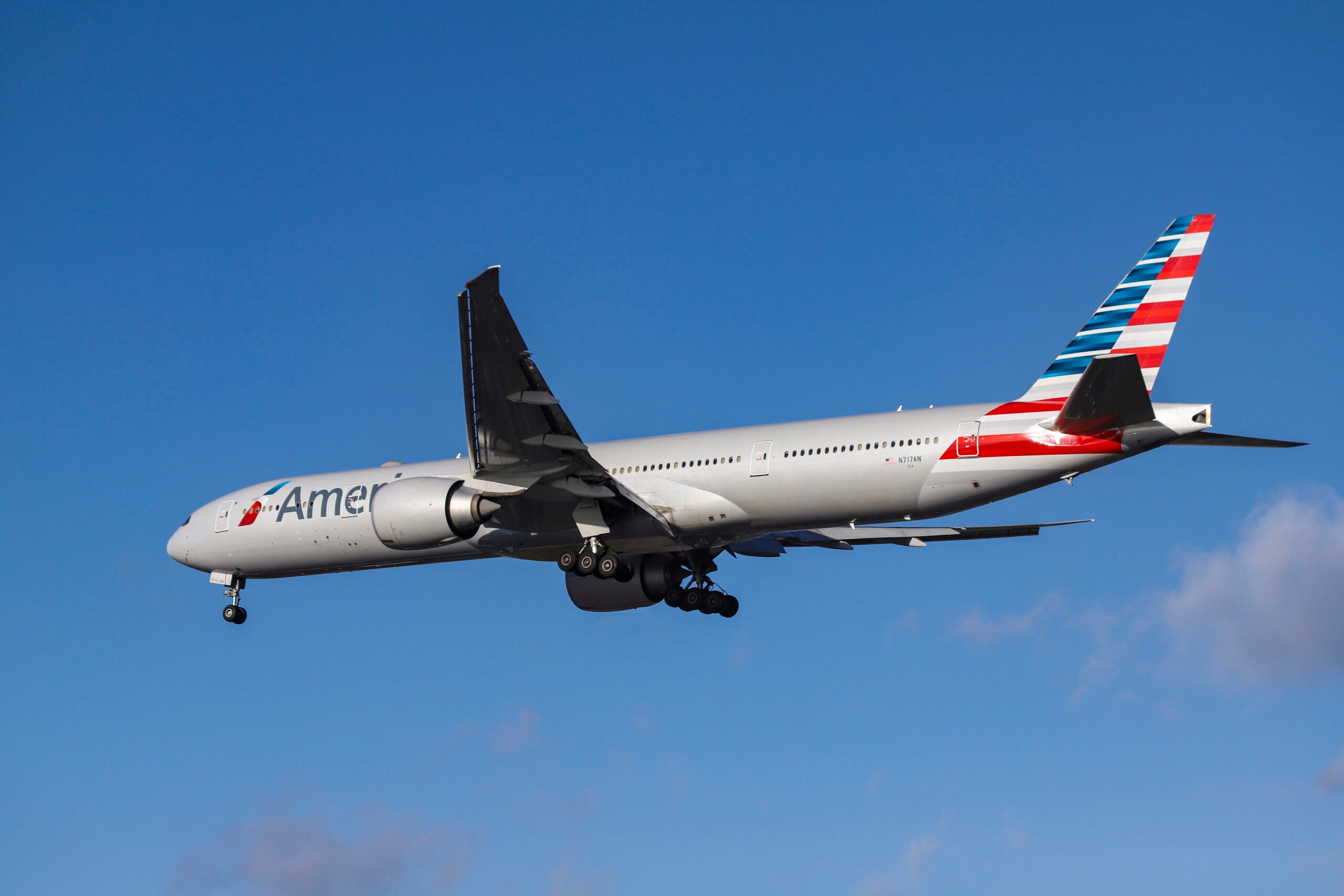 Of the big three U.S. legacy carriers, American Airlines is the only one to still publish award charts. It lists defined redemption options ranging from the “MileSAAver” saver level to "AAnytime Level 2," though there are also some unpublished AAnytime award levels for certain routes and dates. As noted on American's site, “there are select dates that require a higher number of miles (in addition to Level 1 and 2 awards)."

Unfortunately, this week, American quietly introduced a new, higher-priced AAnytime award level for flights between North America and China and Hong Kong. As reported by View From the Wing, there's now an AAnytime Level 6 for these routes, which tops out at a whopping 490,000 miles each way for a first-class ticket. Luckily, there are ways to pay much fewer miles for the same flights.

AAnytime awards are American's “last-seat” award tickets. They're the most expensive awards but have no blackout dates or seat restrictions.

As mentioned, in addition to the two published tiers, since 2014, there have also been several unpublished AAnytime levels. These award rates typically only apply to a handful of peak travel dates, but the price jump can be huge. For instance, back in 2019, we found business class AAnytime awards to Australia pricing as high as 480,000 miles each way, well above the published AAnytime Level 2 rate of 195,000 miles.

American has just introduced a sixth AAnytime award price level for flights between North America and China and Hong Kong. Previously, these awards maxed out at 460,000 one-way for first class. Here's how the new pricing breaks down:

For reference on just how expensive these awards are, here’s the published American Airlines AAnytime Level 2 award chart for flights to the region:

We reached out to American Airlines to see if the airline could provide comment on the changes and were provided with the following statement:

"We continually evaluate our award travel as demand varies by market. As you mentioned, we offer our AAdvantage members Web Special award tickets that are often priced significantly lower than the published award chart."

How to save miles on your awards

Obviously, you'll want to book saver-level awards whenever possible. These are typically the lowest-priced tickets. For instance, when flying to China or Hong Kong, the saver rates are just 35,000 to 110,000 miles each way.

But what if there's no MileSAAver space available? When this is the case, you’re also not able to book these awards through partners, so you’re stuck using AAdvantage miles. However, you still have other options besides AAnytime awards.

Enter Web Specials. This is essentially American's take on dynamically priced redemptions. Although there are pros and cons to these awards, as confirmed by American's spokesperson, they can score you some significant savings. More specifically, while they're only sometimes priced below the saver rate, they're always less than the AAnytime rate. The key difference is that you can't make changes to these awards, but you can still cancel them at no charge.

There's no question that spending over 300,000 for a one-way first-class award to Hong Kong isn't the best use of your miles when the saver rate is about a third of that. However, if there's no saver availability and you need to book that specific award, it can still be significantly cheaper than the AAnytime rate.

Another option to consider is booking a partner-operated award. Even though American might not have any saver availability, a partner like Cathay Pacific may. Plus, the award rates for partner awards are fixed — there are no Web Specials or AAnytime level awards for these flights. So, if you're flying to Hong Kong, for example, you could book Cathay Pacific for a flat 37,500 to 110,000 miles each way, depending on the cabin. Cathay Pacific also tends to offers a superior in-flight experience.

Finally, if you're set on booking a particular American Airlines flight that's pricing out at the new rates, you could consider booking your flight through a bank's travel portal. For instance, if you have the Chase Sapphire Reserve card, you can redeem your points for 1.5 cents each through the Chase Travel Portal. Again, there are much better redemptions out there, but depending on the cash rate, you may be able to get greater value by booking your first-class flight to Hong Kong this way rather than through American. Plus, you'll earn redeemable and elite-qualifying miles on these bookings.

Related: A guide to earning transferable points and why they’re so valuable

Although American Airlines isn't fully dropping award charts yet, it is moving toward more variable pricing by increasing its unpublished caps on awards. Overall, this is an unwelcome change as it gives the airline a greater range of prices that it can charge for certain routes. However, it's only a slight devaluation as it should only affect a small number of travelers who book some high-demand last-minute flights — which we typically don't recommend doing anyway. At least for the time being, you can avoid the higher rates by sticking to saver-level and low-priced Web Special awards.

Featured image by LightRocket via Getty Images
Editorial disclaimer: Opinions expressed here are the author’s alone, not those of any bank, credit card issuer, airline or hotel chain, and have not been reviewed, approved or otherwise endorsed by any of these entities.