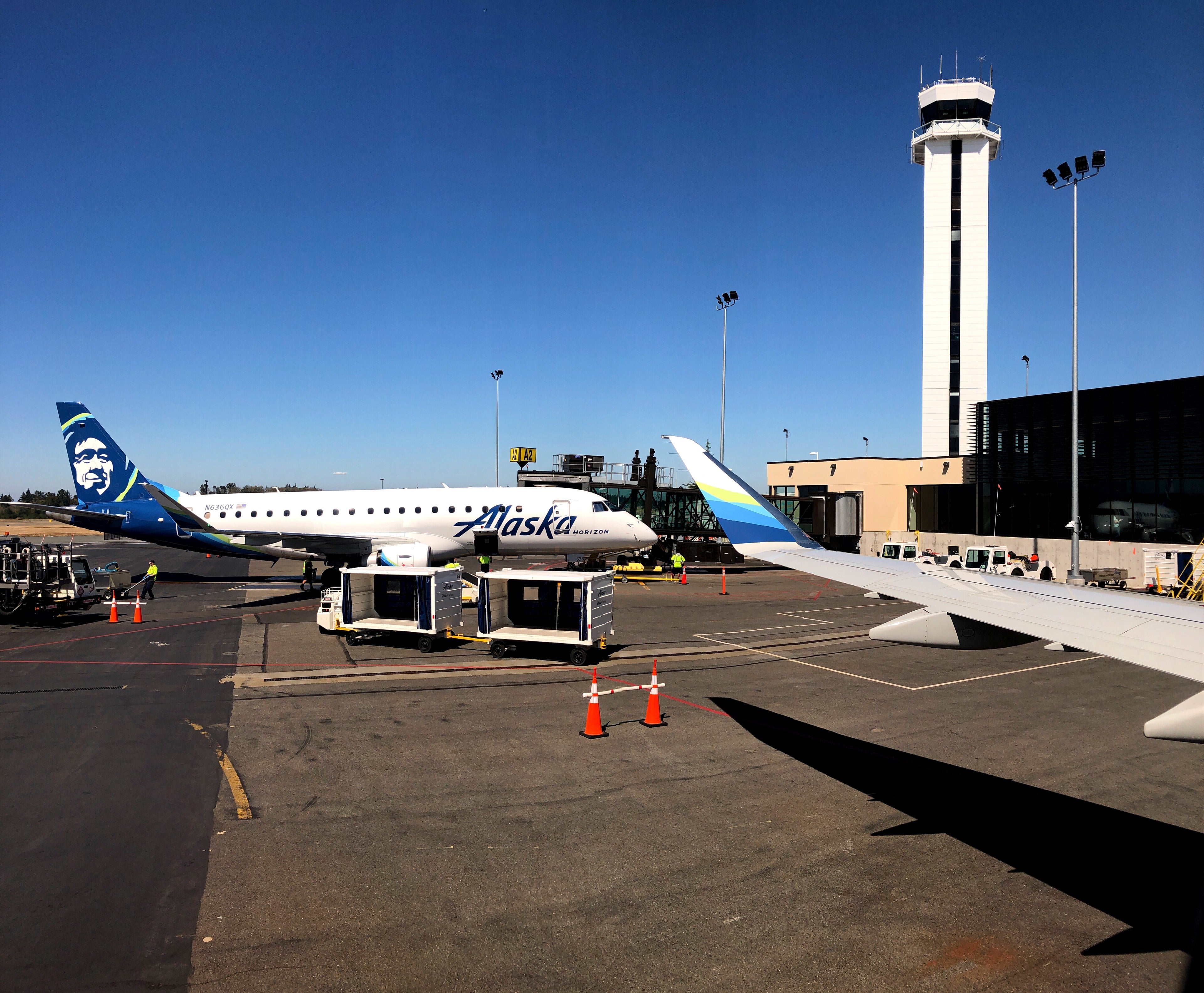 Alaska Airlines drops 5 Bay Area routes, adds 2 as it refocuses on West
This post contains references to products from one or more of our advertisers. We may receive compensation when you click on links to those products. Terms apply to the offers listed on this page. For an explanation of our Advertising Policy, visit this page.

Alaska Airlines is taking further steps to refocus its California route map on its core territory in the western U.S., shaving five more routes from its current Bay Area schedules.

The airline has operated the San Francisco-Phoenix route on a seasonal basis in February and March for the past two years, according to Diio.

The moves come less than a week after Alaska dropped flights to Kona (KOA) from both Sacramento (SMF) and San Francisco, citing a change in the competitive environment. At the same time, the airline will boost service to the airport on the big island of Hawaii from San Diego (SAN) and San Jose.

“There are so many places within the West where we’re really good,” Brandon Pedersen, Alaska's chief financial officer, said about the network changes at an investor conference in early September. “We’ve got point-of-sale on both sides [of these West Coast markets], strong loyalty — that’s a much higher profit potential use of the airplane."

Alaska added many of the routes to the Midwest and East Coast from California after its acquisition of Bay Area-based Virgin America in 2016. At the time, it said the deal was a way to boost its presence in the Golden State, where it lagged many of its competitors.

However, beginning this summer, Alaska management changed tone and spoke of the importance to defend and expand in its core markets.

“The first priority would be… doing everything we need to do to sort of defend and grow markets out of the state of Washington, in the state of Alaska, the state of Oregon,” Alaska CEO Brad Tilden said in July on the airline's 2020 growth plan

No route has been cut at Seattle/Tacoma (SEA), the carrier's home base, since the changes to Alaska's California network began rolling out in August. Some of the Midwestern and East Coast cities that are losing nonstop flights on the airline to California — Kansas City (MCI), for example — are gaining frequencies to Seattle, according to Diio.

Alaska is keeping a number of its De Havilland Canada Dash 8-400 turboprops in its fleet longer than planned. The aircraft primarily fly routes in the Pacific Northwest, where Tilden has said Alaska's focus is now on growing and defending its market share.

Once Alaska ends its latest set of Bay Area-routes, United Airlines will become the only airline flying between San Francisco and both Nashville and Raleigh/Durham, according to Diio. From San Jose, Delta Air Lines and JetBlue Airways will continue to fly to JFK, and Southwest Airlines to Orange County and Tucson.

Featured image by Alaska Airlines E175s on the ramp at Paine Field near Seattle. (Photo by Edward Russell/TPG)