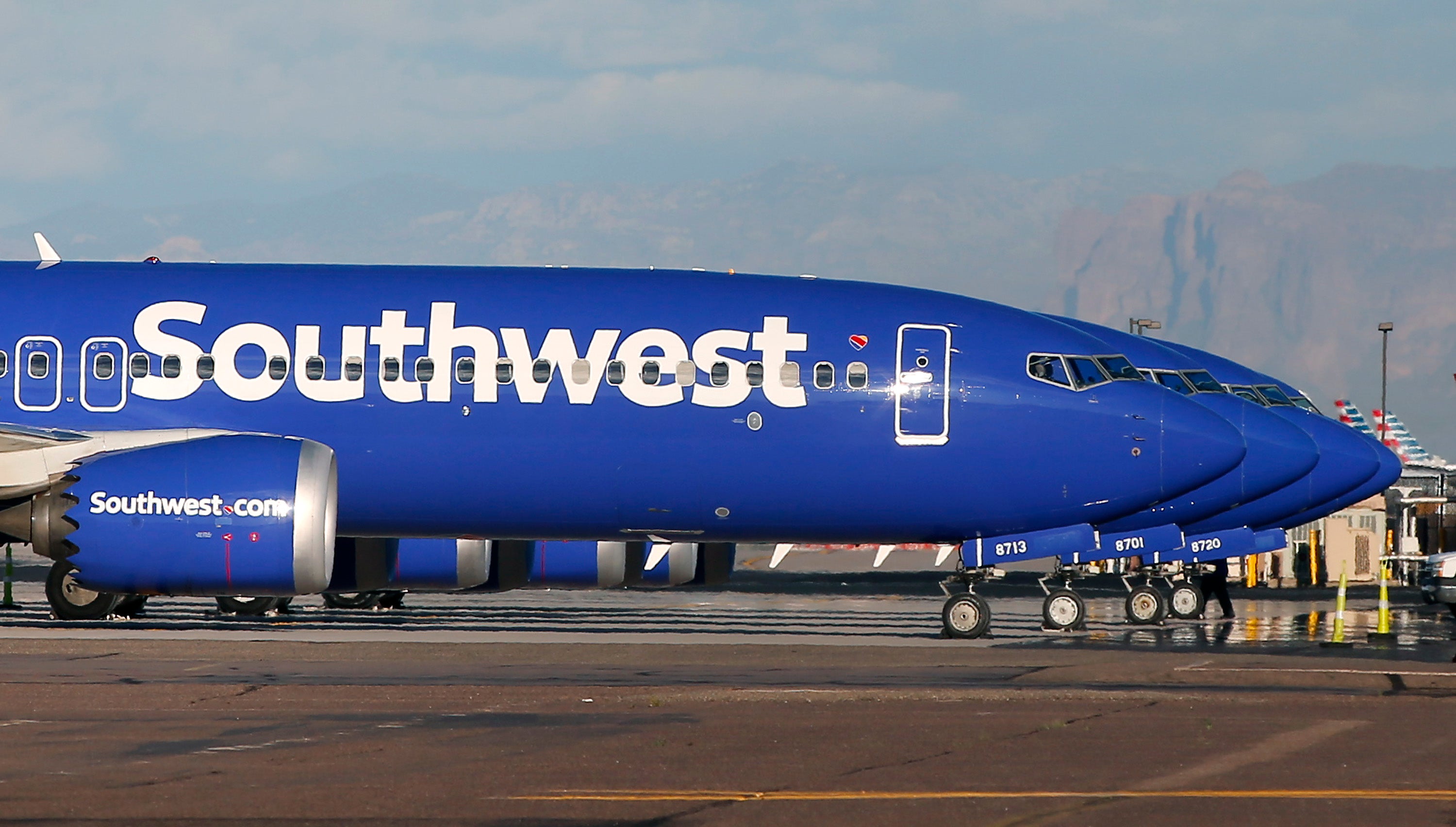 What the Grounding of the 737 MAX May End up Costing Airlines
This post contains references to products from one or more of our advertisers. We may receive compensation when you click on links to those products. Terms apply to the offers listed on this page. For an explanation of our Advertising Policy, visit this page.

Airlines affected by the worldwide grounding of the Boeing 737 MAX following last week's fatal Ethiopian Airlines crash are estimated to be spending up to $35,000 per aircraft, per day, to lease replacement jets. And that’s before considering passenger compensation costs for delayed or cancelled flights.

"It is not possible to quote an accurate cost, since there are so many different markets and strategies adopted by airlines — cancelling or combining flights, delaying retirement of older aircraft, extending leases, etc — all of which have different cost and revenue implications,” Peter Morris, chief economist at UK-based aviation consultancy Ascend by Cirium, said. Leasing a less-advanced plane that burns more fuel could, alone, cost up to that $35,000, he said.

American, Southwest and United, the three operators of the 737 MAX in the US, are making do so far without leasing additional aircraft to take up the slack. Other MAX operators, like Air Italy, have a lot fewer airplanes than big US airlines to spread around, and have been leasing planes to replace the grounded 737s.

It’s not just airlines that face potential costs associated with the MAX grounding, but aircraft leasing companies as well. Lessors are scheduled to get 60 MAXes delivered this year and 180 the next, and haven’t placed them all with airlines yet. To avoid having expensive assets sitting idle, they may have to slash prices.

"Our reported current market lease rate for a 2019-build MAX 8 is $355,000 [per month]," Morris said, about the same as for the competing Airbus jet, the A320neo. Those prices are “most likely not” sustainable, he said.

Boeing has not yet announced any changes to its production schedule for the 737 MAX. It’s still making dozens a month (and running out of room to park them.) However, if production were to be suspended, Boeing could face up to $2.5 billion a month in lost revenue.

"We cannot speculate on how long the fleet will be grounded or indeed [whether] deliveries will be suspended. But the latter element has significant potential impact for Boeing's cash flow," said Morris. "Over the past three complete months, Boeing has delivered an average of 32 new MAXs a month. But as the production rate is heading upwards and the backlog of NGs [the 737 model preceding the MAX] is almost exhausted, they were probably headed towards an average of 50 a month in the next few months.” And missing those 50 deliveries a month is where that 2.5 billion figure comes from, Morris said.

This is not the only headache facing Boeing. Scandinavian low-cost carrier Norwegian last week became the first carrier to publicly call for compensation from the manufacturer. Chief executive Bjorn Kjos said in a Tweeted video message that "we will not take the cost related to the new aircraft that we have to park temporarily," and "we will send the bill to those who produce this aircraft."

Norwegian has been here before. The airline was forced to wet-lease aircraft in 2018 when problems with the Rolls-Royce Trent 1000 engines powering its Boeing 787s meant the aircraft had to be temporarily taken out of service.

The Oslo-based airline – which operates 18 737 MAX 8s and is scheduled to take delivery of an additional 16 this year, as part of an overall order for 100 of the type – has deployed a 787-9 on flights to the US from Dublin that were previously operated by the MAX.

According to Daniel Roeska, a European transportation analyst at Bernstein, Norwegian could face daily costs of almost $50,000 per aircraft if the 737 MAX grounding is prolonged.
"We would expect that [the MAX grounding] will increase delays and increase the use of wet leases and [European Union regulation] EU261 compensation and right of care costs in the short term. If that ban would be in place for a prolonged period of time, we would assume that [Norwegian] will lose about NOK400,000 [$47,000] per aircraft per day," said Roeska in a recent research note.

"It is highly likely that they would get compensation for business interruption, so the actual financial impact would be much lower," he added. And that would be money coming out of Boeing’s pocket.

Elsewhere in Europe, Ryanair is due to receive its first 737 MAX next month, as part of a firm order for 135 of the type. The grounding of the aircraft could be "material" for Ryanair, "if there isn't a good fix or if this causes delivery delays," said Roeska. "For now, the company has spares it can use if a delay extends to summer." Ryanair did not respond to a request for comment.

Southwest Airlines, which operates one of the largest MAX fleets with 34, has yet to detail the financial impact of the grounding, although the airline says it affects only 4 percent of its flights. North of the border, WestJet, which operates 13 MAX aircraft, said on March 18 it was suspending all 2019 financial guidance given in December and February, "in light of" the MAX grounding.

As pressure mounts on Boeing, it is worth remembering that the manufacturer was forced to ground the 787 in 2013, shortly after the aircraft entered service, because of issues involving lithium-ion batteries. The aircraft resumed service within a matter of months, with little long-term impact. Whether that will also be the case with the MAX remains to be seen.

"It took three months for a design fix to be identified and installed [on the 787], following which the aircraft safely resumed operations. Values were not fundamentally impacted there," Morris said."We are not in uncharted territory and we will await the outcome of the investigation and any subsequent required design fixes before we can make any opinion about long-term value impact."

Related stories
20 must-have cruise items — including a roll of duct tape
Chase Sapphire Preferred vs. Chase Sapphire Reserve insurance benefits – Which is better?
The complete guide to the Expedia Rewards loyalty program
Not as simple as it seems: How to use JetBlue Travel Bank
Featured image by Getty Images