Boeing Keeps on Producing the MAX; Here's Where It's Putting the Grounded Planes

Articles
Howard Slutsken lives in beautiful Vancouver, BC, and loves to hang out at airports and fly just about anything - especially gliders. He's a frequent contributor to many aviation publications and websites.
Follow
March 15, 2019
•
5 min read 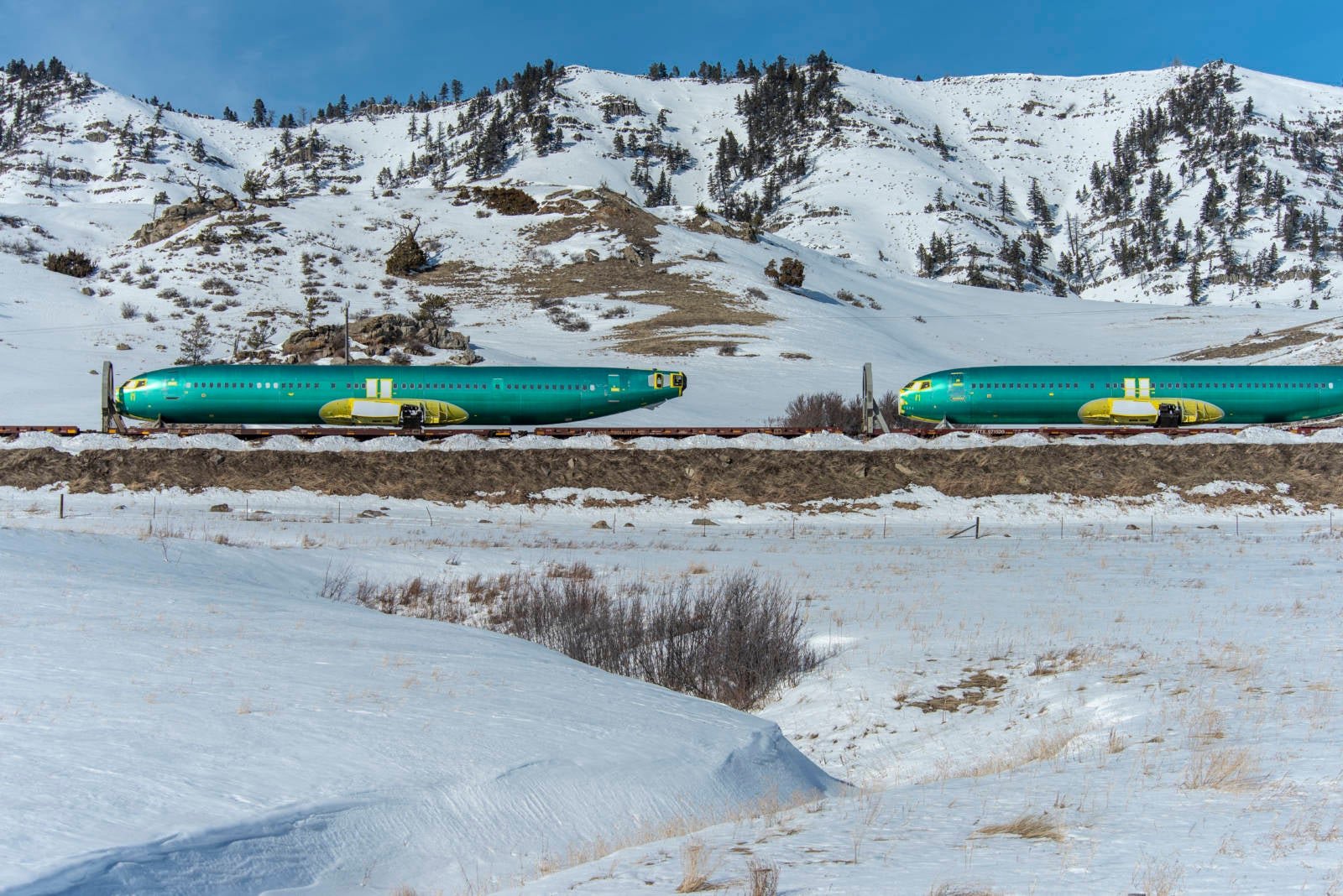 Boeing Keeps on Producing the MAX; Here's Where It's Putting the Grounded Planes
This post contains references to products from one or more of our advertisers. We may receive compensation when you click on links to those products. Terms apply to the offers listed on this page. For an explanation of our Advertising Policy, visit this page.

Boeing’s assembly plant in Renton, outside Seattle, is still humming along, pumping out 737s at the remarkable rate of 52 aircraft per month.

In spite of the worldwide grounding of the 737 MAX fleet after two catastrophic crashes, almost two new planes per day keep rolling off the moving assembly line in the storied facility, where Boeing made in the 1950s its first passenger jet, the 707. In a statement, Boeing has said that it has “paused delivery” of the MAX to customers, but so far has not made a move to slow down the production process.

“We continue to build 737 MAX airplanes, while assessing how the situation, including potential capacity constraints, will impact our production system,” Boeing said.

Although the grounded MAXs aren’t permitted to carry passengers, ferry and test flights are allowed. So, while production continues, the new planes will all have to go somewhere, if airline customers aren’t taking delivery. That's because the single-runway Renton airport has little room for aircraft storage; it doesn't need to. 737s are flown out as soon as possible, and aren't meant to linger at the factory, undelivered and not making money, for more than the time necessary for completion and testing.

So it’s likely that Boeing will ferry new MAXs to other airports for storage: its other factory in nearby Everett, Moses Lake in Washington State, Victorville in California, and others. Moses Lake has lots of room, and Boeing already conducts test flights there; it's where 737s often go when they make their first flight. Victorvile and other desert-climate airports like Mojave, also in California, are good places to store aircraft because the dry air helps avoid rusting.

Boeing also has to consider the complex supply chain behind every airplane it makes. That production system includes Boeing’s suppliers, and the suppliers to the suppliers, of everything that goes into a 737.

From major components like the fully-finished fuselages from Wichita-based Spirit Aerosystems that ride train cars to Renton, to the plane’s CFM International LEAP-1B turbofan engines, and right down to passenger seats and the coffee makers for the galleys, all of the components have to be in the continuous delivery flow to Renton, to meet assembly deadlines.

Boeing was planning to boost the 737’s production rate to 57 per month this spring, and the supply chain was already ramping up to meet that target. If Boeing decided to reduce the rate, or even stop production of the MAX, the resulting far-reaching economic impact would be incredibly severe.

Airlines have been scrambling to recover from the global grounding of the 375-odd MAX fleet.

Thousands of passengers have been affected by flight cancellations and airplane changes. Airlines are making schedule revisions, removing the MAX from routes for upcoming weeks. Mind you, some recovery flights might be also be considered an upgrade: United Airlines deployed a Boeing 777 on a Honolulu-bound flight, Norwegian has shifted 787s to cover MAX routes, and a just-delivered WestJet Dreamliner is being immediately pressed into service. Canadian leisure-carrier Sunwing Airlines has contracted two 767s from Miami-based Eastern Airlines, and those planes are already winging winter-weary Canadians to sun destinations.

And there’s a financial impact looming, beyond the liability issues directly related to the Lion Air and Ethiopian Airlines crashes.

Norwegian Air has said that will seek compensation from Boeing due to the grounding of its MAX fleet, aircraft that are key to the low-cost carrier’s trans-Atlantic strategy. Other airlines may follow suit.

On Friday morning, Air Canada announced that, due to the financial impact of plane’s grounding and pause in deliveries, “it is suspending all financial guidance it provided in respect of the first quarter and full year 2019.” The airline says that it “continues to adapt a contingency plan to address the evolving situation and will provide updates as developments warrant.” Air Canada has 24 MAX 8s, a significant chunk of its fleet, so the grounding is affecting it especially hard. It has even subbed a huge 777-300ER for one of its Hawaii MAX flights.

But how long will it take for the MAX to return to service?

In the wake of October’s crash of Lion Air Flight 610, Boeing began work on software upgrades to the MAX’s flight control systems. The plane’s Maneuvering Characteristics Augmentation System (MCAS) is targeted in the upgrades. Although still to be confirmed as a key factor in the Lion Air and Ethiopian Airlines crashes, MCAS is supposed to assist the pilots by automatically pushing the plane’s nose down when it senses that the plane may be at risk of stalling from having its nose too high.

In a press release from March 11, prior to the US grounding of the MAX, Boeing outlined the software upgrades. In a nutshell, the upgrades would address the issues with the MCAS that may have been factors in the crashes. Although it’s been reported that the software upgrade will be available within days or weeks, it remains to be seen how long it will take to verify, test, and install it, and then return the fleet to service.

And when the plane again takes to the air, will passengers, who are now very aware of the MAX, deliberately avoid it?

Has the trust in Boeing’s newest narrowbody airplane been eroded beyond the tipping point, and has the rhyme, “if it’s not Boeing, I’m not going” seen its day?

Only time will tell.

Our points-obsessed staff uses a plethora of credit cards on a daily basis. If anyone on our team wouldn’t recommend it to a friend or a family member, we wouldn’t recommend it on The Points Guy either. Our opinions are our own, and have not been reviewed, approved, or endorsed by our advertising partners.
See all best card offers
Related stories
News
Now live: Chase Freedom cardholders can earn 5% back on PayPal and Walmart purchases this quarter
News
Hurricane Ian: Airlines join relief efforts, offer bonus miles to customers who donate
Guide
Marriott Bonvoy Bountiful credit card review: Solid sign-up bonus with limited perks
News
Cruise lines begin resuming ship departures from Florida ports that closed due to Hurricane Ian