Airbus lands a helicopter on the tallest mountain outside Asia

Articles
Alberto Riva Alberto runs our flight reviews and oversees special projects across several verticals. Previously, he was the managing editor of Vice News and worked at Bloomberg and CNN, where he was constantly trying to convince people to do more stories about airplanes. He speaks Italian, French and Spanish and one day he’ll be better at German.
Follow
Sept. 25, 2019
•
3 min read 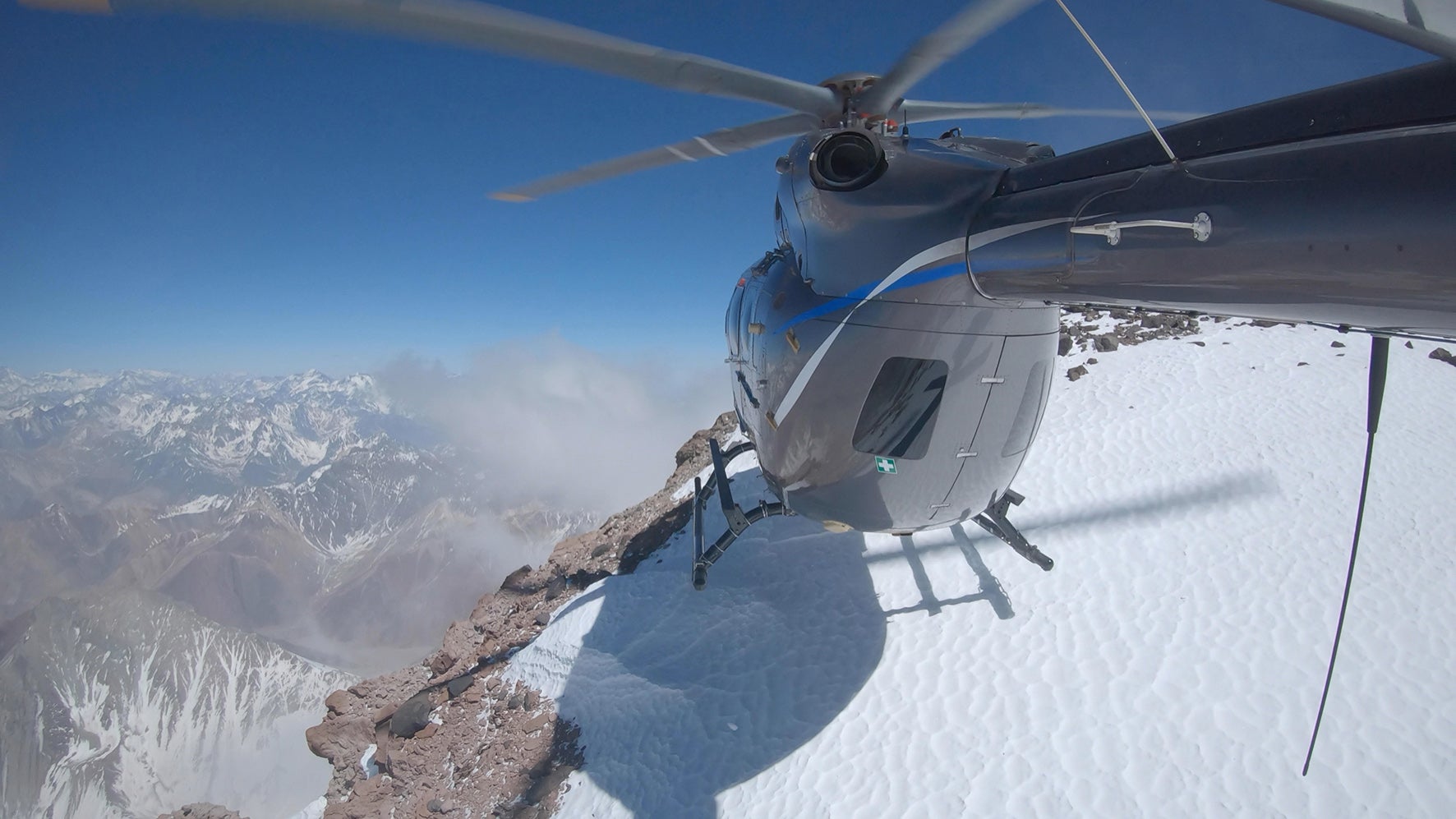 Airbus lands a helicopter on the tallest mountain outside Asia
This post contains references to products from one or more of our advertisers. We may receive compensation when you click on links to those products. Terms apply to the offers listed on this page. For an explanation of our Advertising Policy, visit this page.

Airbus has landed a helicopter on top of the highest mountain in the Southern Hemisphere and outside of Asia, the 22,841-foot Aconcagua in Argentina. The feat is significant because this is the first time a twin-engine helicopter has landed at this altitude, Airbus Helicopters said in a statement on Wednesday.

However, this is not the highest-ever landing for a helicopter. That record belongs to Frenchman Didier Delsalle, who landed a single-engined Aerospatiale AS350 chopper, now known as the Airbus H125, on the top of Mt. Everest in 2005. And, of course, that 29,028-foot record on the highest mountain in the world will never be beat.

Landing helicopters at such high altitudes is extremely challenging since they have trouble generating enough lift in the thin air. That's why helicopter rescues from Himalayan mountains are much more difficult than at lower altitudes. Any added weight, such as an injured mountaineer on a stretcher, also makes lifting off again tough. Not by chance, Airbus Helicopters advertises prominently in its corporate literature that the newer version of the H145 is able to lift 150 kilos, or 330 pounds, more than previous versions. Apparently it's a small figure, but it's a big deal for a medium-sized helicopter.

The H145 is the smaller sibling of the H160, which TPG toured last year while on the ground in New York. It flies all over the world, and in the U.S. it's used most commonly by police departments and in the medevac role, transporting accident victims to hospitals. And if you're wondering whether the Airbus name means that it's made by the same company that makes commercial airplanes, it does: Airbus Helicopters is the rotorcraft division of the group. It was formerly known as Eurocopter and was formed by merging the helicopter-making divisions of the French Aerospatiale and the German DASA.

As for the utility of getting a helicopter to the top of Aconcagua, the feat by Airbus test pilot Alexander Neuhaus and experimental flight test engineer Antoine van Gent does have a practical side. The highest mountain in the Americas is not technically difficult to climb, which prompts many people not acclimated to the extreme altitude to try their luck at reaching the top; several get in serious trouble every year. Helicopters able to quickly bring back a climber in jeopardy from up high can be a lifesaver. "The aircraft performed outstandingly. We flew over the summit of the Aconcagua and still had power reserves that would have allowed us take two people on board,” Neuhaus said.

For the rest of us, there is a less dangerous way of seeing Aconcagua. Towering over nearby summits in Argentina, very close to the Chilean border, it can be seen easily from airplanes approaching the Santiago de Chile airport. Passengers on flights coming into SCL from the north, as most flights from the U.S. will be, might get a glimpse of the mountain out of the left-side windows.

Our points-obsessed staff uses a plethora of credit cards on a daily basis. If anyone on our team wouldn’t recommend it to a friend or a family member, we wouldn’t recommend it on The Points Guy either. Our opinions are our own, and have not been reviewed, approved, or endorsed by our advertising partners.
See all best card offers
Related stories
Guide
Delta SkyMiles Reserve Amex card review: Loads of perks plus a 95,000-mile offer
Guide
Monthly checklist: Credit card perks and benefits you should be using in October
News
American Airlines CEO says he doesn’t know if partner JetBlue has lie-flat seats
News
Hurry: Ride Lyft this month and earn 1,000 bonus Hilton Honors points