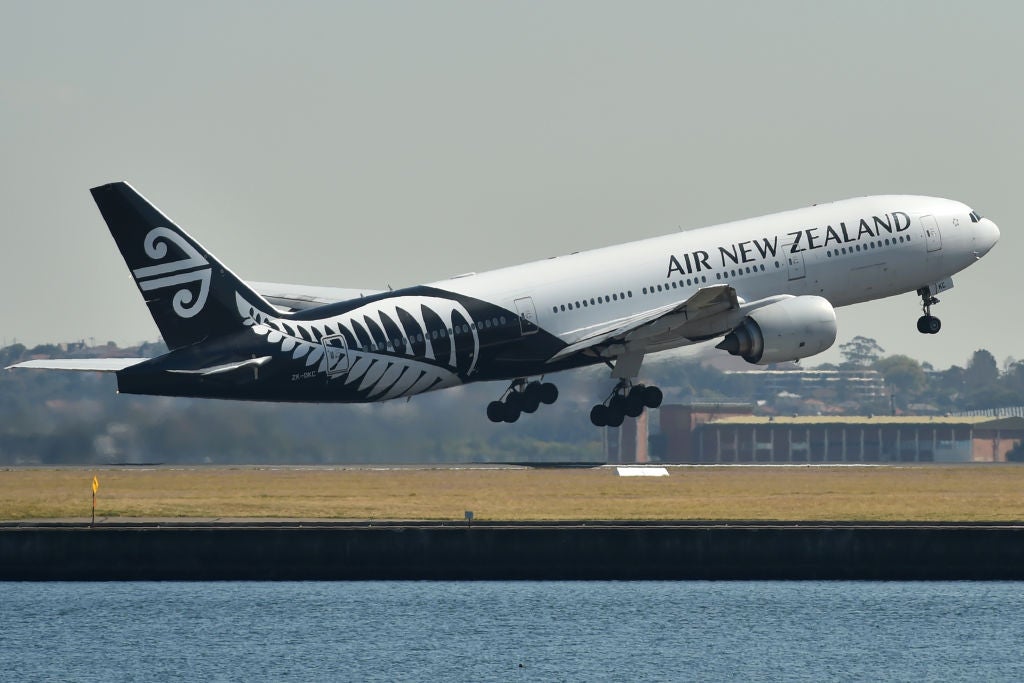 Air New Zealand Says It's Honoring Biz Class 'Special' Fares to Australia — But There's a Catch
This post contains references to products from one or more of our advertisers. We may receive compensation when you click on links to those products. Terms apply to the offers listed on this page. For an explanation of our Advertising Policy, visit this page.

While that deal wasn't very convenient for US-based travelers, Air New Zealand posted an incredible fare on Thursday morning: $1,493 for business class flights from Chicago to Australia. Although $1,500 still is a good bit of money, this is still an incredible deal for business class flights around the world. So, we've held our collective breath to see if Air New Zealand would honor this -- or if travelers would need to reference our Comprehensive Guide to Canceled Mistake Fares.

And reports so far are mixed.

Air New Zealand is telling passengers who reach out on social media that the "special" fares are being honored:

Kia ora JT, thank you for getting in touch. Air New Zealand will be honoring these 'special' fares where the payment has been confirmed, and the booking has been ticketed and confirmed. You will need to confirm this with the original booking. ^WK

However, some TPG readers are reporting on our flight deal post that their tickets aren't being honored. Randy Wheeler gave us a heads up that he "booked via Amex and a few hours later got a call that NZ is not honoring." Reader "AC" booked his flights through FlyWithUs via Kayak and reported on Friday afternoon that he received a call "saying my fare was invalidated." Even worse, he reports that there's a pending authorization on his credit card for $12,000.

After receiving an automated response saying that the airline's media team is away on holiday through Monday, I checked back with the (very helpful and responsive) social media team about this situation. And it seems that the catch with the airline honoring is right there in the original response: "where the payment has been confirmed."

That seems to be the rub. Air New Zealand caught and pulled this "special" fare after only a couple of hours, and that seems to have been the cutoff for when payment must have been completed. That means that anyone who booked through a third party online travel agency might not have had their ticket paid for before the cutoff, and that's the reason some travelers are seeing their reservations cancelled.

The good news is that, if your reservation is currently showing on Air New Zealand's website as ticketed and confirmed, you have nothing to worry about. The airline is assuring travelers that it's honoring these tickets.

However, if your reservation isn't showing up currently as ticketed and confirmed, Air New Zealand's social media team's advice is accurate:

It is recommended that passengers who believe they have purchased these fares, do not make any arrangements around such booking until they receive confirmation from the booking agent.

Indeed, if your reservation isn't ticketed, you shouldn't make any non-refundable plans at this time. After all, the Department of Transportation's protections only cover travelers that pay for "reasonable, actual and verifiable out-of-pocket expenses that were made in reliance upon the ticket purchase." Without a valid ticket, travelers have no guarantee that they'll get expenses reimbursed by the airline.

If your reservation is showing on Air New Zealand's website as ticketed and confirmed, you should be good to go. Unfortunately, it seems that some travelers that booked this deal aren't in this situation, likely as the booking agency didn't complete payment with Air New Zealand by the time the "special" fare was pulled.

If you missed out on booking these specials, don't miss another deal alert. Follow The Points Guy on Facebook and Twitter, and subscribe to text message alerts from our deals feed, @tpg_alerts to be alerted as soon as we post a deal alert.

H/T: Will Run for Miles