Is Acapulco Poised to Make a Major Comeback? 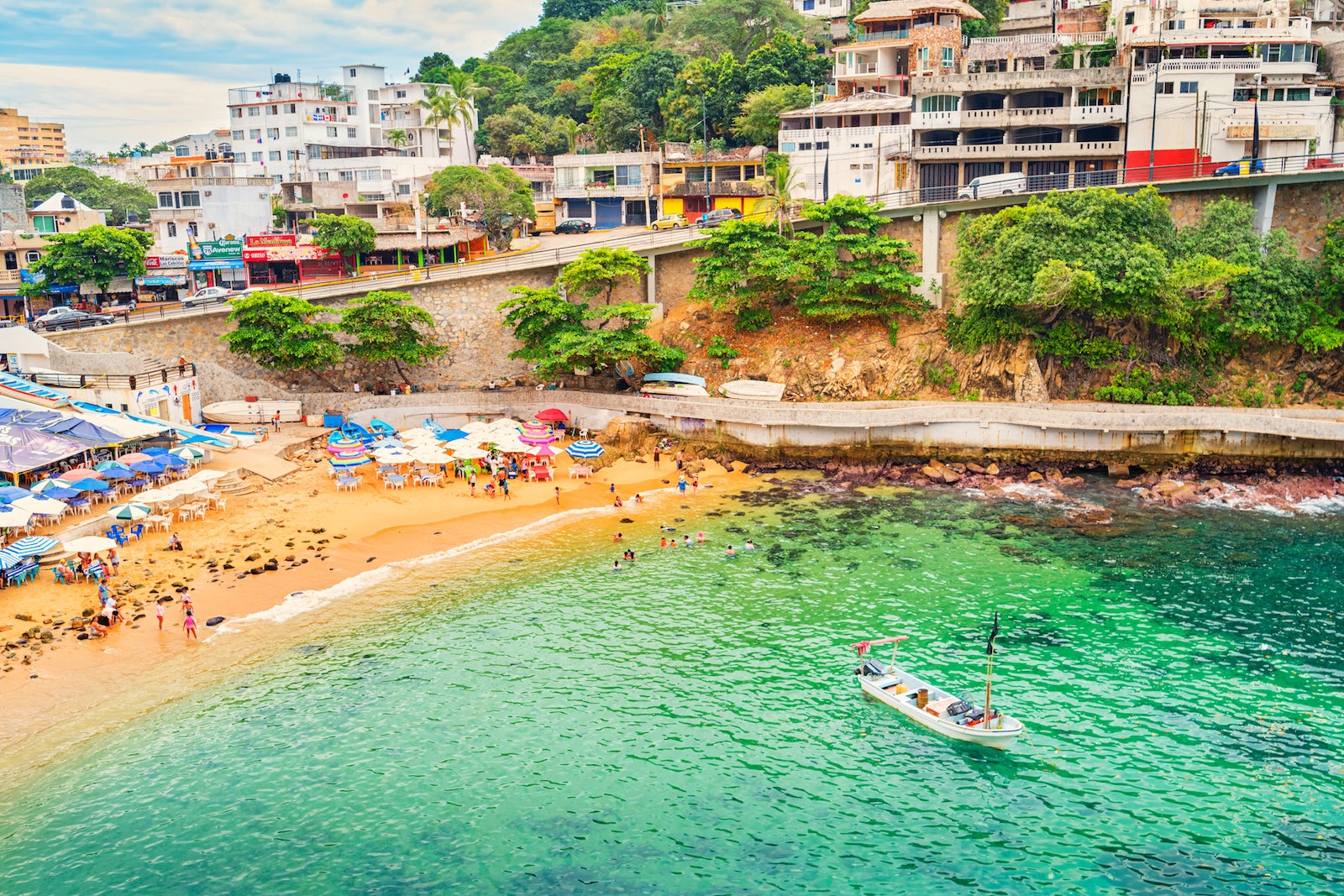 Is Acapulco Poised to Make a Major Comeback?
This post contains references to products from one or more of our advertisers. We may receive compensation when you click on links to those products. Terms apply to the offers listed on this page. For an explanation of our Advertising Policy, visit this page.

For nearly a decade, Acapulco has attracted quite a lot of negative media attention focused on drug cartel violence and corruption in both the government and the police. It's even earned the dubious reputation of the most violent place in Mexico. The result was devastating for international tourism, resulting in the elimination of flights from the US, the canceling of cruise port calls and a plummet in North American tourism numbers.

This once star-studded and glamorous getaway for the Hollywood elite experienced a rapid decline.

But a surprising turn of events — one that members of the travel industry did not anticipate occuring anywhere in the near future — has put Acapulco back into the headlines, only now with a much more positive spin. Investment from the government, airlines and major hotel brands is inspiring people to ask the question: Is Acapulco making a major comeback?

Most recently Acapulco garnered interest when American Airlines announced it was going to reintroduce its nonstop service from Dallas/Forth Worth International (DFW) for the winter season. The airline last flew to Acapulco in 2012. The new route will launch in December with twice weekly service from Dallas. "We made the decision to return to Acapulco as part of the continuous evaluation of our network," said Laura Masvidal, a spokesperson for American Airlines.

Earlier this year during Mexico’s largest international tourism conference, Tianguis Turístico (which was hosted in Acapulco) Mexico’s newest president, Andrés Manuel López Obrador, addressed the crowd during his opening remarks explaining the government’s most recent plan for the resort city on the Pacific Coast.

"Here in Acapulco, for example, [the city] has already started an urban development program in El Renacimiento neighborhood," he said. "We have committed resources for urban development, introducing water drainage, improving the streets, putting in public lighting, expanding and creating centers for recreation and also public safety."

At the same conference, Alex Zozaya, CEO of Apple Leisure Group, a travel group focused on packaged travel from the US and Canada, announced that AMResorts, a subsidiary of ALG, would be opening a Dreams resort this year.

"We want to participate in the process of raising Acapulco up," said Zozaya. "We believe that this destination is attractive by itself. We will bring charters to the destination if we can help improve its image."

Zozaya admitted that it will be a long time before the resort sees a return on investment because of the image of Acapulco in the world's eyes. "But we hope we will have more players in this sector because Acapulco will have better promotion and more products to offer," he added.

When the resort opens, in the bones of the former Grand Hotel Acapulco, it will be a 605-room hotel on Playa Icacos with seven restaurants, four bar and lounges and a Dreams Spa by Pevonia.

"Recently, Acapulco has seen a number of positive changes, which are contributing to renewed interest," said Gonzalo del Peón Suárez, president of AMResorts. "With increased visitor confidence and the addition of Dreams Acapulco Resort & Spa on Acapulco Bay, the destination is poised for growth within the North American market."

These positive changes refer to new developments that have been popping up over the last few years in an effort to reintroduce Acapulco to the tourism conversation for North American travelers. In May 2018, the airport inaugurated a brand new terminal, which increased its arrival capacity to 1.3 million passengers. The city also received a billion-dollar investment from private company, Grupo Autofin. The investment is part of an ongoing revitalization and addition of new tourism projects. This includes the launch of XTASEA, the world's largest over-water biplane that debuted in 2017, as well as the building of an amusement park, a tennis stadium and a medical center.

"The new opportunities to increase North American tourism are going to be very positive because with the introduction of AMResorts and the American Airlines flight from Dallas, I think we are going to attract more attention," said Piquis Rochin, Acapulco’s international promotion director.

Still, changing the entire world’s perception of Acapulco is going to take considerable time. Recently, tourism numbers have been on the rebound. In 2018, for example, Acapulco saw 10.2 million visitors. Yet only 87,000 of them were international tourists.

"The domestic Mexican market has been the primary tourism focus for Acapulco due to its accessibility from Mexico City," said Peón Suárez. "However, flights are being added from the US and Canada, and we believe there's an opportunity to increase North American tourism to this beautiful destination. In the interim, the primary market for the destination and [Dreams] will continue to be local.”

As Zozaya mentioned, it will be a while before the destination sees a return on investment. But for now, the seeds of change have been planted, and with the entry of brands that are familiar to North American travelers, such as AMResorts and American Airlines, comes brand loyalty — or curiosity, at the very least.