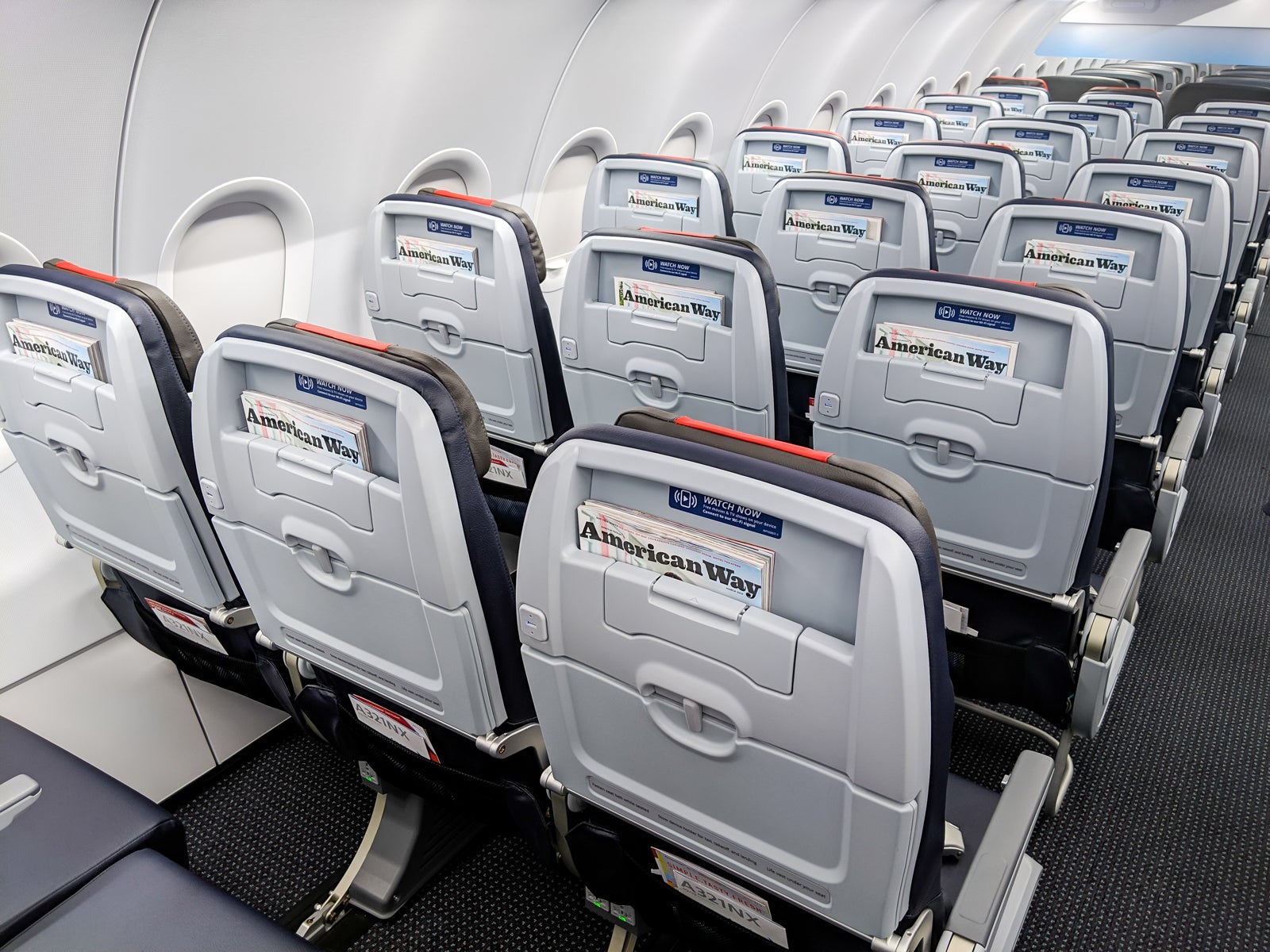 American Airlines' First Cramped A321 Takes to the Skies After Project Oasis Retrofit
This post contains references to products from one or more of our advertisers. We may receive compensation when you click on links to those products. Terms apply to the offers listed on this page. For an explanation of our Advertising Policy, visit this page.

Almost a year to the date after American Airlines' first cramped Boeing 737-800 entered service, AA's first "Project Oasis" Airbus A321 is flying its first revenue flights. On Thursday morning, a newly-retrofit A321 took to the skies packed with more seats than any of the other 218 Airbus A321ceo in AA's fleet. But, unlike the 737-800 Project Oasis retrofit program, this retrofit isn't all bad news.

First, let's take a step back and explain what "Project Oasis" means. American Airlines is in the midst of what it's calling the "largest fleet modernization project in aviation history." The terms "modernization" and "fleet harmonization" may sound positive, but it's generally not been good news for passengers.

Over the last year, AA has been retrofitting Boeing 737-800s with 12 additional seats. In order to make room for those extra seats, AA shrunk pitch in economy to just 30 inches, Main Cabin Extra to 33 inches and first class to 37 inches. That's a reduction of 1-3 inches per row throughout the plane. Plus, AA squeezed the smallest bathrooms it could find -- the broadly-disliked bathrooms that are being installed on the 737 MAX, which measure just 24 inches from wall to wall.

To save costs, American Airlines isn't installing inflight entertainment screens on these Project Oasis retrofits. Some of the 737-800s that have gone into the shop have had relatively new IFE screens installed, meaning that AA is scrapping perfectly-good IFE screens in its quest for densification. In doing so, the airline is having to write-off a substantial cost for retiring these screens five years earlier than originally planned -- leading to some investors questions in the recent first quarter earnings call.

AA hasn't had great luck with its Project Oasis retrofits either. Starting in March, the airline grounded 14 of its Project Oasis-retrofit Boeing 737-800 aircraft after finding issues with how the aircraft were retrofit. This grounding caused the cancellation of dozens of flights per day, an issue that was exacerbated shortly later by the grounding of the entire 737 MAX fleet.

So far, the Project Oasis 737-800 retrofit has been a bust for both passengers and the airline. But, on the retrofit Airbus A321s, the news isn't all bad.

However, many of AA's A321s originate from US Airways and don't have inflight entertainment screens, power outlets or much pitch before the retrofit. This retrofit will add power outlets and much-larger overhead bins to aircraft that have been desperately in need of an upgrade.

And there's good news for American Airlines elites and first class flyers: AA is adding an extra row to the first class cabin. These extra seats will mean more availability -- both paid and award -- than if AA had stuck to four rows in first class. This addition also makes the A321 Project Oasis arrangement second only to AA's ultra-premium A321T aircraft in percentage of first class seats to economy seats.

On Wednesday, the first A321 with the new, tighter cabin (registration N161UW) was ferried to Philadelphia after a two-month retrofit in Greensboro, NC (GSO) -- just an 18-minute positioning flight up from Charlotte (CLT). According to FlightRadar24, the next flight assignments for this newly-retrofit aircraft are to fly out-and-back flights from Philadelphia to Seattle on both Thursday and Friday as American Airlines flight 2846.

When the aircraft was assigned to the flight, we were able to confirm on ExpertFlyer that it had indeed been retrofit with 190 seats:

However, this aircraft is just the the first. Just like it's doing with its 737-800 Project Oasis retrofit, American Airlines is sure to start cranking out the A321 retrofits as fast as it can as it pushes for "fleet harmonization."