American Airlines Just Revealed When It's Getting Its New 787 Dreamliners 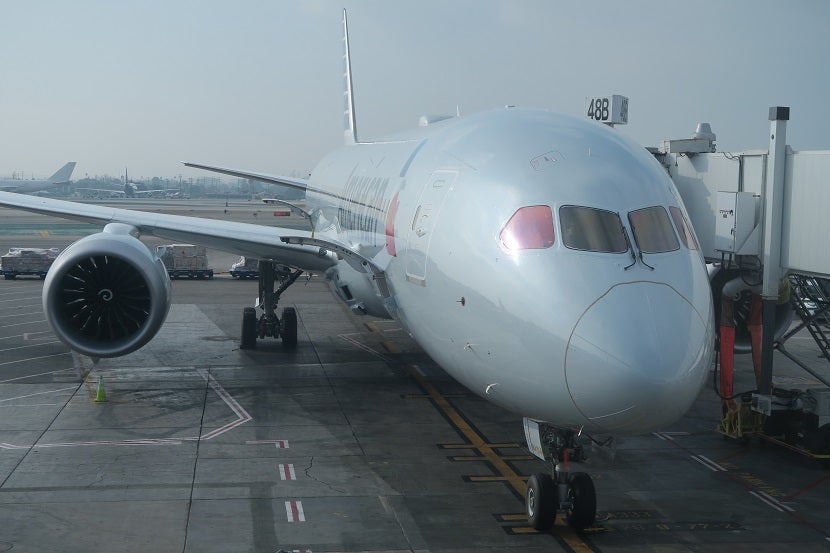 American Airlines Just Revealed When It's Getting Its New 787 Dreamliners
This post contains references to products from one or more of our advertisers. We may receive compensation when you click on links to those products. Terms apply to the offers listed on this page. For an explanation of our Advertising Policy, visit this page.

American Airlines made waves Friday night by announcing a massive new order of 47 Boeing Dreamliners. At list prices, the deal is worth $12.3 billion. Airlines always pay substantially less than list price for orders this large, but this is still the largest order for twin-aisle jets from a US airline in a long time.

Monday morning, we got some more details about this order from a Securities and Exchange Commission Form 8-K filing AA made to inform investors about more details of the deal. Here are the new details:

All new Dreamliners will be delivered by 2026

We knew from the news release Friday that deliveries of the first aircraft in this order would start in 2020, first with the shorter 787-8 model and then beginning in 2023 with longer 787-9s. However, we didn't know how long these deliveries would take. The 8-K unveils that "deliveries (are) scheduled to commence in 2020 and continue through 2026."

AA took delivery of its first 787 Dreamliner in January 2015. So, if all goes according to plan, American Airlines will take a total of 89 Boeing 787 Dreamliners in just over 10 years. Based on current orders, that would make American the largest operator of Boeing Dreamliners in the world, beating All Nippon Airways (ANA). Currently, ANA is the largest operator of 787s with 63 aircraft in its fleet. American Airlines operates 35 today.

While the firm order of 47 aircraft was the figure that made headlines, AA also acquired options to buy 28 more Dreamliners as part of this deal. The form notes that 14 of these would be delivered in 2026 and 2027, with anther 14 delivered in 2027-2028. It looks like AA has flexibility between choosing the 787-8 and 787-9 for these options.

AA is paying an "immaterial"cancellation fee to Airbus

AA announced Friday that it was canceling an order for 22 Airbus A350-900s, which it had inherited from USAirways when the companies merged. Of course it would have to pay a fee for the cancellation. Airlines can get out of these by changing their aircraft order to another aircraft type by the same manufacturer; AA could have switched to ordering the A330neo instead — but it didn't, for the same reason it cancelled the A350 order.

However, it was unclear just how much AA would have to pay. In the 8-K, we are only clued in that this fee isn't material enough to disclose it in this filing: "American expects to record a special charge to earnings that is not material to American’s financial position."

This one is especially for the nerds. The 8-K discloses that (emphasis added):

On April 6, 2018, American Airlines, Inc. (American), a wholly-owned subsidiary of American Airlines Group Inc. (AAG), entered into an amendment (the Amendment) to the Purchase Agreement No. 3219, dated as of February 1, 2013, between American and The Boeing Company (Boeing) pursuant to which American agreed to acquire an additional 47 Boeing 787 aircraft.

So, technically, this wasn't a new order. Instead, it was an amendment of AA's order from 2013. We can only speculate exactly what this means in practicality. Could it mean that AA got the same price for these new Dreamliners as it paid in 2013? Were there other especially good terms in that purchase agreement that AA wanted to retain for these 47 new aircraft?